As a politician, broadcaster, advocate and speaker of truth to power, Rafe Mair was crucial to the public conversation in B.C.

When, just two weeks ago, he died at age 85, the tributes poured out.

Rafe left provincial politics for the airwaves, his radio shows reaching people not just in B.C. but across Canada with his hard-nosed commentaries and fearless interviews, always in defence of the province he loved.

When his radio employer dropped him despite top ratings, The Tyee was pleased and fortunate to provide Rafe a home. For over a decade, he was a regular Tyee columnist enjoying zero censorship, as he himself proclaimed. Here at The Tyee, Rafe was free to wield facts and common sense against forces of greed and destruction — and to defend B.C.’s natural legacy.

Rafe Mair earned the title “conscience of the province,” as Tyee Founding Editor David Beers stated the day after he passed away.

That is why The Tyee is honoured to announce that we — with your help —will be launching the Rafe Mair Memorial Fund, dedicated to funding investigations and solutions reporting about environmental issues in B.C. As Rafe regularly reminded us, there is no shortage of stories to cover, whether it be Site C, fracking, mining, wild salmon, pipelines, run-of-river generators or forest habitat. And we invite you to add your own topics to the list. 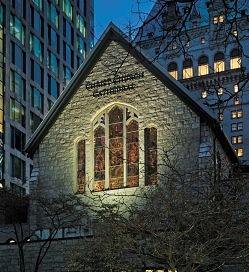 Tyee readers and all other members of the public are invited to a memorial service for Rafe Mair to be held Monday, Oct. 30 at 11 a.m. at Christ Church Cathedral, 690 Burrard St., Vancouver. Speakers will include environmental advocates Joe Foy and Damien Gillis.

Every Tyee article supported by the Rafe Mair Memorial Fund will include a special note linking to a page reminding readers of who Rafe was and the deep extent of his legacy. The page will include you among a list of fund contributors (unless you choose to remain anonymous). If we can grow it large enough, The Rafe Mair Memorial Fund will also support fellowships for emerging environmental reporters to allow a young journalist to dig deep into an environmental story with mentoring from senior journalists and editors. Thanks to that investment, the fund will help train the next generation of environmental watchdogs.

Wendy Conway-Mair, Rafe’s wife, is enthusiastically behind this project: “Rafe would be thrilled that the Tyee is setting up a memorial fund in his name to further the legacy of fearless environmental reporting in B.C.,” she told us. “As he mentioned in one of his books, ‘Man is charged with the responsibility to leave the environment as he found it and, in our case, to restore and enhance that which has been harmed. Every living creature is in our care and every species that becomes extinct is a mark of shame against our names.’”

Please consider making a monthly contribution. It will allow the Rafe Mair Memorial Fund to grow and last, support ongoing fellowships and build up environmental journalism in British Columbia.

As Rafe once wrote in the Tyee, “I see my mandate (self-imposed to be sure) as a prod who constantly holds the establishment's feet to the fire.” We think Rafe would be pleased with a memorial that empowers others to pursue that same mandate. Like so many others, we at The Tyee miss Rafe Mair terribly. But we recall that Rafe was never a fan of moping about when there was an opportunity to take action. This is your invitation.

Will you help continue Rafe Mair’s legacy? Click here to give to the Rafe Mair Memorial Fund now.