Last week I offered some analysis of the housing platforms of the “major” federal parties: Liberal, Conservative and NDP. All of them in my view came up short, largely by doing nothing to quell the raging dumpster fire of urban land price inflation, and, if anything adding more fuel to the fire by adding incentives which would only further inflate home prices.

Well, there is one Canadian party, sadly polling in just the single digits this time around, that gets it more right than wrong. The Green Party of Canada has a platform on housing that seems to at least be operating in the real world — the real world of perpetually out of control housing costs — and provides policies that just might work.

Rather than put tax dollars into the hands of home purchasers to bid up prices, a process that only directs those dollars to the overstuffed pockets of the real estate industry, they opt for the opposite. Their plan calls for a revival of the lost Canadian art of supporting an alternative to the out-of-control housing market by prioritizing the creation of non-market housing. This in the form of housing co-ops and non-profit, permanently affordable rental housing.

Here they revive a Canadian tradition that was crushed under the neoliberal wave engineered under both Brian Mulroney and Jean Chrétien, two leaders who believed the Ayn Randian nonsense that government had no business in making sure Canadians deserved a roof over their heads. In so doing, they liberated a housing market from competition with a non-market housing sector and unleashed 30 years of ever more unaffordable and precarious housing for wage-earning families.

The Green party is the only one that dares to live up to our national promise to ensure all Canadians access to housing, obligated by our signature on the UN Human Right to Adequate Housing (1948 and 1966).

Linked to this commitment is an awareness that the housing market is now operating in a way that exacerbates inequality. Federal programs that merely promote “more housing” in the hopes that this will reduce prices for Canadians have failed miserably. The Greens call for the Canadian Mortgage and Housing Corp. to give up its decades-long practice of backing up private developers with low-risk loans and return to their original mandate: backing up housing that is guaranteed to be perpetually affordable by average, working families. 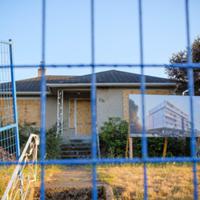 Finally, they totally “swing for the fences” by having the courage to say out loud what is becoming more and more glaringly obvious. That the issue of affordable housing is inextricably linked to income, and that given recent changes to the global and national economy, it’s no longer reasonable for a just society to leave citizens to sink or swim in a post-industrial free-for-all — one increasingly characterized by jobs lost to AI and industrial automation.

The benefits of these labour-saving trends must be balanced by an income floor for all citizens. Absent that, social and political frictions will reach a breaking point. A guaranteed annual income must be married to a fair housing strategy, they argue.

There is more, such as a national policy on vacancy control and other initiatives on fair access to the nation’s housing stock, and I hope the platform is widely read.

It’s sad that the Green party is polling so low nationally. But perhaps a reasonably strong showing next week and a minority government that gives their MPs a housing file could offer some hope to Canadians struggling to find secure housing.