In Vancouver where affordable housing is so badly in need, why is it so challenging to add a small “infill” home on a lot zoned for it?

That’s a question journalist Frances Bula asked while detailing her family’s experience of building a laneway house behind their East Vancouver home. She discovered that attempts to construct a compact, environmentally sensitive and heritage-compatible home for one’s family can involve major feats of fortitude and endurance.

The villain of this story is not the builder or the rising costs of construction materials. Instead, it is an amorphous entity routinely called "the system.”

The system is famous or infamous amongst those (like myself, a small home builder) who make the weekly or daily trek to the offices of the city’s planning department.

Architects, builders and homeowners are well versed in the etiquette of waiting, submission, consultation and collegiality that is performed at the desks of planners and plan checkers. These days, however, rituals performed for the system have become frustratingly difficult.

Staff have inherited a situation where there is little opportunity for their initiative to aid efforts to expedite the small, but important approvals. A myriad of departments have equal authority vying for their specific agendas and goals. These lie within planning (landscaping, sustainability, heritage and development services), building (construction, inspection and code adherence) and engineering (sewer separation).

In effect, the system is unworkable for those homeowners and small builders who find themselves caught with its labyrinthian webs of governance.

Bula’s small infill home took a total of five years to design, approve and build. Four years of this process were spent waiting for the granting of building and development permits. This was for a 1,040 square foot home that, as Bula describes it, “was essentially the same design as when it was first planned.”

The situation that Bula describes in her Globe and Mail series is noteworthy not just for the pain and expense that the process cost her family, which was considerable. Rather, it speaks to how our desire to provide affordable housing for ourselves and others is stymied by a complicated bureaucratic process.

The intended goal of facilitating housing that is attainable, unobtrusive and a good neighbour to green streetscapes (in other words, "soft density") is overwhelmed by an inflexible process. The end result is a system that prohibits those things that it purports to cherish. And those seeking to build equity in the market, or pay lower rents for more space, are left behind.

How did this situation come to pass? A brief history of planning in the City of Vancouver may offer a few answers.

Nearly every aspect of the rules and regulations conducting civil life in Vancouver is governed through a 1953 provincial statute called the Vancouver Charter. The Vancouver Charter gives city council the discretion to set rules and bylaws regulating land-use and building in the city. Split between the two sections of building (construction, classification, permits, powers of inspection, etc.) and planning and development (zoning, regulating maximum floor-space ratio, landscaping, design, etc.), the Vancouver Charter outlines the minutia of regulation that pertains to each.

It is easy to recognize the accumulated weight of applicable regulations that have accrued over the past 70 years: layer upon layer of regulatory sediment, some washed away by time, others more firmly embedded, with each new cohort of staff inheriting this particular geology.

One piece of regulatory sediment that has remained relatively undisturbed is that singularly large amount of city land zoned single-family residential. Vancouver’s formative urban plan was created by Harland Bartholomew in 1930, when the three previous municipalities of Point Grey, South Vancouver and Vancouver were amalgamated. Foremost in this plan was the establishment of exclusive zoning for west side single-family neighbourhoods, in which large lots of 40 by 120 feet were preferred, (thus ensuring more expensive homes). Apartment buildings and storefronts would be forbidden and front-yard setbacks from the sidewalk would be 20 feet. The continued legacy of class segregation of this plan is as much in evidence today: the wealthy congregate on the west side and working classes in the East Hastings corridor and South Vancouver.

In his 1933 book The Radiant City, the architect Le Corbusier defended his modernist vision of “right angled intersections” by responding that, “The despot is not a man. It is the Plan. The correct, realistic, exact plan.... It is a biological creation destined for human beings and capable of realization by modern techniques.”

Is it possible that we find such essentialism in single-family residential zones?

It is certainly ironic that those very regulations established to maintain the "quality" of neighborhoods now prevent the creation of small quality housing that could revive such neighbourhoods. A number of Bartholomew’s esteemed west side single-family neighborhoods are now residential and retail deserts as a result of 17 years of speculative purchasing and development. And on Vancouver’s arterial streets, older rental units and local shops are routinely demolished for free-hold condos.

The plan still functions to maintain exclusivity for the purposes of wealth. The consequences, however, have become more dire, as thousands of people in Vancouver have lost their homes and can find nothing to replace them.

We can, at the very least, be mindful of the effects of the plan upon the city’s inhabitants. This does not necessary mean that Bartholomew’s residential neighborhoods should be studded with high-rise rental towers. But it does mean that the development of soft-density, such as coach-houses, pocket-neighborhoods and multi-family heritage conversions, should be given the regulatory support due to that which creates valuable housing.

The plan does not fit our current needs. The system has become so dysfunctional it requires four years for development and building permits. Clearly, we need to replace it with a progressive system of facilitating practical, timely and common-sense solutions.

Let’s begin by saying "yes," rather than abiding by the institutional culture of "no."

Let’s recognize that small housing gains are just as, if not more, important to stabilizing and strengthening our neighbourhoods and shopping streets. 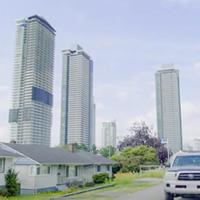 Postscript: Last spring, the city did appear to take action. At the end of May, a motion to expedite permitting procedures was introduced by city councillors Sarah Kirby-Yung and Lisa Dominato. It was quickly shot down.

In early June, planning staff introduced their “Internal Development Application and Permitting Modernization Task Force” to council. This motion was debated for two nights and passed, but with little teeth left.

In later conversations with staff, the outcome was deemed to have modest to nil impact on the approach to permit processing and did little to address backlogs. Industry consultation amongst builders brings the same rehashed conversations to the same meetings — in short these are meetings to have meetings.

To date, permit processing time remains backed up and delayed, with new home permits still languishing in the system. Who among our civic leaders will put their political energy behind fixing this broken part of the system?