Along an 80-kilometre stretch of the Fraser River, between the towns of Hope and Mission, beats an important ecological heart.

In addition, the area supports an exceptional diversity of birds and other wildlife, and provides cultural, recreational and economic opportunities for First Nations, local communities, outdoor recreation enthusiasts and many others.

No wonder it is often called the “Heart of the Fraser.”

When I first paddled this section of river in 1975, I remember being taken aback by its beauty: its extensive gravel bars, forested banks and lush back eddies. I knew at first glance it was an exceptional part of the Fraser, and it has since become widely known as one of the most productive stretches of river anywhere on the planet.

The Fraser River is renowned as one of the world’s greatest salmon rivers. For millions of years, salmon have undertaken their extraordinary journey from the Fraser and its many inland tributaries to the ocean and back, nourishing forests, wildlife, people and cultures along the way.

Unfortunately, this vibrant ecosystem is increasingly at risk due to extensive habitat loss from industrial development, agricultural expansion, urban encroachment and resource extraction.

Some of the major islands that remain undiked, such as Herrling, Carey and Strawberry, have been bought by developers and extensively clear cut — often to the river’s edge, to the detriment of vital fish habitat. This is cause for alarm, because during the freshet — when the river floods due to heavy rain or melted snow — millions of young salmon move onto the wetted areas of these islands to seek refuge from high flows.

As still another example of human-caused harm, earlier this year a video surfaced showing off-roading trucks — rolling to a soundtrack of country-trap artist Breland’s cheeky My Truck — repeatedly crashing through the area’s most productive side channels that were filled with incubating salmon. Large numbers of fish were killed.

These are just a few of many unsustainable practices that continue to damage the river and push salmon stocks increasingly closer to the brink of extinction.

From a management perspective, a major shortcoming is that there is no collaborative plan aimed at protecting the immense natural value that exists within the Heart of the Fraser. Without such a plan, we run the risk of this part of the river ultimately suffering “death by a thousand cuts.” 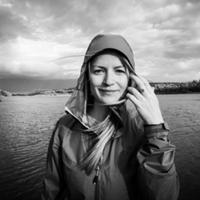 The Indigenous Scientist Charting the Future of Fisheries, One Salmon at a Time

In response, some of the province’s largest conservation groups — the Outdoor Recreation Council of BC, the Watershed Watch Salmon Society, and the BC Wildlife Federation — have written to the federal fisheries minister, Bernadette Jordan, asking that Fisheries and Oceans Canada formally list the Heart of the Fraser as an Ecologically Significant Area under the Fisheries Act.

The groups specifically note that a focus should be placed on the undiked islands, as they provide crucial habitat for numerous fish species. We believe there is no better first candidate for ESA designation under the new, modernized Fisheries Act than the Heart of the Fraser. Such a classification is easily justified given the area’s global significance and its extraordinary role in supporting and nurturing the Fraser ecosystem. In addition, this part of the river faces numerous immediate threats that ESA designation could help to curtail.

Just as importantly, the application of this designation to the Heart of the Fraser would lead to a much more precautionary approach to management and would provide the impetus needed to develop a thorough conservation plan in consultation with First Nations, experts and stakeholders.

While public awareness and enhanced enforcement efforts are key to ensuring compliance with the Fisheries Act, recent history has shown us that this alone will not be enough to protect the ecological integrity of the Heart of the Fraser and the immense fish populations that it sustains. Bold and extraordinary actions are now needed if we are to save one of the greatest natural habitats in our country.