There’s a drug treatment demonstrated to shorten a patient’s recovery time from COVID-19. But the U.S. just bought it all up. On June 29, the chairman and CEO of Gilead Sciences released an open letter on the pricing of remdesivir, one of the few drugs shown to be useful in treating COVID-19.

It stated the price for governments in developed countries will be a nonnegotiable US$390 (C$530) per vial, with the vast majority of patients receiving six vials over the course of treatment. The next day, headlines announced that the United States had contracted with Gilead to purchase its entire supply for the next three months.

These are both signals that it is time for Canada to make use of its newly invigorated compulsory licensing powers.

Gilead owns the patent for remdesivir. Normally, this gives the company control over who can make the drug. A compulsory licence would allow someone else (it could be a public agency, or another drug company) to make the drug without Gilead’s permission. Gilead still owns the patent, and indeed would receive a royalty for its use; it would simply lose its monopoly over the supply.

Compulsory licences are entirely legal under the laws underpinning the World Trade Organization, where they serve as an important safeguard for public health, offering leverage in negotiations on access and price and a fail-safe if negotiations are unsuccessful.

Indeed, Canada was at the forefront of promoting them within the WTO as a means to improve access to antiretroviral treatment for HIV in low-income countries. Domestically, however, Canada is far from its late 1960s to mid ‘80s heyday, when major Canadian companies like Apotex and Novopharm were built upon selling generic drugs via compulsory licences granted as a matter of course.

Under pressure from the U.S. during trade negotiations, and also in the misguided hope that stronger patent protections would lead to increased pharmaceutical research and investment in Canada, the Canadian government shifted away from compulsory licensing until it had disappeared almost completely from the health policy playbook by the end of the 20th century.

That was until the COVID-19 Emergency Response Act was passed in March.

Among its provisions, it revises the Patent Act to temporarily streamline the compulsory licence process in cases where it’s necessary to respond to a public health emergency. In essence, this process automatically authorizes a compulsory licence if the minister of health submits an application indicating that a national public health emergency exists. Currently, this new authorization process is only in effect until Sept. 30; once issued, the licence would remain in effect for one year (or less, if the minister indicates it’s no longer necessary).

To be clear, remdesivir is no silver bullet. Rather than a cure, current evidence suggests it shortens the recovery time in patients hospitalized with COVID-19 by a few days. Nonetheless, a faster recovery time may prove valuable, particularly given emerging evidence of the harms and potentially long-term effects of the disease in survivors.

Its benefits may also accrue as additional treatments become available; such has certainly been the case with combination therapies used for viral infections like hepatitis C and HIV that have proven to be greater than the sum of their parts. Ultimately, the precise role remdesivir plays in Canada’s COVID-19 response will depend on two things: The first is expert appraisal of still-evolving evidence of its value from a medical perspective; the second is whether doctors can actually get their hands on it.

In turn, the barriers to access — a patent monopoly that has combined nonnegotiable high prices with, currently, zero access to a supply — are exactly the barriers a compulsory licence is best suited to address. The right tool for the job is available right now; it should in turn be used to fix a serious problem now while it affects a comparatively small number of patients.

Ensuring access is the central reason behind issuing a compulsory licence, but not the only one. Showing a willingness to actually use this tool reinforces compulsory licensing as a bargaining chip.

Canada’s last foray into compulsory licensing of this kind, when trying to secure supplies of ciprofloxacin (a.k.a. Cipro) post-9/11, admittedly went awry thanks to some major missteps in execution, but the new public health emergency mechanism for compulsory licensing nearly two decades later is straightforward and, hopefully, largely foolproof.

And while some might question flexing such muscle against Gilead, one of few innovative pharma companies with any real research presence in Canada, perhaps the question should be reversed: How much does Canada owe a company that won’t supply it with a drug at all, at least for the next few months, even putting aside any concerns over price?

Canada would also benefit from experience tackling other unforeseen barriers now, rather than making its first attempt with, say, ensuring universal access to a vaccine crucial for a return to pre-coronavirus normalcy. As an example, Gilead has signed confidential licensing agreements with numerous pharmaceutical producers around the world, preventing them from selling generic versions of the drug in wealthy countries. 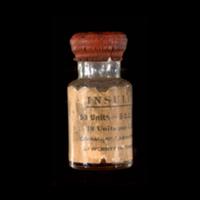 Similarly, Canada itself many need to tackle self-imposed limits on where it can obtain compulsorily-licensed medicines, or even revisit the option of a publicly owned manufacturer if commercial alternatives are not feasible.

It is better to test the waters now in terms of willing and able suppliers rather than waiting until the wolves of the second wave are growling at the door.

Patents are by no means the only barrier to accessing treatment for COVID-19 in Canada. Dexamethasone, another drug showing benefits for certain patients, was discovered in the 1950s; its patents expired decades ago. Nonetheless, the oral form has been in tier 3 shortage (“those that have the greatest potential impact on Canada’s drug supply and health care system”) since May 1, weeks before its use for COVID-19 was announced publicly and the resulting surge in demand.

COVID-19 has underscored multiple weaknesses in Canada’s pharmaceutical system. It has also emboldened the government to place the long-ignored option of compulsory licensing back on the table.