In June, Prime Minister Justin Trudeau was asked about the impact on his feminism of dealing with “tough women” in his cabinet.

In response, he said: “It increases my feminism. It continues to challenge and make us think differently about it.”

It should continue to challenge him. A feminist analysis of the breakdown in the relationship between Trudeau and Jody Wilson-Raybould after she alleged that she faced improper pressure to prevent the criminal prosecution of SNC-Lavalin suggests that he still struggles to work with women in powerful roles who do not share his agenda.

Trudeau tells Wherry: “I grumbled to myself that it was difficult for me to not have a minister of justice that I was super-sympatico with.”

Down Girl: The Logic of Misogyny, the 2017 book by Cornell philosophy professor Kate Manne, gives us a framework for understanding this type of conflict. Men, she argues — especially the most privileged men — operate with the tacit expectation that they can rely on women for moral support. Women are expected to provide collective moral approval and admiration.

Trudeau’s avowed feminism, his famous gender-balanced cabinet in 2015 and his government’s women-directed policies only increase this expectation.

When women do not provide the expected support, it is seen by men as a personal betrayal. And, as Manne points out, those women are in the wrong from the perspective of social standards that continue to enforce these expectations.

It’s therefore not surprising that Trudeau would continue to perceive himself as having done nothing wrong in the SNC-Lavalin affair.

The use of the word misogyny is not meant to suggest that Trudeau dislikes women, or even fails to view them as equals. From this structural perspective, he sees Wilson-Raybould as part of his team, and because of that sees her, as a woman, as having an obligation to support and advance his interests. This is why when she stood up for the political independence of the attorney general, he took the situation so personally.

Wherry also reveals in his book that negotiations to keep Wilson-Raybould and former health minister Jane Philpott in caucus ultimately floundered because Trudeau would not admit any wrongdoing on the SNC-Lavalin case.

Announcing their expulsion from caucus, the prime minister described the ultimate cause as one of lost trust.

This is also consistent with a structural analysis of misogyny. “Moral criticisms,” Manne writes, “are likely to seem like transgressions or bald-faced lies.”

In her own testimony to the House of Commons Justice Committee in February, Wilson-Raybould reported that “the prime minister asked me to help out — to find a solution here for SNC.”

It was clear from the rest of her testimony that members of the Prime Minister’s Office conceived of Wilson-Raybould’s role as one that supported Trudeau’s agenda. When she continued to refuse to interfere with the prosecution and to force a deferred prosecution agreement for SNC-Lavalin, Mathieu Bouchard, a senior adviser to Trudeau, raised the upcoming election.

The implication was that she should “do the right thing” in order to help the party win re-election and Trudeau another term as prime minister.

The expectation that Wilson-Raybould’s primary obligation is to Trudeau and the party, despite the importance of independence in her role as attorney general, also fits with the patterns Manne identifies in her book. Misogyny is a mechanism for keeping women in their place. It is how women who fail to meet the expectation that they “help out” are chastised.

Women who not only do not provide this help, but demand that they’re respected and supported in their projects, are, writes Manne, “perceived as greedy, grasping, and domineering, shrill and abrasive, corrupt and untrustworthy.”

Trudeau, like all of us, is subject to social forces that operate well below the level of our consciousness. Often these social forces — in this case the forces of patriarchy — are incompatible with our strongly held moral commitments. The prime minister could be genuine in his feminism, but it can be difficult to adhere to feminist commitments against the background of misogynist social institutions. 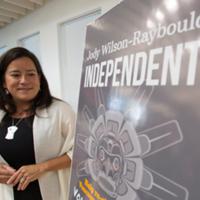 Jody Wilson-Raybould on Her Path to Independence

The sense of personal betrayal that Trudeau felt when he grumbled about the difficulty that his relationship with Wilson-Raybould caused him is a product of these social institutions and the gendered expectations of support that are a part of them.

If anyone should feel let down by these events, it is Wilson-Raybould. The attorney general should be supported by the prime minister in fulfilling her role as Canada’s chief legal advisor.

The SNC-Lavalin scandal is a reminder that in government, policies matter more than the moral commitments of individuals. Trudeau’s feminism did not protect him from the personal failures that lead to the ethics commissioner’s conclusion that he wrongly used his position of authority to pressure Wilson-Raybould.

A firm policy in the PMO on respecting the political independence of the attorney general might have served him better when Wilson-Raybould first cautioned him against interfering in the SNC-Lavalin case.