Every member of the B.C. Legislature should memorize the Iron Law of Megaprojects.

It’s pretty damn simple: “Megaprojects will be over budget, over time, under benefits, over and over again.”

The law applies to nine out of 10 megaprojects under construction in Canada or around the globe.

The unneeded Site C dam, the largest infrastructure project in the history of the province, proves the law and then some.

Just two years into a projected nine-year construction schedule, the BC Utilities Commission described the controversial project as high risk, over budget and behind schedule, and based on faulty energy forecasts. It also concluded that energy alternatives would cost less if the project exceeded costs of $10 billion. The current forecast is for a $10.7-billion cost.

Bent Flyvbjerg, a Danish geographer and Oxford business professor who coined the Iron Law of Megaprojects, probably wouldn’t be at all surprised by the government’s irrational approval of Site C.

For years now, the Dane has studied the economics and propaganda driving megaprojects around the world in order to explain why more are being built even though few deliver anything but broken promises and massive public debt.

And by few, Flyvbjerg really means few: about one in a thousand actually achieve their stated goals, he reports.

Flyvbjerg, author of books and articles on the global phenomenon, notes megaprojects have been called the “Vietnams” of policy and management because they are “easy to begin and difficult and expensive to stop.”

Flyvbjerg also found that megaprojects tend to guarantee “the survival of the unfittest” because the worst projects — like dams — keep getting built.

Megaprojects also suffer from a profound paradox: while 90 per cent go over budget and rarely deliver any real benefits, governments and corporations keep hailing them as political triumphs and models of success.

Premier John Horgan seemingly embraced the paradox by approving Site C in December and by ignoring the evidence assembled by the BCUC inquiry.

Big projects have always failed, but technological society has aggravated that problem by building more and bigger megaprojects than ever before.

China, of course, is the mega-king of megaprojects and one of its state-owned enterprises — barred from bidding on World Bank projects for seven years due to fraudulent practices — will likely play a role in building Site C.

Megaprojects include just about any kind of complex infrastructure that costs more than a billion dollars and take years to complete. They include pipelines, dams, high-speed rail, Olympic Games, LNG terminals, oilsand mines, airports and digital information and communication projects.

As the fat and entitled children of technological society, megaprojects first appeared on the global scene after the Second World War. Until then, a big project cost millions of dollars.

In the 1970s, the term megaproject appeared in print and engineers scaled everything up. That’s also when the cost of large projects entered the billion-dollar realm. Today, some high-speed rail projects can exceed $100-billion price tags.

As a consequence, megaprojects have become a global megabusiness and now gobble up about $6 to $9 trillion a year, according to Flyvbjerg, or “approximately eight per cent of total global gross domestic product.” That’s equivalent to spending five to eight times the accumulated U.S. debt to China every year.

Politicians love megaprojects because of what Flyvbjerg calls a number of “sublimes,” or what others would call hubris or snake oil.

Promoters usually pitch the projects as triumphs of technology, which has become North America’s new religion.

B.C. politicians and promoters typically claim that Site C is “a clean energy technology” that will deliver “affordable electricity,” even though no science or economic analysis supports such statements. (Technology, the only solution to every political problem, now serves as a sort of pornography for politicians.)

Then comes the political sublime or “rapture” of building big monuments to political vanity. The political rapture is followed by an economic rapture about the promise of jobs for a lucky few.

Megaprojects involve so much money that “contractors, engineers, architects, consultants, construction and transportation workers, bankers, investors, and lawyers” all line up at the trough, Flyvbjerg writes, and the projects create their own class of payola-seekers.

If done right, megaprojects can create jobs and leave a valuable public legacy, says Flyvbjerg, but that’s a precious and rare “if.”

In fact, the overwhelming fiscal evidence shows that conventional megaproject delivery “is highly problematic, with a dismal performance record in terms of actual costs and benefits.”

Take Manitoba Hydro’s Keeyask Dam on the Nelson River and the associated Bipole III transmission export line as an example. Billed as a $6.5 billion project in 2014, it has become a $8.7 billion-megamistake with no prospect of a foreign market.

Experts have called the project, propelled by the Manitoba government, a “risky investment strategy” that will impose massive debt on Manitoba taxpayers.

According to Flyvbjerg, megaprojects deliver consistently bad results for 10 reasons.

That leads politicians to two errors. They approve projects that are not financially and economically viable. Or they fail to consider smaller projects that might have delivered higher returns and greater social benefits.

Both cases, writes Flyvbjerg, result in “the misallocation of resources and, for public projects, waste of taxpayers’ money.”

The evidence, he adds, shows that governments need to “go slow” in planning and assessing megaprojects and move quickly later in the process.

But politicians often do the opposite, exemplified by former premier Christy Clark’s attempt to push Site C beyond “the point of no return” as quickly possible.

The results of pushing megaprojects instead of critically assessing their value and need are predictable, warns Flyvbjerg:

When “front-end planning is rushed and deficient, bad projects are not stopped, implementation phases and delays are long, costs soar, and benefits and revenue realization recedes into the future and diminishes.” 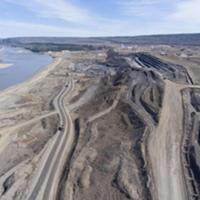 In recent years, a firestorm of market and civil resistance has challenged megaprojects, resulting in scores of cancellations.

Flyvberg believes the conventional way of managing megaprojects has reached a “tension point” and that reforms are now emerging.

The UK Treasury, for example, “now requires that all ministries develop and implement procedures for megaprojects that will curb so-called ‘optimism bias.’”

But Canada, where three questionable megadams are now over budget and behind schedule, does not appear to be a leader in reforming the way government approaches these costly developments.