Canada’s approach to China has always been marked by arrogance and a self-defeating air of moral superiority.

China, on the other hand — and especially since the Communist Party came to power in 1949 — has had a very clear idea of what Canada is worth and how easily it is duped.

For well over a decade, the Canadian Security Intelligence Service has been doing its best to warn successive Ottawa governments and the public about the infiltration of Canadian institutions by agents of the Chinese Communist Party (CCP) and the party’s quest to influence public life.

And hosts of other people — outside the magic circle of the upper echelons of the Liberal party and its blood brothers and sisters in the Canada-China Business Council — have warned there is no compatibility between Canada’s view of the world and that of the CCP. All to no avail.

It was well-flagged in advance that Justin Trudeau’s visit to China this week was for the purpose of launching formal free trade agreement talks.

But there is no credible, conceivable scenario which would see such a pact benefit Canadians. The CCP is never going to allow Canadian businesses to have significant access to its market, whatever the agreement may say.

The trade imbalance now sees China selling Canada $64 billion in goods a year, with only $20 billion in Canadian goods going the other way. An FTA would only widen that disparity.

More than that, China will insist on unimpeded access for its investments in the Canadian economy, especially by its state-owned enterprises. At the same time, the CCP will make darned sure Canadian investors never get a foot in the door in China.

So there might be cause for relief that Trudeau’s poorly managed trip to Beijing this week did not immediately fire the starter’s gun on bilateral free trade talks after his meeting with Premier Li Keqiang on Monday.

They emerged from that meeting trying to put the best possible spin on their disagreement. But it was evident Li had balked at Trudeau’s insistence that any free trade agreement must include his “progressive trade agenda,” which demands common respect for issues like gender equality, employment standards and the environment.

There was never the slightest chance that an authoritarian, one-party state that does not believe in the rule of law — and which considers liberal democracy a fanciful, outmoded notion — was going to buy this shopping list. Why did Trudeau go into that meeting thinking Li would roll over? After Trudeau’s embarrassing fumbling in Vietnam last month on efforts to create a revised version of the Trans Pacific Partnership, this muddle in Beijing suggests the staff work around the Prime Minister is third rate, especially on trade issues.

But before everyone rushes out into the streets, throwing caps in the air out of relief at the death of an FTA with China, it has to be observed that trouble still looms. Reports from China on Tuesday indicate that while Trudeau travelled south to Guangzhou, International Trade Minister François-Philippe Champagne stayed behind in Beijing, apparently trying to find a way to resuscitate the FTA.

All the big beasts of the Canada-China Business Council are in the Canadian entourage — companies like Bombardier, Manulife, SNC Lavalin, Bank of Montreal and Scotiabank — so Trudeau and his officials are easy prey to a deadly infection of Stockholm Syndrome.

Trudeau would have been under heavy social pressure from his travelling companions to come away from China saying the road to an FTA is open. That would be a terrible outcome because there can be little doubt that Ottawa would again be taken to the cleaners by Beijing, as it has been in almost all encounters since the start of formal diplomatic relations in 1970. The best hope is that Trudeau sticks to his guns on his “progressive trade agenda” — and that Li continues to tell him to get lost.

Trudeau’s insistence, so far, on tying into trade pacts agreed policies on gender, the environment and labour, is a modernization of the social gospel of the United Church that infused the Liberal Party and the Department of External Affairs in the 1930s, 1940s and 1950s. Men like Oscar Skelton and Lester B. Pearson came out of the social gospel and missionary tradition that was popular in Canadian universities when they were students.

Many of the people they employed as the department was established and grew had particular links to Canada’s missionary efforts in China, from the 1880s until the CCP came to power in 1949. The number of so-called “Mish Kids” in the department in its early years was extraordinary.

Indeed, Canada’s first three ambassadors to China after diplomatic relations were established in 1970 were “Mish Kids.”

With this heritage came the belief that Canada, somehow, had a special responsibility to change China into a model liberal democracy, either by persuasion or example. 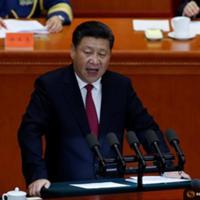 How China’s Politics Are Screwing with Canadian Real Estate Markets

Many hundreds of millions of Canadian taxpayer dollars have been spent by Ottawa trying to persuade the CCP to adopt democracy, the rule of law, and trustworthy ways of doing business. None of it has worked.

All that these expensive exercises have achieved is to confirm that engagement with China on Canadian terms is a fool’s errand. It’s delusion of moral arrogance that has inspired generations of Canadian politicians, diplomats and businesspeople to keep banging their heads against the Great Wall.

And yet, as our most important partner — the United States — goes into imperial decline, Canada does need new friends and alliances. And there is nothing wrong with Trudeau’s basic notion that Canada should incorporate a common belief in our political and social values into its search for new friends. There are plenty of countries in the world that are natural candidates for a broader relationship with Canada. Japan, South Korea, Singapore, Indonesia, Malaysia and Sri Lanka are obvious natural allies in Asia, and others will soon qualify.

What Trudeau and those people around him still drinking the missionary Kool-Aid need to wrap their heads around is that China does not — and never will — fit that template. Not as long as the CCP is in power.