What does a status quo politician do when he wants to hide his aversion to real change?

Well, if you are Prime Minister Justin Trudeau, you start dabbling in “deliverology,” and no, I’m not making up that Orwellian word.

The technology, which began in the U.K.’s failing educational system, is the brainchild of a certain Michael Barber.

For a fee, Barber the master deliverologist, will tell dysfunctional democracies around the world how to deliver units to their hapless citizens.

Reporters like to anoint Barber as a guru, but writer Wendell Berry might well have described him as an itinerant professional vandal, a member of the class of globetrotters who live far away from the consequences of their bad deeds.

Deliverology, of course, sounds great and appears to be just the kind of service sought by an emperor in need of new clothes. It offers failing schools or governments all the fancy garments they need to look like they are achieving their lofty mandates.

Barber’s incredible powers of observation lead him to suggest governments can rarely deliver on what they promise these days. Or as the folks at Gmail put it, “Delivery Incomplete.”

Citizens used to call governments that didn’t deliver on their promises incompetent, corrupt, dishonest and leaderless. But Barber has a wondrous cure — deliverology — to be applied by experts.

According to the professionals at McKinsey, implementing deliverology is a piece of cake: the government sets up a delivery unit, collects data on how well things are delivered, and then orders changes to achieve targets.

It might sound like Amazon conquering the world, but failing democracies everywhere have bought this digital snake oil.

The guru Barber has even lectured Trudeau’s cabinet, twice now, about the wonders of deliverology at special retreats.

Gerald Butts, Trudeau’s chief advisor, used to work for former Ontario premier Dalton McGuinty, who was also a big deliverology fan. Why, Trudeau even has appointed his own deliverology deputy secretary, Matthew Mendelsohn and the government has just created a deliverology-based website.

Although deliverology pretends to be a new political fad, it isn’t.

Stalin was an early pioneer in deliverology. He set up delivery units focused on targets. He also monitored the hell out of everything.

At one point his government, utilizing the best spy and information network possible, killed about 1,500 troublesome peasants and comrades a day. Whether delivering citizens to the cemetery or the Gulag, Stalin achieved his targets.

And don’t forget all those five-year plans for grain and steel production in China. Cadres of work — or “delivery units” called the shots and ordered life so the state could deliver a glorious industrial economy. There was the odd famine and targeted campaigns against counter-revolutionaries, but Mao knew how to deliver too.

In the United States, President Donald Trump seems to be delivering for the rich without resorting to expert advice. His true specialty is actually undelivering what other presidents delivered.

Barber, the consummate professional, has written a book about governments and their delivery problems. It comes with an impressive title: How To Run A Government.

Barber argues there are “five paradigms of system reform: trust and altruism; hierarchy and targets; choice and competition; devolution and transparency; privatization.”

Some people think you could earn an MBA by reading lots of mumbo jumbo like this, and you probably can.

But in reality, deliverology is just another dismal business fad like Business Process Reengineering, Six Sigma or Authentic Leadership. It employs “experts,” strengthens the web of technocracy, and undermines accountability. Yet technological society can’t manufacture enough of these sausage makers.

Ivan Illich predicted this mess in 1979 when he wrote that “the Age of Professions will be remembered as the time when politics withered, when voters guided by professors entrusted to technocrats the power to legislate needs, the authority to decide who needed what, and a monopoly over the means by which those needs should be met.” Amen.

Mark Schacter, a well-known Ottawa consultant, wrote a damning critique of deliverology in 2016. Every citizen should read it.

He notes that the fad’s key assumption is that public service never wants to deliver anything, when in fact modern politicians, all puppets in a technological society, often make promises with no appreciation of how they might be delivered in a complex world.

“Deliverology is a technical solution that ignores the complex reality and inherent ambiguity of public service and public management,” Schacter writes. “It assumes a narrow and specific delivery problem that can be traced to the bureaucracy. It assumes that performance targets are appropriate instruments for addressing all manner of delivery problems. If these assumptions are wrong, then deliverology is an elaborate solution in search of a problem.”

Schacter then asks an important question — is there any evidence that deliverology works?

Barber, of course, swears it does, and so does Tony Blair. But that’s like Donald Trump saying he’s the greatest president ever.

The evidence indicates that deliverology hasn’t really delivered anything amazing, different or special.

Schacter notes that British hospitals tried it and improved some emergency room waiting times, but managers often gamed the system to reach targets. Researchers were unable to conclude “that the net impact of deliverology was positive.”

The British police service in England and Wales also tried the approach and collected some better data on complaints and sickness rates. But curiously “the data required did not refer to quality of service,” a study found.

Punjabi educators applied the elixir to its schools, but reviews found institutions untouched by the magic of deliverology did better than neighbouring schools pursuing true deliverance.

As one evaluator put it: “The lack of credible public data and the lack of third-party evaluations of the program make it difficult to go to bat for the deliverologists at this time.”

The last word on deliverology should go to Mark Johnson, a thoughtful British blogger and educational technologist.

When asked what he thought about the political tool, Johnson offered this cogent critique.

“Whose problem does ‘deliverology’ solve? The answer, to me at least, is obvious. It is the politician’s problem. They want to get re-elected. Moreover, they don’t want to think too hard and have a clear ‘position’ on any of the immensely complex issues they have power over. So if they can bluff their way along without upsetting anyone, regularly taking the political temperature, that’ll do nicely,” he wrote.

“What this means for the rest of us is another issue. Critique and debate is neutralised by process… The politician’s problem is not everyone else’s problem. The politician solving their problem usually involves giving everyone else new problems. There’s positive feedback brewing with growing inequalities under the guise of democracy and ‘freedom.’” 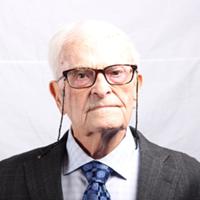 But Johnson saves the best for last. “Deliverology is an information-oriented approach to politics. It’s something that wouldn’t be out of place in Orwell’s ‘Minitrue.’ Fundamentally this ‘deliverology’ looks like manipulating constraints on the public by the powerful (to keep them in power) through the medium of information.”

Nor has he undelivered Harper’s ruinous gutting of environmental legislation in this country.

And he can’t deliver on his promise to grow the middle class, as though this battered group was just another tiresome plant that globalists could boost with an extra delivery of polluted Chinese water.

Wedded to the status quo, Trudeau has opted for a neat digital illusion: deliverology.