B.C.’s 2017 election will go down in the history books in more ways than one.

The province’s closest election also turned out to be its most expensive.

While the final numbers will increase as a few stragglers report, the preliminary report shows the Green Party spent $905,000 on its campaign, the NDP spent $7.9 million and the BC Liberal Party spent $13.6 million. That’s a grand total of $22.4 million.

In the 2014 Quebec election, the four parties represented in the National Assembly — and their 495 candidates — spent $17.4 million. Quebec has more than twice as many voters, but the parties still spent less than their B.C. counterparts.

Quebec’s limit, intended to curb the influence of big money, is $1.37 per voter.

It’s tough to do line-by-line spending comparisons between the parties, as each may report shared spending with local campaigns differently. However the Greens spent $47,040 on research and polling, the NDP spent $209,300 and the Liberals $277,460.

The NDP was the big spender on media advertising at $3 million, followed by the Liberals at $2.5 million and the Greens at $143,000.

Not only did the NDP raise the most, they also won the award for single largest donor — the United Steelworkers at $749,622.

The Liberals needed eight donors — four of them property developers — to hit $752,100.

Not surprisingly – having sworn off corporate and unions donations altogether – the Greens saw nothing from either, but did see $20,000, its largest single cheque, from Elizabeth Beedie, mother of Vancouver property developer Ryan Beedie.

Airbnb checked in with the Liberals for $1,500, Super Save Shredding gave $300 to Rich Coleman’s re-election effort and the BC Lions Football Club was in for $5,000.

Hockey Canada and the Telus Cup — Canada’s annual midget hockey championship — donated $300 to the Liberal campaign. Telus topped that up with another $13,580, but saved its biggest cheque for the NDP this time out with a $20,000 contribution.

Conspicuously absent from the 2017 Liberal list? Liberal fundraiser and Condo King Bob Rennie, although his $305,550 in total donations to the party over the years is nothing to sneeze at. 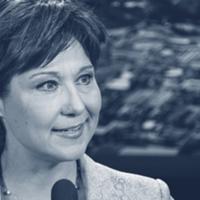 And the New Car Dealers Association gave $48,050 for the Liberal team, bringing its running total to more than $1.3 million. The association doesn't appear on the 2017 NDP list, but it has given $82,790 to the party.

The most interesting numbers for 2017 are still to come — the donations between May 10 and the date that corporate and union donations are finally banned in the province. That is if Premier John Horgan stops fundraising long enough to honour his “first order of business” commitment to a ban.

Did Liberal supporters turn off the cash taps after May 9? Did they turn them back on after former premier Christy Clark stepped down as party leader?

All that and more next April, when Elections BC provides the next report on political contributions.