A century of research has shown that economic inequality is disastrous for public health: where the gap between rich and poor is wide, the poor live shorter, less healthy lives than the rich. Less well known is the fact that even political events like elections can affect people’s health — especially when the outcome of an election makes them feel marginalized and threatened.

This was brought out in a recent article in the New England Journal of Medicine. Authors David R. Williams and Morgan M. Medlock point out that “Campaigns that give voice to the disenfranchised have been found to have positive but short-term effects on health.” They cite the impact of Nelson Mandela’s 1994 election on black South Africans’ health, and of Barack Obama’s 2008 nomination and campaign for the presidency on the health of Hispanic and black Americans.

“Thus,” the authors conclude, “increases in psychological well-being, pride, and hope for the future are likely to be evident among Donald Trump supporters.”

But for those who feel threatened by Trump’s tweets and promises, serious health issues are likely to persist. Williams and Medlock warn that “The presidential candidacy of Donald Trump appeared to bring further to the surface preexisting hostile attitudes toward racial and ethnic minorities, immigrants, and Muslims.” They cite posts on Daily Stormer saying: “We want these people to feel unwanted. We want them to feel everything around them is against them. And we want them to be afraid.”

Meanwhile, “the Southern Poverty Law Centre has documented an increase in incidents of harassment and hateful intimidation since Trump’s election.”

Cortisol is an adrenal hormone, produced in response to stress. It reduces inflammation but weakens the immune system, reduces bone formation, and slows the healing of wounds. So the poor predictably suffer more stress, produce more cortisol, get sick, recover slowly, and often self-medicate with everything from booze to opioids to violence. They die much sooner than the rich.

And these are the conditions of the poor under “liberal” governments that oppose religious and racial discrimination and pay lip service to equality. Under reactionary regimes, the poor suffer even more. 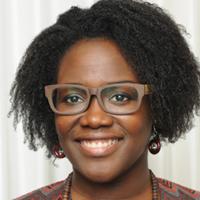 Why Discrimination Is a Public Health Issue

‘I love the poorly educated’

Much of the American middle class is now finding out how the poor live — and for similar reasons. Stuck with stagnant incomes and precarious jobs, they face the prospect of losing Obamacare and Medicare, which means a single serious health problem in a family could plunge it into poverty. Similarly, many successful Americans now find themselves the targets of people they’d never noticed before: anti-Semites, neo-Nazis, anti-intellectuals (“I love the poorly educated,” Trump crowed during the 2016 campaign).

Supposedly all those backward thugs had long ago been eradicated from the world’s greatest democracy. Now the thugs were coming out of the sewers, hunting for Muslims, blacks, and professors. And democratically elected white men in suits were implicitly encouraging them.

Williams and Medlock offer some advice to healthcare providers for dealing with the consequences of Trump’s election: listen to their anxious patients, protest against hate crimes, strengthen alliances with community organizations, and become better advocates.

All good ideas, no doubt, as is their proposal to do research studies “that systematically assess the health effects of the societal climate and policies.” Assuming such studies even got funding, their results would not be known for years — and would likely be dismissed as fake news by some future ruler in the Trump dynasty.

Public health for our adversaries as well 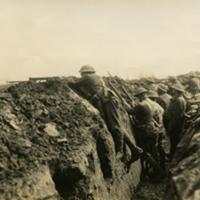 The High Price of Equality

If stress, anxiety and alienation are at bottom problems in public health, society must find a way cure them for everyone — not just for the people on one’s own side. It was precisely by ignoring white working-class stress and alienation that U.S. liberals encouraged the rise of Trump and his backers.

So if American liberals really want to get back in power, they’ll have to understand that they need to bring working-class white and all the other marginals with them: the unemployed coal miners, the opioid addicts, the single mothers and many more.

It will not be an easy job; the political gaps in the U.S. are as painfully wide as they were in the days of Jim Crow a century ago. Finding common ground will be hard when one side doesn’t even believe much in science, public health, or equality. But the benefits of a healthy, secure population are so self-evident (at least to the liberal side) that the liberals will have to grit their teeth and actually talk with their Trumpist fellow-citizens.

And Canadians, faced with growing inequality and alienation, had better start talking seriously with one another as well.