At the G7 meetings in Italy last week, Prime Minister Justin Trudeau addressed the anxiety he says many people feel about the rapid pace of technological change and globalization. It’s been a regular theme of the Liberal government, at least since the election of Donald Trump in the United States, to acknowledge that many people have lost out over three decades of free trade and government austerity, and that “progressive” countries like Canada have a responsibility to make globalization work for everyone.

But the Trudeau government is going about it in strange and contradictory ways. For example, it holds up the Canada-EU Comprehensive Economic and Trade Agreement (CETA) as an example of a “progressive trade” deal — a model, perhaps, for the looming NAFTA renegotiations. But in almost every way, as we’ve written elsewhere, CETA is a more business-friendly deal than NAFTA; its environmental and labour chapters are barely more enforceable (useful) for workers than NAFTA’s toothless side agreements, it goes further to constrain government’s ability to expand public services, and it will increase the long-term cost of medicines in Canada by extending patents on brand name drugs.

Importantly, CETA is expected to increase Canada’s trade deficit with Europe while pigeonholing Canada as a supplier of raw resources and low-value goods to, and an importer of innovative, higher-value-added manufactured goods from, EU countries.

Canadians might expect a truly progressive trade deal to improve the quality as well as the quantity of Canadian exports to the world, with the good jobs this would create in an era of declining manufacturing. They might hope a truly progressive trade deal would increase worker incomes relative to corporate profits — to reverse a trend toward greater inequality that globalization fostered.

But this is not what free trade deals do, which puts the Trudeau government in a very awkward place as it pursues what it is calling a “progressive” trade deal with China. Not only would China never agree to CETA-style language on the environment and workers — as ineffective as it is for protecting both — but the economic impact of such a free trade deal on Canada would be far more damaging.

While we agree it is crucial for Canada to deepen economic, political and cultural ties with China, pursuing this goal through a typical bilateral free trade agreement (FTA), even a “progressive” one, as the government is proposing, creates unacceptable risks for Canada, and particularly for Canadian workers.

Both quantitatively and qualitatively, the Canada–China trade relationship is heavily imbalanced. Canada’s bilateral trade deficit with China — a measure of the difference between total exports and total imports — grew from $8.5 billion in 2001 to more than $44 billion in 2016.

Over the same period, Canada lost 594,000 manufacturing jobs, a much steeper 26 per cent decline in the sector.

While an overvalued Canadian dollar, technological change and other factors certainly played a role, it is reasonable to assume, especially given the new U.S. data, that Canada’s manufacturing trade deficit with China played a significant role.

This is not to say there is no way to improve Canada’s bilateral economic relationship with China. We insist only that a traditional Canadian-style free trade agreement is not the best, and especially not the most progressive, way to do it.

China is striving to escape the middle income trap — the tendency for fast-growing developing countries to stall in the middle-income range — by shifting its current manufacturing-based, export-led growth model to one that is more economically and environmentally sustainable, and driven to a much greater extent by domestic demand. If successful, this historic transition to a fully developed, high-income economy would benefit not only China but the rest of the world.

China is also planning for reduced rates of economic growth, and to supply a greater share of its internal demand in key sectors through domestic production, while building internationally competitive firms in a variety of high tech and emerging sectors. Even with lower rates of growth and higher levels of import substitution, the Chinese market is so huge that new opportunities for China’s trading partners, including Canada, will be substantial.

As an alternative to a traditional free trade agreement with China, Canada might consider a sectoral approach focused, for example, on developing ambitious strategies to co-operate in achieving both countries’ urgently needed transition to renewable energy. Such a strategy would benefit both countries and the global environment. This is an area where China has already made enormous strides, which Canada could learn from and contribute to. A successful co-operative model in renewable energy could be built on and extended to other sectors.

Obviously we cannot overlook the fact that China is an authoritarian state. While recognizing the limits of Canada’s ability to modify China’s behaviour (not to mention its own human rights record with respect to First Nations), the government must not turn a blind eye to human rights abuses and unfair labour practices in the pursuit of stronger commercial relations. But nor should we be so deluded as to think a “progressive” deal, based on Canada’s usual template, can do anything to ameliorate the situation for China’s workers.

The very model at the heart of all free trade agreements needs to change. Even the strongest supporters of deeper trade liberalization increasingly accept that the distributional impacts have been negative. In Canada, a country with relatively high labour and environmental protections, the share of labour income has recently fallen to new lows and wages have consistently lagged behind productivity growth. 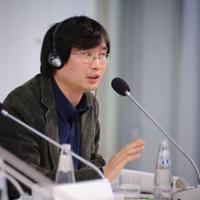 It would be more productive, for the sake of enhancing Canada-China relations and encouraging labour and human rights reforms in China, to foster a broader rules-based agenda in multilateral fora, such as the World Trade Organization, the UN Sustainable Development Goals agenda or the Paris Agreement on Climate Change, where the participation of many countries counteracts power imbalances. As others have argued, these international venues allow a middle power such as Canada to play a more creative and constructive role.

Multilateral negotiations also hold the possibility, unlike bilateral trade deals, of being able to talk about trade, labour rights and climate change in the same space, judging the value of international co-operation by what is best for everyone.

As countries, including some of Canada’s closest allies, turn inwards and increasingly hostile to internationalism, is there a more progressive outcome than that?