“The welfare of the people in particular has always been the alibi of tyrants.”
— Albert Camus

The world did not end, but it changed when the United States elected a narcissistic billionaire and racist demagogue as its president.

As Albert Camus once noted, “A man without ethics is a wild beast loosed upon this world.” But there is no shortage of such men in politics and commerce at the moment.

Donald Trump’s electoral victory says something significant about the declining state of the global economy as well as the steady demise of the U.S. empire and its white working class.

Some of these truths are self-evident.

The Baby Boom generation, the most destructive and selfish generation in the history of the planet, has made its last political statement.

Billionaires are an affliction upon the human race.

Half of U.S. voters did not vote because they did not want to participate in political suicide or be part of a grotesque Roman circus.

Technology has placed us in a sea of unending turbulence, yet every politician thinks it is our only lifesaver.

When a people yearn to be great again, they have lost their greatness.

America has entered a revolutionary period. There will be blood.

Journalism doesn’t matter anymore, because the truth counts for little in complex democracies that have peaked.

People don’t trust the media because it is smug and untrustworthy.

Media polls and pundits missed the mark as well as the revolutionary rage.

Digitally obsessed reporters don’t know how to listen to voices different than their liberal urbanity. Nor can they imagine such voices. Instead, they tend to denigrate “the other” as much as Trump.

The U.S. is living this deplorable reality. So, too, is Europe.

Voters don’t really like racists or sexists. They held their nose and openly admitted that they did not like Trump or Hillary Clinton.

But the Trump voters, at least, thought they were voting for some kind of radical change.

Tired of the chattering and comfortable elites now engineering everyday life, they wanted someone who wasn’t a politician and who doesn’t give a fig about political etiquette.

If Italians can vote for Silvio Berlusconi, another dysfunctional billionaire, they thought, why can’t Americans vote for Trump?

Clinton represented the status quo while the volatile Trump spoke like a live grenade in a men’s locker room.

Clinton didn’t lose the election because she was a privileged white lawyer but because she behaved like a career politician. She pretended real change wasn’t needed and that the status quo was hunky dory.

Powerful oil and gas interests were the election’s biggest winners. And that means much of North America could be fracked and mined to death. Trump knows nothing about energy and even less about climate change, and he has ceded his ignorance to the interests of Big Oil.

Globalization continues to create more discontents than it does billionaires, and this election was very much about the corrosive impact of globalization.

Unlike the media, ordinary people have met the liabilities in their own neighbourhoods: globalization transfers wealth and jobs and makes it harder for corporations to be held accountable for their economic and environmental damage. The whole process increases waste and environmental ruin. And it largely benefits the one per cent.

Unlike Clinton, Trump questioned the tenets of globalization by denouncing trade treaties designed to transfer more wealth to corporations owned by a few people.

People know the inequality bred by globalization is wrong, but have now elected Trump, a symbol of that growing inequality, to deal with it.

Bernie Sanders could have beat Trump, but the Democratic Party thwarted any change.

Trump promised to return America greatness but hasn’t a hope of doing so, because the era of growth has died.

The economist Raúl Ilargi Meijer wrote an interesting essay explaining why there is a Donald Trump in September. He credited Trump’s rise to “the most important global development in decades.”

That development, says Meijer, is “the end of global economic growth, which will lead inexorably to the end of centralization (including globalization). It will also mean the end of the existence of most, and especially the most powerful, international institutions.” 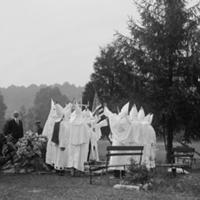 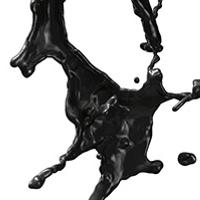 Why the Wild Descent of Oil Is Cause for Concern

“In the same way it will be the end of — almost — all traditional political parties, which have ruled their countries for decades and are already today at or near record low support levels (if you’re not clear on what’s going on, look there, look at Europe!),” he wrote.

“This is not a matter of what anyone, or any group of people, might want or prefer, it’s a matter of ‘forces’ that are beyond our control, that are bigger and more far-reaching than our mere opinions, even though they may be man-made.”

The end of growth is tied inexorably to the deplorable quality of energy now being fracked and mined in North America. Bitumen and fracked oil just can’t support rich societies because these poor resources invite debt, environmental ruin and poor returns.

Meijer adds “that the politico-econo-media machine churns out positive growth messages 24/7 goes some way towards explaining the lack of acknowledgement and self-reflection, but only some way. The rest is due to who we ourselves are. We think we deserve eternal growth.”

In the end, neither candidate talked about what mattered: growing climate anarchy; unrelenting economic stagnation; declining energy returns; and the onslaught of robots and algorithms in the workplace, government and home. Trump should remind us of two things and Camus, who understood the nature of tragedy, has expressed them well.

The first is that “Nothing is more despicable than respect based on fear.” Trump embodies that sentiment.

The second is the growing absurdity of it all.

“Basically, at the very bottom of life, which seduces us all, there is only absurdity, and more absurdity. And maybe that’s what gives us our joy for living, because the only thing that can defeat absurdity is lucidity.”