Vancouver seems doomed these days. A bloated real estate bubble shows no sign of deflating. The province, feds and city are all unwilling or unable to halt a worsening housing crisis, driving thousands of renters (including myself) to flee the city before getting evicted again. Some voices still maintain that any discussion of offshore money is nonsense or racist, as if to try to cauterize a public debate we desperately need to have. 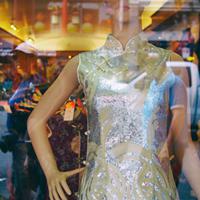 The accusation of racism is like kryptonite to most Canadians -- we pride ourselves on living in one of the most welcoming countries in the world. But the tsunami of offshore money now flooding into this city has nothing to do with race -- it's about class.

Post-war bungalows in Dunbar are now somehow worth over $3 million, up 30 per cent since last year. Large tracts of formerly vibrant neighborhoods now sit unoccupied even as our homeless population swells. Renters in droves are displaced by illegal Airbnb suites as landlords try to service astronomical mortgages -- or simply because they can. Finding stable housing in our beautiful city is becoming a desperate game of musical chairs.

In the absence of meaningful government action, perhaps the time has come to occupy the unoccupied properties of Vancouver. I'm imagining a Gandhi-like march from the Downtown Eastside, the centre of displacement, to some strategically selected luxury estates close to ground zero of the offshore money bomb. Absentee investors squatting on scarce housing stock might be alarmed to learn their properties were occupied by actual squatters.

Such an effort could bring together some unlikely allies impacted by ballooning housing prices. Vancouver's homeless are seeing their desperate situation made even worse by trickle-down speculation. First Nations have had their unceded traditional territories long-occupied and now grotesquely commodified. Renters are being displaced by raising prices and shrinking availability. Homeowners simply want a place to raise their families without having taxes march ever upward and their neighbourhoods hollowed out. Members of the local Chinese community are increasingly concerned about the pace of development in historic Chinatown.

If citizens are so inclined, here is a helpful blog documenting a sample of potential properties to pitch a tent in front of, or move into. Perhaps they could co-ordinate with local resident groups for maximum offshore media impact. Given the seemingly hopeless trajectory of Vancouver's affordability, what would concerned residents have to lose?

Not the first time

It would not be the first time Vancouver's citizens stood up to moneyed interests around real estate. Veterans of the Second World War successfully challenged the lack of affordable housing by illegally occupying the old Hotel Vancouver in 1949, used as barracks during the war but had since sat empty awaiting demolition by Canadian Pacific Railway. Protest leader Bob McEwan rallied his comrades at the local legion before marching en masse to take over the premises: "If you're game, we'll go and take it over now. I'll be the person who is thrown in jail if anyone is. But veterans in jail, just because they want houses -- the Canadian people won't stand for that."

A symbolic occupation today would put the Vancouver police in a similar public pickle. Are they tasked with protecting people, or vacant property held in many cases by investors who pay the majority of their taxes elsewhere? Police like other residents are dealing with the same housing crisis as everyone else.

To our disgrace, Vancouver has over 1,700 fellow humans either living on the streets or in emergency shelters. The City of Vancouver has done good work to try and make a dent in this shameful situation, but overall numbers are up about nine per cent between 2013 and 2015. The latest homeless count has not yet been made public, but local shelters report recent numbers "through the roof." According to Jeremy Hunka from the Union Gospel Mission, "We've never seen so many people come to us for such a prolonged period."

Rampant housing speculation also undermines Vancouver's Greenest City goals. What is green about demolishing over 1,100 homes a year? Or creating a commuter class travelling as far away as Comox? Exploding property values also erode hard-won progress the city has made building social and affordable housing. Real estate value in Greater Vancouver swelled by an eye-popping $89 billion last year -- equivalent to 37 per cent of the entire province's GDP. That massive influx of money is swamping every comparatively puny policy tool the city has at its disposal.

Other writers have documented what is driving this housing bubble. Vancouver is just one of dozens of potential destinations for the global elite to park their wealth, in what experts call the "hedge city" phenomenon. This is by no means limited to one particular country, but China is a pertinent example. Over 3.6 million nouveau riche millionaires in Mainland China are understandably anxious to get their wealth into jurisdictions with less corruption, pollution and economic instability.

Our discounted currency makes this capital flight even more attractive. And in typical Canadian fashion, our assets and resources are often handed over with minimal government scrutiny or local benefit. B.C. does not require property purchasers to declare what country they pay their taxes in. And recent media accounts suggest a role of organized crime in the lucrative land rush.

A presumed rationale for Victoria having such a hands-off approach is the easy money the province gets from property transfer taxes. Even here, we are getting comparatively little. Last year, B.C. collected $266 million from Vancouver real estate sales, which is only 0.3 per cent of the $89 billion in increased assessed value in 2015.

With such absent, ineffective or incompetent public oversight, why wouldn't offshore buyers flood into Vancouver's housing market? These investors are obviously not concerned about a potential crackdown from Victoria, Ottawa or any city hall. They might, however, be concerned if a co-ordinated group of concerned folks took up residence on their front lawn or master bedroom -- particularly if it made front-page news overseas.

What is happening here is profoundly troubling not only to the future of Vancouver, but our entire nation. Global forces are driving both unstable property speculation in our largest cities, and increasing social divisions -- a situation likely only to worsen as climate change proceeds apace. Unless governments act, perhaps the rest of us should.