Brazil is hosting the 2016 Summer Olympics in Rio de Janeiro. It should be just another glorious event in the history of a great country of 200 million. Instead, it could turn into one crisis too many for a country stretched beyond its limits -- a public-health disaster that looms over Olympic visitors as well as athletes. And it's a disaster we probably can't stop. 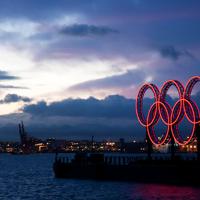 Let's Ditch the Olympics, and FIFA Too

Three years ago Zika, an obscure "flavivirus" carried by Aedes aegypti mosquitoes, arrived in Brazil from French Polynesia. First identified in 1947 in Uganda's Zika forest, the virus was no problem in East Africa, but when it migrated into the Pacific it triggered some nasty outbreaks. Once in South America, it followed its cousin virus chikungunya, which had exploded across the region a few years earlier.

Chikungunya is painful, but you soon get over it. Zika seemed like more of the same. Then, late last year, Brazilian doctors began to see a shocking increase in babies with microcephaly -- their brains reduced to a fraction of normal size -- and many other neurological problems. It's become increasingly likely that their mothers had Zika virus while pregnant.

Meanwhile, adults were coming down with an obscure condition called Guillain-Barré syndrome, a slow paralysis rising from the legs to the torso and sometimes shutting down the lungs. Again, previous Zika infection was found in many of those cases as well.

Brazil was only the first country in South America to see Zika. People in Brazil were bitten by Zika-carrying Aedes aegypti mosquitos. They travelled to other countries that also contain Aedes aegypti, and passed the disease along to those mosquitos. Now it extends from Paraguay and Peru to Mexico. Imported cases have turned up all over the U.S. and Canada, but Aedes aegypti can't survive here. The American south, from Florida to Texas, has Aedes aegypti and will likely see locally acquired Zika cases this summer.

Stop (or move) the Games?

Now Amir Attaran, a professor in the University of Ottawa's faculties of medicine and law, has bluntly warned: Rio de Janeiro's 2016 Olympic Games must not proceed. It's a thoughtful and logical position, but it won't work.

Dr. Attaran has five reasons for proposing this cancellation. First, Rio de Janeiro state has the highest number of suspected Zika cases, 26,000. While the "Summer" Games are being held in August, Brazil's winter, there's no guarantee that Zika will fade out completely with cooler weather. Its cousin, dengue, is eight times worse this year than it was in 2015, despite Brazil's heroic efforts to stamp out mosquitos before the Games.

Second, says Dr. Attaran, this is not our grandparents' Zika. It's learned some ugly tricks as it migrated from East Africa to Southeast Asia and then to French Polynesia. Studies show that the virus now likes to attack nerve cells, especially the growing brains of fetuses in the first three months after conception.

Third, many of the half-million expected visitors to the Games would almost certainly contract Zika and take it home. Some of those visitors will transmit it sexually to their stay-at-home spouses. In Aedes aegypti countries, that will accelerate Zika's spread.

Fourth, Dr. Attaran argues, that rapid spread puts researchers in a bind. They're already scrambling to understand the virus and trying to develop a vaccine. "But by spreading the virus faster and farther," he says, "the Games steal away the very thing -- time -- that scientists and public health professionals need to build such defenses."

Citing the International Olympic Committee's own credo of social responsibility, Dr. Attaran makes his fifth point: "How socially responsible or ethical is it to spread disease?"

By that token, however, how socially responsible or ethical is it to travel at all? Even routine international travel sees millions fly halfway around the world, where they mingle with millions more. Air travel has already accelerated at least one pandemic, the H1N1 outbreak of 2009. British schoolgirls on holiday in Mexico brought it home as an unwanted souvenir.

Rio de Janeiro's Gale&atildeo International Airport will certainly see an Olympic spike in travellers in August, but the airport routinely handled over 1.4 million passengers monthly in 2013 -- roughly 47,500 daily. The number is likely higher now, and no one knows how many are carrying Zika virus. Airlines now routinely practice "disinsection" in planes leaving known mosquito hot zones. But it's much harder to spot a virus in a passenger's blood, and four out of five Zika cases show no symptoms.

Mass gatherings, admittedly, can make matters worse. Saudi Arabia demands that hajj pilgrims from countries with endemic yellow fever must show proof of vaccination before being admitted to the country. Last year, the European Centre for Disease Prevention and Control reported eight cases of invasive meningococcal disease in the United Kingdom and Sweden that were contracted at the 23rd World Scout Jamboree in Japan. Almost 120 evacuees from Fort McMurray, crowded into evacuation centres, came down this week with gastroenteritis.

Health screening at airports is more theatre than science. One Liberian, obviously very ill, still managed to get on a flight to Lagos, Nigeria, where he spread Ebola to his hospital caregivers. Another, showing no symptoms when he left for the U.S., fell ill after arrival, infected two of his nurses, and threw a major Dallas hospital into a panic before he died. Zika's spread since 2013 shows the ease with which it gets through screening.

The Olympics have too much economic and political inertia to be postponed or scattered into mosquito-free venues in other countries. But we should recognize that many innocent bystanders far away (including babies in other countries) could be seriously affected by Zika transmitted during the Games.

And if Zika in its present nasty form does spread still further -- for example, back to Africa -- it won't necessarily be the Olympics' fault. The sheer volume of rapid air travel makes it easy for any new virus to be anywhere in the world in 24 hours, attacking people with no immunity to it. Zika is just part of the increasing price we must pay to live in a globalized world.