Since the election, PM-designate Justin Trudeau has been inundated with personal letters from citizens across the country requesting a variety of top 10 issues for him to deal with immediately. This is bad strategy on the part of Canadians. 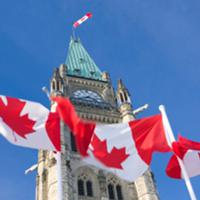 Instead, I propose we focus our efforts and begin the process of crafting one -- and only one -- omnibus bill that we can all sign off on and ask PMJT to present to Parliament in December.

It's a chance to purge the country of 10 years of toxic policy-making, if you will. Here's the first draft. Tyee readers are invited to add their own amendments to the bill before we send it on.

First Session, Forty-Second Parliament,
63-64 Elizabeth II, 2015-2016
HOUSE OF COMMONS OF CANADA
BILL PRE-C-1 (Yep, we're talking a bill even before the traditional Pro Forma C-1 at the beginning of every session)

Title of the Act: The Strengthening Canadian Democracy by Repealing a Decade of Omnishambolic Policy Making Imposed on Parliament by He Who Shall Not be Named with Little or No Debate, Even Less Budgetary Information, and Only the Teeniest Interest in the Common Good, but Merely to Secure Votes for HWSNBN by Micro-Wedging the Canadian Electorate into Tinier and Tinier Bits... Oh, and to Try and Scare the Bejeezus Out of All of Us Too, as a Form of Political Manipulation Act.

Summary: Sorry. No summary. Not enough time. But Gerry Butts has offered to read it out loud, very slowly to Pierre Poilievre, if that would help.

Enactment: Something like 20 different Acts (and counting) are either amended or created by this Bill.

The Repeal C-51 Entirely Act: Yes, we had to avoid getting outflanked by the Cons on the whole "security" foofaraw during the election. But we're in government now. We'll do the right thing and start from scratch.

Bring Back the Long-form Census Act: Sorry you three grumpy rapeseed farmers in Saskatchewan who wrote Vic Toews and told him you "just didn't like it" -- you're going to have to sit an extra hour in Timmy's next spring, buy a second double-double, and fill it in.

Rename the Cabinet Act: By this we mean the closet in the government caucus room. It will now be officially designated the "Harper Hidey Hole."

Repeal all changes by the previous government to the Navigable Waters Protection Act: Goes without saying.

Repeal all changes by the previous government to the Fisheries Act: Ditto.

The Get Naheed Nenshi to Rewrite the Copyright Act Act: This in recognition of the Mayor's visionary understanding of how to use the Internet for the common good.

Repeal all mandatory jail sentences for drug trafficking offences in the Controlled Drugs and Substances Act: We already have judges to make those types of decisions, for pete's sake.

Reset the Age of Eligibility to Receive Old Age Security Benefits Back to 65 Act.

Restore Funding to the CBC Act: And we'll double their funding if they drop The Next Chapter.

The Fumigate for Any Remaining Signs of Jason Kenney and Chris Alexander in the Immigration and Refugee Protection Act: Their droppings carry the horrible can't-do-that virus, deadly to refugees.

The Act Like We're Adults Again on the International Stage Act: Increase international development funding to 0.7 per cent of GNI; draw Africa back in on all world maps hung in the Pearson Building; rescind John Baird's directive to Foreign Affairs employees to spit on the ground whenever they say the words "Pearson Building."

The Remind Some Folks They Live in Canada and the Second Amendment Really Doesn't Apply Here, While We Actually Listen to What Police Chiefs Have to Say about the Registering Guns Act.

The Get the Canada Revenue Agency Off the Backs of Non-profits and Left-wing Think Tanks Act.

The Sic the Canada Revenue Agency on the Fraser Institute and the Canadian Taxpayers' Association Act.

The Get Rid of Omnibus Bills by Limiting the Length of Any Future Bill to Three Pages Act.

Amendment to the Standing Orders: We of course encourage a fulsome debate on this Bill, but will invoke closure the moment the first Conservative MP leaves for a bathroom break. We would remind the honourable members of the House's long-established convention discouraging MPs from peeing in Parliamentary coffee cups.

There you have it. The one, and only one, omnibus bill our Parliament will ever face again. If I've left anything out, please feel free to add your amendments below.

In particular, I would like to include in this legislation the ways and means to slap Tony Clement with a $50-million bill for that fancy gazebo he had built with APEC money. The Tyee will pass on the results to Justin Trudeau once he is sworn as prime minister next week.