One of the first things Stephen Harper did after winning a majority in 2011 was to build a system of levees around the Prime Minister's Office. They weren't physical levees, of course, like the type designed to keep water from flooding New Orleans. Rather, they were ideological ones, erected on the belief that climate action is at odds with a healthy economy. Surrounded by those levees, Harper did whatever he wanted on climate change, which for the most part meant ignoring it completely. 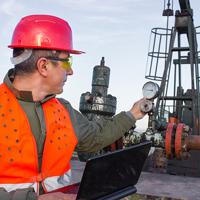 Why Are Young Workers Shunning the Oilsands?

His Conservative government passed laws to accelerate the growth of Canada's oil and gas industry, while pledging carbon regulations that never came. He pulled Canada from the Kyoto Protocol, muzzled federal scientists and cut funding to their research, strong-armed the U.S. on bitumen pipelines and set climate targets he had no clear intention of meeting. But something unexpected happened. A frustrated cohort of students, provinces, investors and unions decided to take decisive climate action on its own.

Harper's done his best to withstand this rising tide. He's argued that climate is low on the list of "significant challenges," for instance, after 400,000 people marched for action in New York; that regulating the emissions of polluters is "crazy," as Ontario readied a system of cap-and-trade; that Canada is a fossil fuel "superpower," as billions of investment dollars flowed into clean energy; and that taxing carbon is "job-killing," as Canada's largest private sector union argued the exact opposite.

Levees don't break bit by bit. They collapse all at once -- and with a destructive fury. The storm surge that breached New Orleans' defences in 2005 killed 1,800 people. The surge of anti-Tory opinion in Alberta's recent election swept away a 44-year-old political dynasty. For four years Harper has been governing on climate change, as well as many other issues, from behind a system of ideological levees. As the federal election this fall nears, how long will Harper ignore the forces rising against him?

Levees provide protection from an unpredictable world. But they can also instil a false sense of security. When one is safe behind them, it may be difficult to see threats amassing on the other side. In 2012, for instance, Harper likely gave little credence to a viral Rolling Stone essay entitled "Global Warming's Terrifying New Math," in which climate activist Bill McKibben urged university students across the world to demand that their schools divest from fossil fuels.

The Tories had just approved Bill C-38. It contained the same far-reaching changes to Canada's environmental laws that were requested by oil lobbyists the previous year. "Young people have had enough," said Mike Soron, who was then executive director of Sustainable SFU. After reading McKibben's essay, and others like it, Soron helped start an oil and gas divestment group at Simon Fraser University. He thought that by doing so "people could take back some power from the fossil fuel industry."

Like a wave rising from the ocean's stillness, the divestment movement surged from over 400 campuses by fall 2014 -- 30 of them in Canada. Churches, pension funds, universities and investors were taking it seriously. But not Harper. On the eve of a UN climate summit he didn't attend, the prime minister said that global warming is low on a long list of "significant challenges." The day before, 400,000 people had marched through New York to demand climate action. "This is a threshold moment," said one divestment leader.

The marchers were diverse in age and experience, but energized by divestment's central tenet: that a failure to act on climate change is immoral. "[Divestment is] now explicitly and effectively forcing people and institutions into a moral choice on climate," wrote David Roberts on Vox. The choice will grow starker for Canadians as this year's federal election (and the Paris climate talks to follow it) approaches. "It's going to be really difficult to avoid serious conversation about climate change," Soron said.

Difficult for those outside of Harper's ideological levee, perhaps. But within such barricades a bunker mentality can arise that makes people like the current prime minister averse to advice that would benefit them. Since 1988, an expert advisory panel known as the National Round Table on the Environment and the Economy had been helping federal leaders reconcile the sometimes competing demands of ecological health and fiscal growth. Harper shut it down in 2012.

Why? Because a panel of economists, businesspeople and environmentalists had the temerity to suggest that Canada put a price on carbon. "No discussion of a carbon tax that would kill and hurt Canadian families," then-minister John Baird said. But calls for such a policy didn't abate. In 2014, several well-known economists and former politicians created the Ecofiscal Commission. "We can have better environmental policy and better economic policy at the same time," said its chair Chris Ragan.

By then many provinces were eager to rise to the challenge. Carbon pricing in places like British Columbia and California showed it was possible to cut emissions while growing the economy. Yet in December 2014, Harper described such initiatives as "crazy economic policy." Canada's premiers chose to ignore him. In April 2015, Ontario unveiled a cap-and-trade system, and 11 premiers issued a statement arguing that carbon pricing "holds great promise for sustainable economic development."

Harper couldn't even count on the fossil fuel industry to back him up. After Rachel Notley's NDP swept to power in Alberta, two oilsands firms declared support for a carbon tax. "We're trying to move Canada to a position of leadership," said Suncor CEO Steve Williams. By no means is carbon pricing a universally accepted policy. Many people, particularly conservatives, remain dubious. But Ragan noted, "It's interesting how much more momentum there is today, than even two years ago."

That momentum can be hard to spot from behind a barricade. Levees are a reactive defence. They're not designed to change the status quo. They perpetuate it. One of Harper's first serious jobs was with Imperial Oil. He came of age associating fossil fuels with power and prestige. And as prime minister, Harper has insisted that a new system of pipelines capable of shipping Alberta's oil to foreign markets is a "national priority." He's acted as if global demand for fossil fuels will never wane.

Anyone who disagreed was an extremist -- at least in the worldview of then natural resources minister Joe Oliver, who in 2012 warned that a network of foreign-funded green groups "threaten to hijack our regulatory system to achieve their radical ideological agenda." Yet a world without fossil fuels didn't seem very radical to the hundreds of Canadian firms building it -- nor to the international observers who that same year ranked Canada's $10.6-billion cleantech sector seventh out of 38 countries.

Worldwide the sector was worth over $1 trillion, according to Analytica Advisors. Yet Harper retained his focus on fossil fuels. In China to pitch Canadian oil and gas, he repeated the refrain that Canada is an "emerging energy superpower." He wasn't referring to clean energy. But from 2009 to 2014, a total of $24 billion flowed into Canadian renewables. "It's equal to what was invested in fishing, forestry and agriculture combined," said Merran Smith of Clean Energy Canada.

Meanwhile, oilsands investment has plummeted. It's forecast to be down 25 per cent this year due to crashing oil prices. Harper's done his best to contain the political damage. "The oil industry isn't remotely the entire Canadian economy," he said. On that point he was correct. Each year fossil fuels become less important to the global economy. In 2014, more money was invested in renewables and energy efficiency than fossil electricity. "The line has been crossed," Smith said. "The future is now."

Harper prefers to fixate on the past. He's clung to outdated notions about climate change -- the result, perhaps, of governing from inside a system of ideological levees meant to block it out. For years Harper has insisted that taking decisive action on the climate would destroy Canadian jobs. Over and over again he's played that argument for political gain. By forcing Canadians to choose between jobs and climate action, Harper realized he could divide his progressive opponents.

It was also a handy excuse to do nothing. When Harper removed Canada from Kyoto in 2012, for instance, then environment minister Peter Kent claimed that meeting its targets would cause "the loss of thousands of jobs." Many of Canada's leading labour groups had dismissed such arguments over a decade earlier. And when two of them merged to form Unifor in 2013, the mega-union released a position paper explicitly rejecting "the false conflict often posed between 'jobs' and the 'environment.'"

Unifor knows there are plenty of jobs in a low-carbon economy -- close to eight million across the world. It also knows that the 40,000 oil and gas workers it represents are best served by a managed growth strategy that respects climate targets -- something Harper still refers to as "job-killing." Never mind that clean energy now employs more people directly in Canada than the oilsands. "The stereotype that you're either for jobs or the environment is so wrong," Unifor economist Jim Stanford argued.

For years, Alberta's premiers refused to listen to people like Stanford. They ignored a younger generation's changing attitudes, dismissed the advice of economists and staked the future on a single resource -- until their political dynasty was swept away this spring. Some federal Tories dismissed the idea that what happened in Alberta will have an impact this fall. But as the federal election nears, the full force of history is now surging towards Harper. Will his levees be able to withstand it?