Prime Minister Stephen Harper, unless thwarted by a surge of surprising voter intelligence, has found the winning formula. Leading his coven of three-piece-suit and pearl necklace know-nothings, he will rally the electorate in a rout of the mortally dangerous non-Christian hordes within and without our borders, saving God from Allah and leaving Trudeau and Mulcair gasping for air, something they excel at. 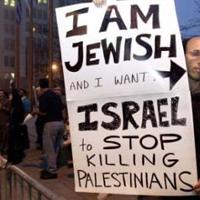 Postscript on the New McCarthyism

As Harper whips up fear of a Muslim enemy he will make it simple to allow hate to spread without appearing to do so. In fact Harper need only mumble "not all people... many are fine, innocent... blah, blah, blah" and play the civil libertarian role.

It's classic George W. Bush, a fellow intellectual of the right, who parlayed the hateful Saddam Hussein and those who looked like him into two election victories from which the world will likely never recover.

This point, however, is critical. The condition that must be present to make it all work -- a clear, comprehensible threat to our society -- is in fact present. I accept that radical Islamist jihadism is dedicated to destroy its enemies, its followers will cheerfully die for their cause, and it must be defeated. This threat is for real and not a CIA plot as the U.S.-hating left would have us believe.

But, as the famous Yankee ballplayer Yogi Berra said, "It's d&eacutejà vu all over again." We've been there before, not long ago, and there are lessons to be learned about how a threat from without can be used by politicians to cow and control their own populace.

Lessons from the Soviet menace

It seems eons ago yet in my adult lifetime I saw the rise and death of Soviet communism, arguably a bigger danger than jihadism. Sadly, lessons from that showdown, so clearly part of critical evidence in today's debate, are little remembered, if at all, by many at the heart of that debate.

Then again, I have to remind myself that a person born when the Soviet Union crumbled is now 25. Not many saw the entire movie. Time does fly!

In 1945, when I was 14, events converted a powerful scary force -- communism -- into a threat to the entire planet, dividing much of the world into two hostile, highly armed blocs. It had been hoped that since Russia, a threat since 1917, had joined the "good guys" against Hitler, their leaders and the quasi religion of world communism could be "dealt with."

At the close of the Second World War in 1945 the scales fell from our eyes as we saw the Red Army not just liberate Eastern Europe but keep it. Everywhere the Soviet Union touched was under immediate threat. The game had changed and the first pitch, a fast ball down the middle, had been thrown.

When I was 16, Winston Churchill made his famous "Iron Curtain" speech and was proved right the following year when the Red Army blocked Allied access to Berlin and the famous Berlin airlift started. When I was 18, Russia got the atomic bomb, thus the nuclear age was launched. In the same year China fell to the communists shattering forever U.S. illusions about peace through friendly dialogue, let alone 19th century diplomacy. If a further dose of reality were needed, the following June North Korea, egged on by Russia, invaded the south, and the Korean War was on.

By 1952, when I was 21, the "West" faced a highly motivated, disciplined force that controlled much of the world and made no bones about considering itself entitled to at least dominance of the rest. The similarity of jihadism today to world communism then is eerie.

As in 1952, how we got here is an accumulation of history, yet it seemed so sudden. As in 1952, a clash between civil liberties and a perceived need to act quickly and decisively shot to the surface. The issues, arguments, rhetoric, passion, philosophical debates and deep divisions of opinion are precisely the same today as then.

In 1952, Senator Joseph McCarthy, a minor senator claiming the nickname "tail gunner Joe," who never fired a shot in anger, a drunken demagogue, a self-appointed defender of liberty, waved lists of alleged spies and traitors in the U.S. state department without ever naming a name, and terrified a nation into believing that its government crawled with communist traitors.

McCarthy accused President Truman and the hugely respected general George C. Marshall of treason. Because of fears he raised, thousands lost their jobs for having suspect loyalties and thousands more were refused work. Loyalty oaths were administered by compulsion or irresistible pressure around the country. Citizen informed on citizen, friend on friend, family member on family member. Passports were withdrawn and denied arbitrarily. The FBI under J. Edgar Hoover was a force unto itself. Arbitrary arrests abounded. The country seethed with suspicion. No politician, from the president down, dared speak out against this man. To defend oneself was an admission of guilt. The wise person just kept his or her head down.

This was America, founded in liberty with what is acknowledged widely as the finest constitution in history. At the pinnacle was the Supreme Court, ever jealous of the rights of the citizen to free speech and freedom to assemble.

And these weren't just bits of pretty paper -- liberty, free speech and associated rights were deeply burned into the conscience of the nation. In the United States of America, when I was 21, they had free speech. So said all of them. And so it most certainly appeared to be.

Until "tail gunner Joe" came along.

Under McCarthy's influence, a powerful Committee on Un-American Activities worked overtime shovelling out subpoenas demanding citizens prove their loyalty under oath. Many who lied, wouldn't appear on principle or refused to answer went to prison. Particularly hard hit was the entertainment industry. Among its liberal ranks hundreds were blacklisted from work. As famous actor Humphrey Bogart said, "All you had to have done was scratch your ass during the playing of the national anthem."

No one would challenge McCarthy, not his colleagues, not the media, not even President Eisenhower whose vice-president, later twice elected president, Richard Nixon, supported McCarthy. So, at least by strong inference, did Ronald Reagan. Congress, like our Parliament, protectors of citizens' rights, couldn't take them away fast enough. The defender against tyranny provided not only the tyranny but the tyrant.

Finally, a brave lead counsel for the Army, in the 1954 Army-McCarthy hearings, faced McCarthy publicly.* Welch famously asked, "Have you no sense of decency, sir? At long last, have you left no sense of decency?" Then CBS's redoubtable Edward R. Murrow, in a hard hitting series, finally brought this rotten bastard to his knees.

That is how one man, an undistinguished junior senator from the small state of Wisconsin, with no organization or background, all but destroyed the civil liberties of the world's most powerful nation, playing to the cheap seats with cries of fear based upon his turbid and evil imagination. One man!

But, of course, it can't happen here. This isn't 1952. Things are different. Stephen Harper is not Joe McCarthy. And he's held firmly in check by a House of Commons that protects our solid democracy from tyranny. Our members of Parliament can be depended upon to put the rights of citizens ahead of party discipline. Nowadays you can trust people in charge like the RCMP and CSIS to do the right thing. And the powerful media will be ever vigilant to keep careful watch on the authorities and, if wrong is done, instantly expose it, let the chips fall where they may. Canada is different.

And pigs can fly.

Postscript: Readers may be interested in an oldie from the '30s, It Can't Happen Here, by Sinclair Lewis, dealing with Naziism and a small American town.