Wednesday's meeting of Education Minister Peter Fassbender, BCTF president Jim Iker, and BCPSEA negotiator Peter Cameron, ended inconclusively, though mediator-in-waiting Vince Ready later said he will meet with the two sides Thursday. Fassbender was first out of the gate with a news release that set out the government's thoughts for getting schools open on time next week. Clearly composed before the meeting, it deserves study and translation: 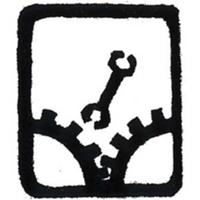 "I proposed three specific steps to reach a settlement and clear the way for students to go back to school on schedule.

"First, I asked the parties to set aside the matter of potential grievances stemming from Justice Griffin's decision.

"The demand on potential grievances is nearly a quarter of a billion dollars a year. This matter is before the courts and will be addressed through the appeals process."

Translation: We burgled the teachers' contract back in 2002 when my boss Christy Clark was education minister, and we've been busted twice for it. Third time lucky -- we've been living well on the proceeds of our heist, and we can't afford to pay it all back.

"I'm not asking the BCTF to do anything prejudicial to their court case, but setting this issue aside as the appeals process takes place gives mediation a chance to succeed."

Translation: The Court of Appeal will nail us again, but sometime next year. And a year is a long time in politics. Even if we can't get proposal E.81 into the next contract, so we can blow the deal up if the court rules against us, we can always resign and leave the problem for whoever inherits it.

"Second, I urged the parties to get into mediation as soon as possible. I made it clear that setting aside the grievances is not a precondition for mediation but I stated my belief that doing so would allow negotiations to focus squarely on the key issues at hand: teachers' wages and class size and composition."

Translation: Class size and composition are precisely the issues we stripped out of the teachers' contract in 2002, and we've saved the taxpayers a bundle for 12 years by passing on the costs to the special-needs kids and their parents. We'd rather not deal with them now.

"My hope is that it would move the parties into a zone where mediator Vince Ready sees an opportunity to start productive mediation. We expect Mr. Ready will explore this development but -- as it was agreed to by the parties -- it remains up to Mr. Ready to decide when to start full mediation."

Translation: We're throwing a Hail Mary passing of the buck to Mr. Ready.

"And third, I asked the BCTF and BCPSEA to suspend all strike or lockout activities for two weeks when Mr. Ready starts mediation. Government has no plans to legislate an end to this dispute and we are not asking either the BCTF or BCPSEA to give up their right to strike or lockout. We are just asking them to voluntarily stand down and let classes start while the parties are in mediation."

Translation: No government "just asks" people to do things. We know perfectly well the teachers will go back to work if serious mediation is possible, but we're not going to kill ourselves to make it possible. If mediation happens, we take the credit. If it doesn't, the teachers take the blame. And by the way, saying we have "no plans" to legislate an end to the dispute (right now) leaves it wide open that we can suddenly have plans and then legislate an end to the dispute (later on).

"British Columbia has a world-class public education system and our students consistently rank among the best in the world. That is in large measure due to our great teachers. We need to resolve this dispute and work together to build on our success and prepare our students for the future."

Translation: Since our students are good enough already, why pay more to make them tops in the world? If it's the small proportion of special needs students who suffer most from our insistence on underfunding their support and placing them in large classes where teachers despair of doing right by them, well, those losers statistically disappear when averaged into the whole of our generally well-performing student population. In other words, hey, let's not get bogged down in specifics.

As for resolving this dispute and working together, that would require a degree of radical imagination not seen on either side in the half-century since the days when Wacky Bennett first fell out with his teachers in the 1960s.

British Columbia is deeply divided between those who see education as the publicly subsidized means to personal advancement, and those who see it as the way to advance us all as a society. Thirty years ago in School Wars, my first book on education, I described the first group as "schismatics," who split themselves off from the rest of us, and the second group as the "ecumenicals," who want us to act and prosper as a united community.

Until one group or the other fails to gain with its base by promoting its own vision of education, or persuades the other to join it, our school wars will rage on.