The long summer stall in teacher bargaining may be due to terms the government is insisting on including in the next contract, The Tyee has learned. One proposed clause, apparently a major sticking point, appears to stem from the legal, financial and political bind the BC Liberals face after rulings against them by the B.C. Supreme Court. 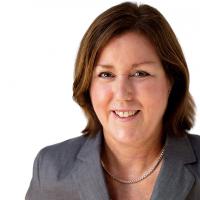 School Looms, So Why's No One Bargaining?

While a media blackout continues, information received (not from anyone bargaining on either side) suggests that "one of the major stumbling blocks in the contract that the government wants the teachers to sign is that there is language/wording that virtually recreates all the conditions set out in Bills 27, 28 and 22."

Bills 27 and 28, passed by the Gordon Campbell Liberal government in 2002 when Christy Clark was education minister, effectively tore up the contract teachers had been working under, and removed class size and composition from the bargaining table.

In 2011 the BC Supreme Court declared the bills unconstitutional. It gave the government one year to make amends, and in 2012 Victoria introduced Bill 22, effectively restoring what the Supreme Court had rejected.

Again the B.C. Teachers' Federation (BCTF) went back to the Supreme Court, and in January 2014 the court again ruled in the teachers' favour, saying "the government did not negotiate in good faith with the union after the Bill 28 decision.... Their strategy was to put such pressure on the union that it would provoke a strike by the union."

The government appealed the ruling and a decision is expected from the Court of Appeal sometime after hearings in October -- maybe as late as next year.

The Tyee could not confirm the existence of "rollback" language that would oblige the teachers to give up what they had gained in two Supreme Court decisions. However, the government has also proposed a clause stipulating that when the Court of Appeal decision is handed down, any existing contract may be terminated by either party and new bargaining will resume.

In effect, if the government loses a third time, it can ditch any contract the teachers may agree to in the next few weeks.

The proposal, "E.81," was submitted by the B.C. Public School Employers' Association on June 15. It says in part: "Within 60 days of the ultimate judicial decision, either party may give written notice to the other of termination of the collective agreement. If notice is given, the collective agreement terminates at the end of that school year, unless the ultimate judicial decision occurs after the end of February, in which case the termination takes place at the end of the following school year."

It is hard to imagine what the government was thinking when it proposed this, and also hard to understand why it wasn't promptly withdrawn. The BCTF has every reason to see E.81 as the government's admission that it will lose its appeal, but still hopes to escape the consequences.

Justice Griffin ordered the restoration of the 2001-02 contract, when the provincial operating education budget was almost $3.8 billion. All things being equal, that was the equivalent of $4.8 billion in today's dollars -- before adjusting to today's declining student numbers and aging-teacher demographics. And in fact last year's operating budget was $4.68 billion -- so a restoration of 2002-level funding wouldn't break the provincial bank.

But much of that extra billion dollars must have gone into rising fixed costs that have burdened school districts with a decade of added expenses. That's where most of the government's "increased school spending" has gone: into fuel and maintenance costs and other Victoria-imposed expenses. And that's what enabled the Liberals to brag about keeping taxes low. Pass the costs on to the districts and kids, and taxes can be very low indeed. Pay those costs, and you'll have to tax or borrow. Your base won't like it.

So the Liberals predictably appealed Justice Griffin's second ruling. A third defeat would not just box them into a corner. It would remind British Columbians that their "Families First" government has deliberately and repeatedly imposed unconstitutional hardship on B.C. children. In effect, it would confirm that a generation of students have been studiously robbed of the education they might have had, if the Liberals hadn't been so eager to cut taxes.

Proposed clause E.81 looks like a get-out-of-jail free card. In theory, if the Court of Appeal ruling supports the government after all, it would give the teachers a chance to ditch whatever contract they have agreed to, and start over.

In practice, the card likely holds little appeal to the teachers, who must understand how little political capital they have left. They could not afford to fight such a ruling, much less reach a reasonable settlement with a triumphant government.

If the Court of Appeal rules against the government, however, the Liberals face an almost impossible predicament. They will have to tax or borrow to raise hundreds of millions of dollars, with the prospect of raising still more next year -- and yet again for 2016-17, with an election looming.

Alternatively, by blowing up whatever contract they sign now, and starting over, the Liberals have the faint hope of grinding down the BCTF to the point where the teachers will cave in and effectively give up what the courts had said was theirs.

Faint hope indeed. To strategists on the teachers' side, E.81 might well have been instantly understood as an admission of defeat, a deathbed repentance in hopes of salvation. A Tyee source says the teachers did not try to negotiate around it; why should they? It's been sitting on the table for over two months, a self-ordered government tombstone.

Seen again from the logical strategic perspective of the BCTF, all the union now has to do is hang in there, even if the school year is postponed. At some point the media blackout will end and the teachers will be able to explain what's been going on. The Liberals will be intensely embarrassed, not only in front of their adversaries but in front of their supporters. Those supporters will not be happy.