Back in 2005 I ran in a provincial election. Since then I have occasionally been asked if I'm ever going to run again. Today I am announcing my intention not to run in a future election, because I have realized I may be ineligible for public office.

Here are some reasons why:

2007: Me appearing to double-fist beers at a bowling night (in fact I am holding a beer for a friend)

2007: My friend at the same bowling night pretending bowling balls are giant boobs

2007: Me in front of a Pride float full of gyrating, nearly-naked men

2009: Me and my roommate dressed in fancy and debatably sexy outfits holding a fake party for our cats

2010: Me in an Improv Anywhere Freeze flashmob, pretending to hit another participant

2012: A cartoon version of me as Dr. Claw, the villain from Inspector Gadget

But wait, you say. Sure, some of those things might be dumb. But what does most of that have to do with seeking public office?

Oh, I forgot the operative factor that makes the other things worse, apparently:

For some reason young women candidates keep finding themselves attacked for expressing their sexuality, even though it's not at all relevant to the office they're seeking.

Here's what Kelly said in her statement of resignation:

"After 25 years of serving my community, I put my name forward as a park board nominee to move my life as a community activist fighting for social justice issues, to claiming a seat at the decision-making table," Kelly stated. "Unfortunately, my work in theatre and as a sex-positive activist is being sensationalized -- and will clearly continue to be -- distracting from my efforts in the community and in the election campaign."

Miranda Nelson at the Georgia Straight implored Kelly to stay on:

"Trish, you had my vote, 100 per cent. You're open, you're honest, you're funny and you're unafraid. Those are the sorts of qualities I look for in my civic election candidates. Fearlessness. The ability to laugh at oneself. And the willingness to talk about a woman's body without a lick of shame."

Like Nelson, I was really looking forward to voting for Trish Kelly. I also watched the video before it was taken down, and my first reaction was, "This is amazing! I want to vote for her even more now!"

But I don't doubt that the issue was going to become worse as the campaign went on. The first video was a shot across the bow, but I've seen how dirty politics can get, especially municipal politics, and I know how incredibly taxing it is on a person to be subject to intense personal attacks and whisper campaigns. With election day months away, I wouldn't ask anyone to ride that out without immense support from their party, friends and networks. 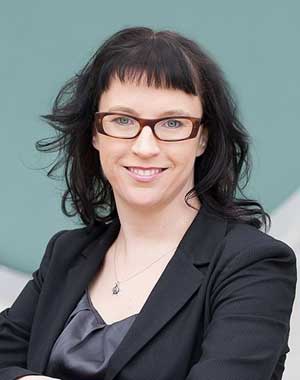 Former Vision parks board candidate Trish Kelly: did she make the right decision?

I'm not interested in holding any one person or group particularly responsible. This sensationalizing and shaming of women's sexuality is part of our culture and we all need to take responsibility for changing that, because it's not only Kelly this has happened to.

When actress (and feminist) Ashley Judd announced she was interested in seeking a state senate seat in Kentucky, one of the big narratives against her was that she had appeared naked or partially naked in several of her films. This is a particularly good example of how there's a sexist double standard at work here: check out this Mother Jones article on all the male actors who turned political figures with nary a mention of their film nudity.

In 2010, 28-year-old Democrat candidate for Congress Krystal Ball was pilloried when her opponents dug up and shared private photos of her and her husband having a sexy Christmas party six years earlier. Her comments are really helpful at shedding light on why this is so wrong:

"How did this happen? How did I end up with private photos of me at 22 with my ex-husband across the entire Internet, and in papers from London to New York to Boston? It's not because people care about the Congressional race in the first district of Virginia or because of my positions on energy independence, school choice, marriage equality, or pro-growth environmentalism....

"I don't believe these pictures were posted with a desire to just embarrass me; they wanted me to feel like a whore. They wanted me to collapse in a ball of embarrassment and to hang my head in shame. After all, when you are a woman named Krystal Ball, 28 years old, running for Congress, well, you get the picture. Stripper. Porn star. I've heard them all. So, I sat in my husband's arms and cried. I thought about my little girl. I couldn't stand the idea that I had somehow damaged the cause of young women running for office. I couldn't stand the idea that I might shame my family, my friends or my supporters in some way."

I have long felt there will be a point where my generation and younger generations will be the ones filling not only political positions, but the positions of pundits, bloggers and other opinion leaders. And at that point people will care a lot less about the things that can be dug up online about a woman candidate, because we'll all have something like that online.

"I knew that there could be no other answer to the question than this: society has to accept that women of my generation have sexual lives that are going to leak into the public sphere. Sooner or later, this is a reality that has to be faced, or many young women in my generation will not be able to run for office."