As I get closer and closer to the day of reckoning I find myself thinking a lot about the Bigger Issues -- and events I'll never live to see. As Samuel Johnson said, "depend upon it sir, a hanging in a fortnight concentrates the mind wonderfully." 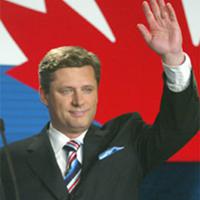 Expect More from Your Government

So does being an octogenarian.

I find I'm thankful for all the Affirmative Action I've been blessed with -- born on the right side of the tracks, the right colour, education including private school, a huge network to catch me if I fall and being lucky enough to be the right person in the right spot on several occasions.

I've been lucky enough, as well, to have been temporarily desperately poor, for those circumstances provided me insight. There came a day when I was living in a comfortable house, complete with a swimming pool -- all of which was being foreclosed upon. It made me realize that most of those nearby desperate people who survive day by day from handouts weren't always in those circumstances and certainly weren't there by choice. Many, like me, are mentally ill, but unlike me, they haven't been lucky enough to get treatment and supervision as I have. Being absolutely stone broke, no assets, maxed-out credit cards, house worth less than the mortgage and friends secretly putting food in your freezer, tends to be a character builder. But I always had friends.

I think of my youthful days working at American Can deep in the east side of Vancouver where kids from the west side met those from the east side. It strikes me now, though it didn't then, that most of the east siders working there saw American Can simply as their place of work whereas I, like a few other more privileged fellow workers, were there to earn money for our university fees. For no better reason than place of birth most of them -- the ones I drank with in the Haddon (now the Drake) beer parlour -- were earning their living and most would be doing that sort of work for life. I wouldn't be. And it wasn't only because my family had more money. It was because I belonged to a network of influential friends on my side of town.

I think of my appalling knowledge of First Nations. I learned in school all about the Iroquois, Algonquins and Hurons but nothing about Aboriginal people in my province. This ignorance fortified the notion of the 'drunken, shiftless Indian.' It wasn't until 1969 when I went to Kamloops that I started erasing my prejudices.

My political work brought me in close contact with the chief of the Kamloops Indian Band, the late Mary Leonard, and the scales fell from my eyes. I met many, many times with their council, successfully getting an agreement to put a road to a new bridge across their land. I felt thoroughly ashamed of my previous ignorance and still feel that way.

Canada and British Columbia must decide a critical question. Are we a society that cares for one another or simply a bunch of warring factions with our governments in thrall to large corporations?

How can Canada have such bleak poverty amongst comparative riches? Indeed, how can the world put up with rising poverty and near poverty? How can there be poverty when there are billionaires? Remember that a billion is 1,000 million.

And yet, if you dare to suggest measures that might not enable and encourage the very rich to get even richer, right wingers will cry, "That's Communism!" We're told that these very rich people create jobs that fight poverty. This notion was mocked by economist J.K. Galbraith who years ago defined trickle-down theory as "the less than elegant metaphor that if one feeds the horse enough some will pass through to the road for the sparrows." Galbraith has been proved right.

It is also said that a rising tide raises every boat which ignores all those boats whose anchor is too deeply bedded in the bottom. The poor, that is. You will also hear from those defending the inequitable status quo that that we are an equal opportunity country and all the poor need do is apply themselves. If they would just pull up their socks, one is to presume, the poorest might too become millionaires a thousand times over. And if you raise taxes on corporations and the people that run them they will move away with their money never to be seen again.

I don't believe that for a moment. To me, the fair tax hits huge companies and those who earn high six-figure and seven-figure salaries.

Here, then, are our options. Permit poverty amongst plenty. Or endure a little more hissing and take a few more feathers from the rich.

What is not fair is increasing user taxes and fees for the obvious reason that the less affluent get hit harder, proportionally, than those who are well off. True, user tax rebates mean that some at the lower end of the income scale get a cheque each year. What that cheque confirms, though, is what I'm saying, namely that user taxes and fees are inherently unfair -- otherwise, why the hush money?

Higher taxes for the well off won't likely happen because corporations have taken over our governments and won't permit it. This arrangement does not flow from some weighty economic argument that carries the day after being honourably and publicly debated. Rather, it's as simple as this. Those who pay the piper for the privilege of calling the fiscal tune, namely big business supported by the likes of the Canadian Taxpayers Federation and the Fraser Institute, win every time, big time.

There is a new political dimension to politics -- a Hugo Chavez style "democracy" which, whether out of sympathy or simply the desire to run things (likely a mixture of the two) rules with the trappings of 'democracy' but in reality is simply a new modern communism with the rough edges sanded off. We must recognize this dangerous new political animal and understand why it's on the scene.

Communism as a philosophic underpinning to autocracy has gone but the reasons for it have not. Which explains the popularity of the Occupy movement. Good people will either make their politicians recognize the evil of poverty or others will take over that ability.