Usually, those of us who live on the West Coast are acutely tuned to tectonic activity, but the regulatory shift last week triggered by the California Air Resources Board (ARB) did not register on the seismographs of any major Canadian newspapers. This is surprising, given that the cap and trade system that California approved represents the most significant advance in climate policy in the U.S. and Canada in decades. 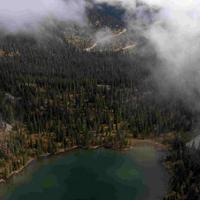 The ARB voted unanimously on Friday to approve the final regulations that will create the second largest carbon market in the world, beginning in 2013. While the U.S. Federal government's interest in climate policy has declined, California, still the world's seventh largest economy, will implement a cap and trade scheme that represents the most significant issue in U.S. climate policy since the Kyoto Protocol.

Mary Nichols, the chair of ARB linked the significance of the decision to broader energy security concerns that are perhaps more politically important in the U.S., "For over half a century, every American president has been calling for America to move away from our dependence on foreign oil and become energy independent. The reason we did not succeed in addressing our addiction to petroleum is because we did not have the right set of policy tools. Now we do."

How cap and trade will work

The cap and trade scheme will allocate and auction emissions permits to industrial sites that emit more than 25,000 tonnes of CO2e per year, establishing a fixed cap on the overall system. Over time, the number of permits available under the cap will be reduced, encouraging companies to innovate to find affordable emissions reductions. The most innovative companies will be able to sell their surplus permits to those with growing emissions, or less room to change. This market-based approach ensures that there is a binding cap in place, but that companies innovate and trade to find the lowest cost reductions in the economy.

Global trade in carbon in 2010 was more than $142 billion, underwritten largely by the European Emissions Trading scheme. Similar systems are being developed in China and Australia.

California is not acting in isolation. British Columbia was an early leader in Canadian climate policy through a series of policies under the 2008 Climate Action Plan. The province's Climate Action Secretariat has played a central role in building the WCI system, alongside California.

However, the front-running partners in the Western Climate Initiative are now Quebec and Ontario. The success of the provincial Liberals in the recent election and the rise of the NDP, who have aggressively advocated for strong climate policy, bode well for Ontario's involvement in the cap and trade system. Once linking agreements are in place, the cap and trade system will allow for investments to flow between the provinces and states, almost certainly creating new economic opportunities for WCI provinces, given the scale of California's economy.

With British Columbia’s participation, the WCI will cover up to 79 per cent of Canada's emissions, making the debate about the federal government's position on climate change almost irrelevant.

Will premier move ahead with WCI?

While British Columbia's interest in climate policy was affirmed by the premier earlier in 2011, the government's commitment to the WCI is currently subject to an economic impacts review; often in government this kind of study is the earliest sign of a retreat from a policy position.

Perhaps the province is feeling pressure from the oil and gas sector as it seeks to expand shale gas production. This would be surprising, given that market pricing signals would suggest that the cost to industry of participation in a cap and trade system would be lower than the cost of the carbon tax.

While there is an ongoing debate about the benefits of a carbon tax versus cap and trade, one of the advantages is that the latter system should establish an enforceable maximum level of emissions. Carbon tax pricing is based on an estimate of the price required to drive innovation in emissions reductions and provides less certainty, in return for greater simplicity. States and provinces that do not participate in the WCI will likely face charges related to the export of products and energy services, to ensure that businesses that participate in cap and trade are not penalized.

As Premier Clark considers whether to move ahead with participation in the WCI, the new question triggered by ARB's decision is whether we can afford to stand back and allow these seismic regulatory shifts to happen around us and not participate in a system with our biggest neighbour to the south and our strongest allies in Canada.