"Why shut the door on this domestic violence program? It's a matter of life and death." -- "Jane Smith," survivor 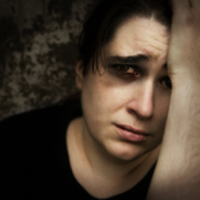 The woman calling me on the phone was understandably nervous -- but her tone was urgent.

Nervous because she is a survivor of domestic violence who needs her identity protected, even eight years after leaving her husband.

Urgent because the service that she believes saved her life is being closed -- the Vancouver General Hospital's domestic violence program.

It's a closure that women's support groups and social workers are calling "outrageous, shocking and absolutely brutal," but Jane Smith is even more devastating in her analysis.

"There are probably women going to be killed -- or commit suicide -- with taking away this program," Smith [not her real name] emotionally told me. "It's such a tragedy. There are women who need the domestic violence program."

So why is it disappearing?

Last week 24 Hours newspaper exclusively reported that a July 26 Vancouver Coastal Health Authority internal memo from senior managers to VGH emergency room physicians and staff that I obtained stated the 18 year program is being "reconfigured" and existing jobs there "realigned."

And while the provincial Health Authority spins that the VGH program is actually "expanding" to include adult abuse and neglect now mandated by the new provincial Adult Guardianship Act, the sad reality is that all out-patient domestic violence counselling is being eliminated.

What's more, the program's highly respected director, master of social work Kathleen MacKay, has been told she must "reapply" for a job -- which will now only be half-time on domestic violence and half-time on adult abuse -- and that her administrative staff support position has been axed.

Vancouver Coastal insists that existing VGH outpatients will be "transitioned" to community counselling services -- but none of those women's domestic violence support groups have enough resources to deal with high existing demand, let alone take on 25 new cases weekly.

That's probably why Battered Women's Support Services and Vancouver Rape Relief & Women's Shelter were not even consulted by Vancouver Coastal before the decision was made -- because the answer is so obvious.

The results are obvious too -- just ask Jane Smith, who called me after seeing the two 24 Hours stories.

"I don't know where people are going to go. I'm so blessed that I went through the program. It saved my life," she told me. "Kathleen MacKay makes you feel very safe, very secure. She knows how to talk to you, to lift you up."

Smith didn't dwell on her own situation, but made clear it was terrible when she went to the VGH program after being abused.

"I was afraid he would kill me, get his gun and kill me," she said. "I was so frightened, like a little child. The emotional abuse was horrific."

"When someone gets violent, it's a scary place to be. When you have no one else to turn to and the person is violent and manipulative...," Smith said, her voice trailing off.

But fortunately she went to VGH.

"I feel like the luckiest person -- I've been given a second chance at life," Smith said. "I'm safe and I'm free, but there are women walking down the street who are afraid, who are intimidated."

"There are women waiting in line to get into programs," Smith says. "You feel like an ant when you first come in -- you're so beaten down. Then you're lifted up."

"Now I'm no longer alone. At last I can tell someone about this," she continued. "Kathleen helped me move on. In six months going through the program my fear was lifted."

"I was so scared before. Now I don't feel that fear that someone will kill me, follow me down the street." Smith said.

Smith's experience makes it clear that B.C. Health Minister Kevin Falcon must intervene immediately and order Vancouver Coastal Health to retain this program. He cannot allow victims of domestic violence to be put at risk.

"It's outrageous,” says Angela Marie MacDougall, executive director of Vancouver's Battered Women's Support Services. "No, we don't have the resources -- we have 100 women on a waitlist right now for counseling."

MacDougall said BWSS has 50 new cases of domestic violence every week and no excess capacity to take on extra work now done by the VGH program, which she called an "incredible resource."

Added Rape Relief spokesperson Daisy Kler: "It's a very crucial service for women. There are not enough of these programs and to lose one -- we're very concerned. The problem is offloading services."

"We're very concerned they're closing a program that sees so many people -- 20 to 25 a week -- and there's nowhere else for them to go," Linda Korbin, BCASW executive director, told me.

"Who will die or suffer significant injuries as the result of the program closure?" Korbin asked.

And New Democrat MLA Adrian Dix says Vancouver Coastal is closing a program "that meets community needs" at a time when non-profits have suffered cuts themselves.

"It's clearly the wrong decision, the wrong approach," Dix said. "This program has long been recognized and is the right way to go."

But despite the concerns, Vancouver Coastal Health spokesperson Anna Marie D'Angelo strongly denies the VGH program is being eliminated or the budget cut, instead saying it was "expanding" to also cover adult abuse.

"There's actually no cut in service. We increased the scope to meet the needs of patients," D'Angelo said in an interview last week.

D'Angelo noted that while the outpatient counselling will end, there will still be five full-time social workers at VGH.

"We understand that change is difficult for some people," she said.

It would be easy to simply target Vancouver Coastal Health Authority as the problem -- too easy.

The reality is that the provincial government is in charge of health care in B.C. -- politicians, not bureaucrats, are the ones responsible for delivering the service people need -- like the VGH domestic violence program.

Funding for adult abuse is important too. But when this government finds $563 million for a new roof and renovations at B.C. Place and $3.3 billion for a new Port Mann Bridge, don't tell me it won't pay a pittance to ensure vulnerable women escape violent relationships.

Instead, tell Health Minister Falcon to keep the VGH domestic violence program -- before it's too late.

Give other women like Jane Smith the chance to triumph over abuse by providing the resources they desperately need.