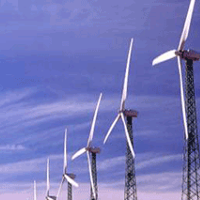 First, they affirm the argument I've been making for over a year -- that BC Hydro is being forced to buy private power at up to double its market value, sell it at a huge loss, and then, assuming that this idiotic government tubes Burrard Thermal as our backup power, it has buy back that power at high import prices!

Here's how Professor Douglas McArthur confirms that opinion on his blog PolicyCentre.ca:

"Private hydro produces most of its power in the spring and summer when B.C. already has a surplus of power from BC Hydro's already established plants. It doesn't need more power in the spring and summer when the runoff is high. But the government is making BC Hydro buy the power from these producers at inflated prices, even though it will have to turn around and sell it into export markets at much lower spring and summer market prices. Then, in the winter, BC Hydro will have to buy very expensive power from producers in the U.S. The private hydro producers will make a lot of money, Hydro will lose huge amounts of money on the whole complicated deal, and BC Hydro customers will make up the difference in higher rates... [The] government explanations just don't add up when subjected to scrutiny. If this was happening in India or Pakistan we would be raising no end of questions."

Dr. Marvin Shaffer, an acknowledged power expert also from SFU, confirms this analysis, concluding that the Campbell government "force[s] BC Hydro to look only to the private sector to develop new sources of energy, no matter how costly and low in value many of these sources are, or what cumulative environmental impacts they have."

What's good about this deal?

In a nutshell, then, Campbell forces BC Hydro to buy all the private power produced on a "take or pay basis" at up to twice its value at a time when its not needed, meaning Hydro must sell it at half price into the export market and buy it back at much, much higher prices if they do need power.

How do they get away with it?

The Campbell government plays upon the public's inaccurate understanding that the Burrard Thermal power plant is a huge despoiler of the environment -- in fact, it uses relatively benign natural gas for power and it's only used in rare times of emergency with a minuscule, short-term environmental impact. [By way of aside, hospitals and media outlets have this sort of backup, and what else would one expect? So do many citizens especially in Lions Bay where I live, which is subject to power losses more often than elsewhere. No, I don't take it personally! The environmental impact of these emergency backup arrangements is minute.]

What, then, will happen to BC Hydro?

At present it's on the hooks for $31 billion in future "take or pay" contracts which will, it's estimated, double if the Bute Inlet private development goes through. Every new license ups the ante. So, how does BC Hydro handle this?

BC Hydro is not permitted to bring new power on stream, with the exception of upgrading its own facilities and bringing on the Site C dam. The latter is hugely damaging to the environment, and unpopular. In fact this is a "man of straw" because Campbell and company are setting up a false dichotomy: it's either private power or Site C. This is nonsense.

How long can Hydro buy high, sell low and be deprived of its back-up in Burrard Thermal for those few days a year it requires its power?

Citizens will have to pay

Is it any wonder that the SFU professors are looking for a reason for all of this madness?

This so-called "energy policy" is indeed mad. No intelligent government would create such an idiotic scheme. In fact, in speaking to citizens around the province as I did last spring, even in the face of unassailable evidence people were reluctant to assume that any government could be so stupid. They doubted me -- even though I reminded them of Mair's Axiom I. Namely, it is: "You make a very serious mistake in assuming that those in charge know what the hell they're doing!"

What, then, are BC Hydro's options?

The first is obvious. It fails to meet its obligations and it is, for all intents and purposes, put into bankruptcy with its assets sold to pay off its capital debt. Now, if that seems like indigestible public policy, remember that with BC Rail, that's precisely what happened -- despite the most solemn of vows from Gordon Campbell not to do it.

The second is perhaps more likely. BC Hydro simply raises its domestic prices so that we the people -- with our businesses and industries -- finance the heavy losses resulting from its forced export of private power. In short, the dividends paid to shareholders of large offshore companies are being paid by us through our electricity bills, and through the cost of energy passed on to us by corporations. Think on that as your electricity bills come in!

This cannot be stated too often:

1. We do not have an energy crisis in B.C. All future needs can be met by employing conservation methods, upgrades to present Hydro facilities and Hydro putting generators on flood control dams -- and by taking back the Columbia River benefits in power rather than taking it in money.

2. Even if we were short of power, how can it be replaced by private power when that power is only created at a time when BC Hydro can't use it? Clearly, when the government says we must have energy self-sufficiency by a certain date -- energy which will come from private power -- they are terminologically inexactituding through their teeth!

Here it is in a nutshell. Kim-il Campbell and the pusillanimous lickspittles he surrounds himself with are shattering our environment by ruining our rivers and the animals and vegetation they sustain. They're making out with province shareholders rich with our public resources. They're either bankrupting BC Hydro, the most important and successful of our crown corporations, or forcing it to make the B.C. citizens pay with their own electricity bills for the immense profits of private companies.

And here's a question for the premier that he's utterly failed to deal with -- every year BC Hydro pays the province hundreds of millions of dollars by way of dividend, which goes to our schools and healthcare. Now this money is sucked out of B.C. and into the pockets of private shareholders like Warren Buffett.

Why are you doing this Premier Campbell?

There is absolutely no sense to this policy which devastates us environmentally and fiscally, so why are you doing all this to our wonderful province which has been entrusted to your care?