Green Party members preparing to pick a leader to replace Elizabeth May in two months are spoiled for choice with nine people competing for the job.

The candidates generally agree on core Green issues like the climate crisis, environmental protection and the need for a guaranteed basic income.

But they have some clear differences on how they would shape the party and their strategies to grow beyond its current three MPs, with some urging a leftward shift and others advancing a more centrist vision.

Taking one tack during a July 28 online townhall was lawyer Andrew West from Ontario, who argued the party needed to take a “big tent” approach if it wants to be able to make its vision real and who several times described himself as the most “relatable” candidate.

Others, like B.C.’s Amita Kuttner said they see the leadership as an opportunity to build a movement that can lead on environmental and social issues. Courtney Howard, a doctor from the Northwest Territories, talked about focusing on health and the interconnectedness of planetary and human health.

Montreal immigration lawyer Meryam Haddad introduced herself as a socialist and called for adopting clear, uncompromising positions. “Climate change is the biggest social issue of our time,” she said. “It’s also the biggest economic issue of our time. We need to completely overhaul our economy, so we stop exponential growth so that my generation actually has a chance, because the status quo means extinction.”

Haddad said in an interview that she entered the race because she’s passionate about fighting for marginalized people. Decolonization and social justice need to be at the core of the party’s message, and it should pull the political discussion in Canada to the left in a way that will resonate with young people and others who have felt unrepresented, she said.

“We need to be proud of our progressive platforms,” she said. “A lot of the candidates are very fine with continuing in this capitalist, neoliberal way of going on in the future. If we really want to tackle the climate crisis adequately and give ourselves a shot, we have to rethink our economy all together.”

Similarly, Dimitri Lascaris, who in his early 50s is a retired class action lawyer, said the party needs to be boldly progressive and to do more to defend the rights of workers.

In a July interview, Lascaris said the party has been reluctant to acknowledge that the core cause of the climate emergency is the capitalist economic system. Until the economy is transformed, he said, we’ll be on a path to an unlivable planet.

He got into the race because he “just didn’t see anyone in this field of candidates... who is prepared to combat corporate power.” Addressing it, however, has to be done in a way that reassures workers they won’t be left behind, he said, and the party needs to do more to champion workers’ rights so that it isn’t perceived as anti-labour.

During the townhall, Glen Murray, a former Winnipeg mayor who was a cabinet minister in Ontario provincial Liberal governments, argued for caution. He pointed to the success of blue-green alliances, with unions and the environmental movement working together to push for carbon emission reductions.

“Part of the narrative coming out of this party right now is that we don’t accept that industry and labour are full partners, and we’re creating a lot of friction there, and I just don’t think that’s realistic and I think we need to have a good healthy debate about that,” he said.

Annamie Paul, a lawyer who has worked in international organizations, said she has the experience to help diversify the party, which will be key to making a breakthrough with voters.

In an interview, Paul said she’s talking about racial diversity, but also socioeconomic status, gender identity and age. “It’s hard to hear but it’s true, the Green Party’s record on diversity is very poor,” she said while stressing her love for the only party she’s ever joined. “We ran the least diverse slate of candidates in the last election. We haven’t historically had much diversity within our federal council, which is our governance structure.”

The failure has come despite “respect for diversity” being one of the party’s core values, Paul said. “We have a lot of work to do.... The good news is the party [members], I believe, recognize that.”

“There is no political party where these things have changed organically, so we’re no different in that respect,” she said. “Up until this year we didn’t have any policies, any explicit policy, strategy in place in order to attract more diversity to the party, whether in terms of members, or candidates, or our council members.” 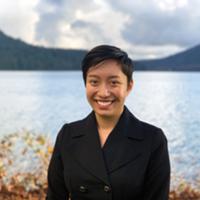 The party still doesn’t have explicit policies but did recently put out an anti-discrimination statement. And the diversification process is under way, she said.

“What I want to see, and what we need to do, is go further and really put in place proactive strategies in order to make it clear to people that the party is really open and wants to diversify.”

It’s also a path to winning more seats, Paul said. “This is a very diverse country. It’s only getting more diverse. Any party that’s not moving in that direction is a party that can’t expect to grow or to win.”

Paul, who previously worked in Canada’s mission to the European Union and at the International Criminal Court, spoke as well about wanting Canada to reclaim a meaningful role on the international stage. The country has a lot to share with other countries about how to be stable and diverse, she said, a success that should never be taken for granted.

During the townhall, Paul said Canada had lost its way. “We also can be leaders by making sure that we have just trade agreements and by demonstrating it is possible to have a strong and robust economy without doing it on the backs of people abroad, and ensuring that if we do have partnerships they are with people who respect human rights, labour rights in the way we do.”

Both West and businessperson Judy N. Green from Nova Scotia talked about supporting the armed forces in taking on greater peacekeeping roles and making sure the country’s positions are in line with its human rights values and international obligations.

Lascaris and Haddad stressed the need for Canada to have foreign policies that are distinct from those of the United States and both support gradually demilitarizing.

Lawyer and former senior government worker David Merner from B.C. said Canada’s foreign policy should be shaped by making progressive changes at home like introducing a guaranteed livable income and offering free tuition. “My vision for our foreign policy is that Canada become a leader again internationally, especially on global climate action.”

Murray said a focus should be on Canada’s role as the planet warms and people are displaced from places that become uninhabitable. “Population relocation is going to be the biggest issue in this century,” he said. “Canada is one of the few countries that has the capacity to engage in that life-and-death issue.” 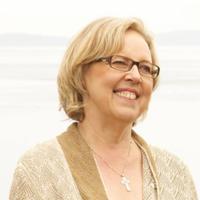 Voting will be online and by mail-in ballot and is scheduled to be completed by Oct. 3. People who are 14 by voting day and who joined the party by the start of September will be eligible to vote.

Contestants need to submit the $30,000 entrance fee and their nomination signatures by Aug. 31, so the field may narrow before voting begins.

Outgoing leader May announced in November that she was resigning after 13 years as leader, though she intends to still run in the next election to continue representing Saanich-Gulf Islands.

Aside from May, who has been an MP since 2011, the Greens currently have two other members of Parliament, Jenica Atwin representing Fredericton and Paul Manly representing Nanaimo-Ladysmith. Both were first elected last year.