Vancouverites could be a step closer to being able to add wine to their picnic baskets in some parks, beaches and public spaces if a pair of motions coming to city council are passed today.

Advocates say the change would recognize that many people don’t have access to private backyards where they can enjoy a sunset cocktail with friends while social distancing.

“Considering how widely it already happens, and considering how much backyards and private outdoor space has become a luxury in Vancouver, said OneCity councillor Christine Boyle, “there's a lot of support from people who see this as a reasonable way for them to be able to get outside during the pandemic.”

“The motion helps people who don't have their own private outdoor space to picnic in and to visit at a distance with family or friends and it helps our local restaurants who are doing more takeout liquor now.”

But a public health expert says a pandemic may not be the best time to relax liquor laws.

“I don’t think this is a time when we should emphasize the importance of using alcohol,” said Tim Stockwell, director of the Canadian Institute for Substance Use Research at the University of Victoria. “From a public health perspective, the priority is the risk of COVID-19 and reducing the burden on health care.”

OneCity’s petition supporting Boyle’s motion to call on the park board to allow alcohol consumption in some parks has been signed by nearly 4,000 people.

Another motion by councillors Pete Fry and Michael Wiebe proposes staff look at non-park city-owned spaces where alcohol consumption could be allowed.

Both motions aim to address concerns that biased bylaw enforcement tends to target racialized and marginalized city dwellers and that the $230 tickets have the greatest impact on low-income earners.

Boyle said public health and noise concerns are certainly issues, but she is confident that noise bylaws and park closures around 10 p.m. deal with the concerns.

Stockwell’s concerns about moving from the status quo stem from the “dangerous synergies” between alcohol consumption and the risks of COVID-19.

Alcohol negatively affects respiratory health, Stockwell said, increasing risks from COVID-19. And the change could increase pressures on the health-care system, he said. For example, he noted, alcohol is involved in about half of all drownings in B.C.

Liquor also plays a large role in physical and domestic violence which is already on the rise during the pandemic, Stockwell said.

And drinking in parks could reduce people’s ability to physically distance, especially if it’s consumed in excess, he said.

About one in five Canadians are drinking more than normal during the pandemic, according to an April survey by the Canadian Centre on Substance Use and Addiction, with boredom and stress being the two most cited reasons. In B.C. alcohol sales jumped by $89.5 million — about 17 per cent — in March and April compared to 2019, according to the Capital.

Stockwell is worried the liquor industry could use the pandemic to push for relaxed regulations as drinking increases but venues remain limited.

“People are really reluctant to accept any restrictions on alcohol despite the massive harms to users and those around them,” said Stockwell. “But maintaining present rules would limit the impacts on the health-care system.”

Boyle acknowledges the public health issues with increasing places for alcohol consumption, but said the toll that staying indoors takes on people’s mental health is also important to consider. 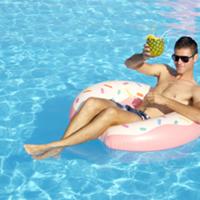 “Getting people outside with some fresh air with safe and responsible social interaction is important for all of our health as well,” she said. “And so I think it’s a question of, how do we appropriately balance those various issues?”

Stockwell says if liquor bylaws are going to be changed it should be a community decision and take into account the risk factors in that particular area.

Even though patios and bars are slowly reopening for patrons, any changes made now will most likely be permanent after pandemic restrictions subside, he said. “Once it is given, it’s very hard to take it back.”

Boyle feels this summer is the perfect time to test changes to liquor laws as there won’t be any large outdoor festivals or much tourism in the city.

She is also partial to models in places like the Australian state of New South Wales where there are dedicated no-drinking areas in parks, or in Montreal where alcohol must be consumed with food.

Ultimately the decision about drinking in parks and on beaches rests with the Vancouver Park Board.

“I'm hoping we can test it out this summer and see what we learn and keep evolving and adapting from there,” Boyle said.