As the World Health Organization and governments talk about the conditions to be met before restrictions to fight the spread of COVID-19 are lifted, British Columbia’s health officials warn there is a long, long way to go.

“It’s really important to recognize we are not at the end of our beginning yet,” Dr. Bonnie Henry, B.C. provincial health officer, said Wednesday. “We’re not in any way near the end of what we’re going to do with this and ‘normal’ is going to look quite different for some time.... It is going to be some weeks before we can let up even a little bit.”

The key to easing restrictions will be having enough immunity in the general population — what health officials call “herd immunity” — to prevent transmission and avoid large numbers of people becoming sick at the same time, Henry said.

That immunity can be built through people being infected and surviving or through a vaccine.

But developing a vaccine could take 18 months or more.

B.C. has yet to release a plan for easing restrictions. Henry said more information will be provided later today, when updated modelling is released, and in the coming weeks.

But other jurisdictions have already begun to share their plans.

In the United States, where there’s been heated disagreements between President Donald Trump and many state governors over when measures should lift and who can lift them, California Gov. Gavin Newsom outlined this week what he’s looking for before modifying the state’s stay-at-home order.

Those guidelines are similar to ones the European Union set Wednesday in a 16-page roadmap document on how member states could co-ordinate lifting restrictions.

And the World Health Organization cited six guidelines for “Transitioning to and maintaining a steady state of low-level or no transmission” in a COVID-19 Strategy Update released Tuesday.

British Columbia’s ability to meet the guidelines is mixed. The province has relatively few cases and compared to many jurisdictions appears to so far have transmission under control.

And earlier modelling found the province had the health-care capacity to handle an outbreak like northern Italy’s, if only just barely and after cancelling a large number of scheduled surgeries to create space in the province’s hospitals.

But there are still outbreaks at at least 20 long-term care facilities in the Lower Mainland and Fraser Valley, plus another at the federal prison at Mission.

Nor is it clear that workplaces and schools have what they need to reopen.

It should be no surprise that officials are warning the province remains far from lifting restrictions.

Premier John Horgan said B.C. has done relatively well because the restrictions the government has put in place and steps taken by individuals are working.

“If it were not for these measures, the outcomes would have been far different,” he said. “Were it not for the collective effort of British Columbians, we would have seen a different outcome. That’s obviously transparent when you look to the south of us at the United States where there are extraordinary numbers of deaths, numbers of infected, but still no real understanding of where the virus is going.”

Horgan said he wouldn’t set an arbitrary date for reopening schools and other places that have closed.

“We are on our own timeline,” he said. “We have been from the beginning. We saw this early, we addressed it early, and we will perhaps come out from underneath it early, but the science, the data, will direct us in that regard.”

Everyone wants to get back to normal, and B.C. is well placed for when that happens, Horgan said. But it will be done in a phased approach under Henry’s guidance.

Henry said that the guidelines from Europe are good and that the province had been involved in the WHO strategic plan. 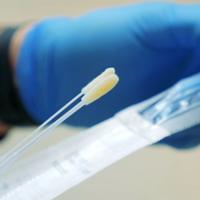 Considerations include the number of cases in the province, the health-care system’s capacity, the supply of personal protective equipment and the number of tests that can be done, she said.

“I think the other piece that’s really important around our testing capacity is having access in all parts of the province,” Henry said. “We’re not at the same point in all parts of B.C. either.”

Henry said blood tests that could show who has already been exposed to the virus and is likely to have some immunity will help. Until a vaccine is developed, exposure is the only way to develop immunity and life won’t go back to normal until enough people are immune to reduce the risk.

“We are in the midst of it still,” Henry said.

“We are not at the point where we can let up and I know that is very challenging for people.”