“Why would somebody willingly take part in their own oppression?”

That’s how Violet Manuel, a youth representative for the BC Native Women’s Association, responds when asked why some Indigenous youth may choose not to vote this election.

Many youths across Canada feel that no party platform can adequately address their needs, Manuel added.

She’s not against voting, though. For Manuel, voting is a “preventative measure” that Indigenous peoples can take while continuing to address problems of colonialism and nationhood in other ways.

“It is kind of unfortunate because, you know, I would really love to have the privilege of voting in someone that I actually believe in,” she said.

In the 2015 election, Indigenous peoples, among many other displeased Canadians, took to the polls to oust Stephen Harper’s Conservatives from their decade-long reign. Voter turnout on reserves increased to 61.5 per cent in 2015 from 47.4 per cent in the 2011 federal vote.

But just as prior to 2015, many Indigenous youth are having doubts about the worth of casting a ballot.

Nipawi Kakinoosit, a youth activist in Victoria, agrees it’s a tough decision — but he understands the stakes are high.

“If Indigenous youth decide to vote en masse, they can decide who forms government,” he said.

Kakinoosit believes that’s what helped put Trudeau’s Liberals in power in 2015. Indigenous movements like Idle No More sent Indigenous peoples to the polls, many of them young. Can the Liberals count on similar support this time around?

“If youth decide to vote, it is hoped that they will vote for the candidate that has the will of the people and the best interests of the overall community at heart,” Kakinoosit said.

“Youth, in general, will be speaking very loudly in this election about the climate,” he added. “The climate crisis is a major point for Indigenous youth in terms of voting.” 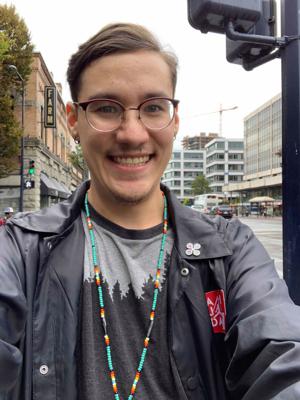 Nipawi Kakinoosit believes the Indigenous youth vote could have a huge impact, but the decision to vote at all is a hard one.

Originally from Sucker Creek First Nation in Alberta but raised in Prince George, Kakinoosit is a descendant of a Treaty 8 signatory. That treaty enables his people to adopt a stance toward the federal election — and the government it puts in power — different from that of settlers, he explained. “As Treaty people, we have the option to even participate in the Canadian system. We are not obligated as treaty people. That is their system that they created as a settler colonial state.”

Kakinoosit said he sees changes in how Indigenous youth are thinking about this election compared to older Indigenous voters.

“This generation is really beginning to highlight female leadership,” he said. “It’s showing a real revolution of Indigenous thinking, that Indigenous women are true leaders.”

Gazan, a Lakota candidate, is running against Cree-Metis Liberal MP Robert Falcon-Ouellette: one Indigenous candidate versus another to win a seat on Parliament Hill. Winnipeg Centre riding, Kakinoosit said, is “a unique situation that’s definitely starting conversations around Indigenous peoples in federal politics.”

However Indigenous people feel about the Liberal Party of Canada now, plenty are reluctant to see a Conservative government in office again.

As Kelsey Jules, a Secwepemc youth from Kamloops on non-treaty territory, put it, “Why would I bother to vote if I know my voice will be ignored?”

She’s an artist with a Bachelor of Fine Arts from Thompson Rivers University, whose work focuses on the impacts of residential schools on the descendants of survivors.

“For Canadian Indigenous youth, it is important to know we will be a part of decisions that happen to our communities, our land, and our people,” Jules said. “If we know we can make some kind of positive change, and influence change, that is what will make us want to vote.”

Recently, the Liberal government was criticized for how it decided to implement Truth and Reconciliation Commission Call to Action 66, which deals with youth reconciliation.

Youth advisors appointed by Minister Carolyn Bennett spent 2.5 years working on a report that was largely ignored, two of the advisors said.

The report called on the government to establish and fund Indigenous Youth Voices, an independent organization that would have kept the government accountable on Indigenous youth welfare. Instead, the government gave $15.2 million to the Canadian Roots Exchange, a non-profit charity specializing in reconciliation.

Cindy Blackstock, a leader for youth advocacy, has for years shown that Indigenous youth are the most underfunded demographic in Canada, and make up the largest proportion of children in government care.

Her most recent work involves the Spirit Bear Plan, which calls on the government to “end all inequalities in public service for First Nations children, youth, and families.”

According to the Canadian Child Welfare Research Portal, 6,698 children in British Columbia were in care in 2018, 4,252 of which were Indigenous youth.

With such stories in the news, Kakinoosit said it’s easy to find valid reasons why Indigenous youth might be frustrated with electoral politics.

Violet Manuel homes in on one key factor — decolonization. It’s an important topic for Indigenous youth, she said, but as they come to understand the damage done by colonization, “you find that a lot of youth don’t want to participate in any kind of government function, which is very fair.” 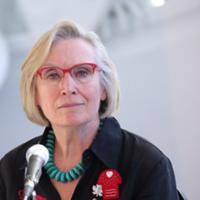 A study by scholars for Elections Canada titled Aboriginal Electoral Participation in Canada and published in 2011, found that “Elections Canada’s advertising aimed at Aboriginal electors has not been effective, particularly among young people.”

And that: “As Aboriginals go through a process of decolonization from a historically [and currently] oppressive society, they come to see themselves decreasingly as Canadians and increasingly as members of a separate nation.”

Manuel gets it. “But I definitely think that using whatever voice we have in any scenario, in any respective area, is very important.”

With weeks to go until voting day, she urges, “Just use your voice, whether it be to vote, to not vote — speak up, speak honestly as to what your opinions are. Because Indigenous voices are important, and every Indigenous person matters.”