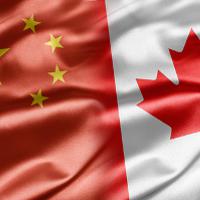 In a conversation with Andrew Nikiforuk, Van Harten answered six questions about the trade agreement, which the Harper government finalized last year.

Andrew Nikiforuk: Investor-state arbitration is a new tool in the relentless economic march of globalization. What new threats does this foreign investor protection system pose to a democracy?

Gus Van Harten: In Canada, we can elect a government, and the government is subject to the Constitution and Canadian laws, as interpreted by Canadian courts. That's our democracy.

But the federal government is signing more and more trade agreements that expand a system of "investor-state arbitration," or what I describe in the book as a world pseudo court. The purpose of the pseudo court is to protect foreign investors, meaning usually the world's wealthiest companies and people, from the rest of us. Instead of public courts, you now have private lawyers sitting as "arbitrators" with the power to decide how much Canadians must pay to compensate foreign investors for our country's decisions.

Basically, the power of Canada's legislatures and judges is being shifted to large companies and wealthy individuals and to a small group of lawyers. The shift is anti-democratic because it will be very difficult for future governments to reverse. Even so, governments can still do things to limit the damage, as I explain in the book.

Just how lopsided is this investment deal with China?

I have followed these treaties for a long time and reviewed hundreds of them. One thing that stands out for me in the deal with China is the unequal rights of market access. In the FIPA -- and I've never seen this before -- the Harper government gave Chinese investors a right of access to Canada's economy, but did not get the same right for Canadian investors in China. That was an extraordinary concession to China.

So, the FIPA requires Canada to open its economy and resources to Chinese companies in general, but it lets China keep a closed economy. China can also keep favouring its own companies at home, in areas like intellectual property, approvals and tax levels. The FIPA is clearly more about giving Chinese investors the freedom to buy what they want in Canada than it is about protecting Canadian investors in China.

Treaties like the FIPA are also lopsided in favour of foreign investors, who get far more powerful protection than anyone else does in international law. That comes at a cost to taxpayers and voters. With the FIPA, this part of the deal also favours China simply because the Chinese own more in Canada than Canadians do in China.

Why did the Harper government rush to ratify a treaty that is now locked in for 31 years, without a thorough public and parliamentary vetting of the possible consequences?

That's difficult to answer. No one on the outside can know how the minds of senior members of government work. We can only guess why they made the concessions, and why they did not do a thorough review before locking in the deal.

I look at possible explanations in the book. I think one explanation that played a key role was the Harper government's priority to get China in place as a new market for Canadian oil exports, especially from the oilsands. The government also saw China as a source of money for the hundreds of billions of dollars needed for oilsands infrastructure.

Those priorities of the government appear to have put China in a very strong bargaining position. "Yes," said the Chinese government, "we're interested in your oil, but we can buy from a lot of countries, and we want concessions." The lopsided FIPA is the big concession. And, it is locked in for 31 years. In comparison, any promises from China to buy oil from Canada or invest in Canada are not legally enforceable.

That was a risky deal for Canada, and one that we can't revisit for a long time. It makes the government's decision not to do a thorough, public review of the FIPA all the more troubling.

You argue in the book that FIPA is a significant roadblock for effective action on controlling greenhouse gas emissions and slowing down climate change. How so?

The FIPA is like an advance financial bailout for Chinese investors in Canada, including in the energy sector and the oilsands. Whatever steps we might need to take to stop runaway climate change are now a lot more risky for taxpayers because of the FIPA. Canadians face a new risk that FIPA arbitrators will require Canada to compensate Chinese oil companies for their losses, including their reasonably expected future profits in the oilsands.

Let's say we follow the advice of scientists and a future government put limits on oilsands expansion to get serious on climate change. That decision amounts to a lost business opportunity for Chinese companies in the oilsands. It will be possible for us to introduce such limits in Canada, but it may be a whole lot more costly under the FIPA.

You have to think about the size of the assets in questions: tens of billions of dollars of Chinese investments in the oilsands. The reasonably expected profits would also be in the tens of billions. Even if it is a modest risk that FIPA arbitrators would order compensation for Chinese investors, the amounts at stake are clearly a deterrent for taking action.

What role might this lopsidedness of the FIPA play in the fall federal election?

In 2012 I spoke out about the treaty because I wanted to put my objections on the record before it was finalized. I was happily surprised by how quickly so many people learned about FIPA and tried to get the government to change course.

Based on that experience, I hope Canadians will again turn their minds to this deal at the time when it will matter the most: when they vote, federally or at any other level of government. Voting is a pretty easy thing to do, but it is also a profound opportunity to influence the fate of our country.

The FIPA shows the importance of a basic question for all of us: to whom do we entrust our country's sovereignty and democracy? How we vote answers that question.

The FIPA with China was the first of three steps in the wrong direction. The next two are the Canada-Europe Comprehensive Economic and Trade Agreement (CETA) and the U.S.-led Trans Pacific Partnership (TPP). These agreements, alongside the FIPA, would subject almost all of Canada's foreign-owned economy to the power of the arbitrators.

Incidentally, there are important steps that future governments can take with respect to the FIPA, even though it is locked in. As I explain toward the end of the book, it's not all doom and gloom. We still have a lot of options.

Why did the mainstream media fail so miserably in covering this important story?

Some journalists and columnists did a great job explaining the FIPA. I tried to learn from them when writing the book. They have a knack for taking a complex topic and making it accessible.

But others, especially the columnists whose arguments I debunk in the book, put out a lot of inaccurate spin to promote the FIPA. They helped to push a long-term deal, without a proper review.

For example, in early 2012, the Globe and Mail ran an editorial lauding the FIPA, even before the treaty's text was public. It seemed like blind cheerleading to me. The FIPA's promoters got their way, and they deserve to be remembered for what they got wrong.