The B.C. Teachers' Federation will begin rotating strikes on Monday, May 26, in response to what it sees as an unwillingness by the government to fairly negotiate a new contract for teachers. 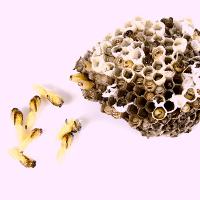 With Teacher Ultimatum, BC Libs Just Kicked the Hornet's Nest

The union has divided the province's school districts into four groups, each of which will be behind a picket line for one day of the week of May 26. The strikes will happen through May 29. All schools will be open on Friday, May 30, but Iker said the union would continue the rotating strikes after that "if necessary," depending on progress at the bargaining table.

Rotating strikes are "stage two" of a plan approved by teachers in March. "Stage one" job actions -- including refusing to supervise children outside of class time, and not meeting with or exchanging written communication with school administrators -- have been ongoing since that vote was taken.

The union's escalation comes in the wake of a pair of announcements made by BCPSEA last week. On Thursday, the employers' association announced that it would bring a six-year contract offer to the bargaining table, down from the 10-year term that had been a BC Liberal party campaign promise. That deal included a 7.25 per cent wage increase and a $1,200 signing bonus.

If Thursday's announcement was the bargaining "carrot," BCPSEA announced the "stick" the following day. Peter Cameron, government spokesman for the employers' association, announced Friday that teacher pay would be cut by 5 per cent until the union comes "into the ballpark" of a negotiated deal with their contract proposals. Cameron also announced that secondary school classes would be cancelled on June 25 and 26 and teachers will not be paid for those days.

"On Thursday, teachers were encouraged and hopeful that maybe this government was finally going to show some good faith," he said. "Unfortunately, by Friday, the hope that this government could bargain in a respectful way, was wiped away by a series of threats."

The government and the union have differing positions on the duration of the contract and the size of wage increases, but the issue Iker stressed at Tuesday's press conference was class size and composition.

The union maintains that a recent ruling by the B.C. Supreme Court enshrined teachers' rights to bargain class sizes and compositions as working conditions. Iker said last week that a deal won't be reached until the government agrees to negotiate these issues. He reiterated that position Tuesday.

"If this government is serious about labour peace, they will put the improvements to class size, class composition, and more specialist teachers (on the table)," Iker said. "They should offer teachers a fair deal and show some good faith."

Negotiations are scheduled for Thursday and Friday of this week. Iker said the union hopes an agreement can be reached before the rotating strikes begin Monday.

"We will remain at the bargaining table," he said. "There are six days left before the first school will close. I encourage Christy Clark and Peter Fassbender to be in touch, to move off their unreasonable demands, and empower BCPSEA to negotiate a fair deal."