British Columbia's environment minister is downplaying the impact of the province's imminent paper and packaging recycling shift to producers and consumers. 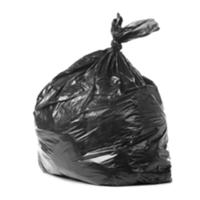 In May 2011, the B.C. Liberal government amended environmental regulation laws to force every producer of paper and packaged goods to be responsible for the life cycle of their goods, including the collection, processing and marketing, beginning in May 2014. It put control into the hands of an industry-led group, called Multi Material B.C., which is overseen by a three-man board of directors that includes an executive from the world's third-largest packaged goods corporation, Unilever, and another from Loblaw Companies, Canada's largest food retailer, which recently bought the Shoppers Drug Mart chain.

"The idea here is you have the businesses taking a greater share of the cost and therefore alleviating a burden that is borne entirely by the local taxpayer," Environment Minister Mary Polak told The Tyee. "Although there is a minor increase to the cost of those larger businesses, nevertheless it's removing a much larger and more concentrated burden on the local residents who are paying those taxes."

Local governments that collect waste for recycling were given a three-point ultimatum by MMBC.

Sept. 16 -- coincidentally, the opening day of the Union of B.C. Municipalities convention in Vancouver -- was set as the deadline for municipalities to make their choice.

On Sept. 12, Vancouver city council met behind closed doors and opted to keep collecting its recyclables through city crews and contractors, but take payments from MMBC. The city's contract with Urban Impact Recycling Ltd. continues until May 18, 2014.

"While MMBC has indicated their offer is firm, they have modified some contract terms and our intention is to continue to press for further changes to meet our needs and ensure that the intent of the legislation -- producer pay -- is the actual result," said a Sept. 11 staff report to city council. "If we are not successful, staff will report back to Council."

A week earlier, the City of Burnaby decided to reluctantly accept MMBC's offer.

On Sept. 13, MMBC announced it would relax the deadline. MMBC said it has received responses from an unspecified number of local governments and others that represent two thirds of B.C. households. It said it is responsible for $110 million in estimated costs for management of PPP materials and is mandated to increase today's 50-57 per cent recovery rate to 75 per cent.

Polak said the shift would cost "in the neighbourhood of $100 million," but 90 per cent of those costs would be borne by "very large businesses," like Loblaw.

"You're creating an incentive for the producer to reduce their packaging and to ensure that they're being responsible right at the front end," Polak said. "You certainly have consumers in a position where you want them to be recycling more at the household end, the blue box end."

When big business is faced with higher costs, it has to pay for those costs somehow. If not create a more efficient supply chain, then the burden is shifted to customers. But how much will they pay and is this really a tax in green clothing?

Polak said the per unit costs of items ranging from newsprint to paper coffee cups to cardboard boxes are still being decided, but she said the costs won't appear on your bill at the till.

"At the end of the day MMBC has to produce audited financial statements, but if you were going to try and have every business put it on every receipt, I can imagine the administrative burden would be quite great," Polak said.

That is not good enough for the NDP local government critic, Selina Robinson. She said the Liberals are spoiling what could have been a step forward in sustainability.

"The rationale is a good one. There's nothing about this that says this is a terrible idea," Robinson said. "This came out of some really good intentions but it's been lost along the way as soon as it was given over to industry to manage and take responsibility for. Those of us representing the public are saying the public isn't happy with this, is it going to achieve the goals you've set out?"

MMBC executive director Allen Langdon was not available for an interview on Sept. 13, but MMBC issued a news release to say it would give holdout local governments beyond Sept. 16 to ponder the offer.

"We will continue discussions with these local governments in order that they could become part of MMBC's program at a later date," said Langdon in the news release.

Langdon is the third man on the board of MMBC, whose media relations contact is Anna Lilly of Fleishman Hillard. Lilly is also registered provincially as a lobbyist for Covanta Energy, the New Jersey-based company that operates the Burnaby waste-to-energy incinerator and is bidding to operate a new incinerator that Metro Vancouver wants to open in 2018.