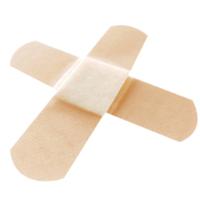 With a provincial election approaching in May, where do B.C.'s political parties land on matters related to the welfare of kids? That's what First Call: BC Child and Youth Advocacy Coalition has been trying to find out. Since December, they've been meeting with party leaders to express their concerns regarding issues as diverse as raising welfare rates and creating a subsidized childcare system, to improving education and introducing a living wage. In return, leaders are listening and responding, outlining shared beliefs or concerns with First Call's ideas.

Green Party leader Jane Sterk met with First Call in December, and The Tyee was at NDP leader Adrian Dix's meeting with the organization on Jan. 9. An invitation extended to Premier Christy Clark has so far gone unanswered, and First Call says another invitation is on the way for BC Conservative leader John Cummins.

"This is offered to the leaders as a one-stop-shop kind of place to come and canvass or hear from advocates or agencies engaged with children and youth issues across a broad spectrum," said Adrienne Montani, provincial coordinator of First Call, which is best known for releasing the provincial Child Poverty Report Card every year.

"We'd like to influence their policies, their platforms, or, whoever forms government, what they could do while they're in government that we'd like."

First Call's policy recommendations centre around their four keys to success for children and youth: early childhood education, support for transitions to adulthood, increased economic equality, and safe and caring communities. But with platforms on the drawing board and the Throne Speech still a month away, parties are wary of promising broad and quick changes in policies affecting children after a decade of Liberal rule.

First Call advocates for a $10-a-day public childcare similar to the province of Quebec, which charges parents $7 a day for licensed public childcare. Under the $10 plan, government would subsidize childcare so parents only pay $10 per day for full-time, $7 a day for part-time, and no fees for families with annual incomes under $40,000.

No party has expressed unequivocal support for the idea. Both Sterk and Dix expressed reservations about the cost, with Dix telling First Call members B.C. taxpayers are footing Quebec's childcare bill through billions in federal transfer payments Quebec receives. He also says B.C. needs Canadian government support and funding for childcare, which is unlikely under Prime Minister Stephen Harper.

"Remember, the premier's former chief of staff [Ken Boessenkool], who was one of Mr. Harper's advisors, said the greatest achievement of his life was stopping a national childcare program in Canada," said Dix.

Sterk is also concerned the plan could exclude parents who want to stay home with their kids or leave their children with babysitters, but admits her party's platform is light on childcare policies.

The Tyee requested an interview with Premier Christy Clark, but was told she was out of town. Her government has indicated repeatedly, however, that B.C. can't afford this plan. The Ministry of Children and Family Development (MCFD) has estimated the annual cost of a $10 a day program as high as $2 billion: "Unfortunately, implementing universal child care in B.C. is simply not feasible, given our current economic climate," they said in an emailed statement sent to The Tyee last month.

Cummins did not respond to an interview request, and the BC Conservatives platform also has yet to be released. But a policy document on their website says "parents are the child's first and most important teachers," and therefore government should fund whatever licensed educational institution a parent chooses.

Education is a controversial topic even without an election looming, but Dix told First Call "B.C. has one of the best education systems in the world." He does want to make it better, but other than eliminating the Foundation Skills Assessments (FSA), he will only say his party is deliberating about the issue.

"Some people would argue if you have money to invest in young people, then you invest it in the classroom. Other people say, in fact, the core issue is outside the classroom," he said.

He is not eager, however, to introduce changes to the child welfare sector, where he says quick and concurrent changes have caused problems for an already stressed system.

"I think the whole issues around devolution of First Nations children's services in the province is an example of this, where the devolution occurred and the new system was expected to absorb cuts from what the previous system provides," he said.

"The iron law of government reform is new systems -- at least in the short term -- tend to be more expensive than the previous system."

First Call's notes from Sterk's meeting indicate her party's desire to make B.C.'s education system the world's best: "We can learn from other places (ex. Finland) and look at the philosophy behind these success stories and determine how can we make it work for a made-in-B.C. solution. We need people with expertise at the table, as well as ordinary British Columbians to move forward towards excellence; this will help ensure British Columbians support the chosen path."

The BC Conservatives hope to use the FSA results to encourage school improvements, as well as setting up evaluation of teacher credentials, certification and suspension. They also promise transparency and proper funding will accompany any downloading of services from the province to school board, and where possible they will eliminate "mandated bureaucratic processes unrelated to student learning."

The Liberal government, which is in the middle of reforming provincial curriculum as part of its BC Education Plan, has repeatedly said education funding in the province is higher than it's ever been, an increase of $1.4 billion since 2000/01. But school boards maintain funds have not kept pace with increasing costs, and government pressures to reduce school board spending are causing backlash from some trustees.

First Call's most recent child poverty report released in November found B.C. had the second-highest child poverty rate in the country for the second year in a row, a slight improvement after seven straight years at the top.

Dix commended First Call for their work on the issue, and promised an NDP government would introduce a poverty reduction plan with a set of clear timelines, but keeping in mind government's limited funds mean solving poverty in one term is unlikely.

But while First Call pushes government to increase minimum wage and welfare rates, and become a living wage employer, Dix avoided committing to income reform other than to say the best way to bring people out of poverty was to raise incomes. He did promise, however, that eradicating Bill 29, legislation that eliminated collective agreements in healthcare and caused 6,000 healthcare workers to lose their jobs in 2002, would be one of an NDP government's first acts.

Sterk told First Call she not only wants a poverty reduction strategy for the province, but also believes in indexing the minimum wage and providing income supplements for low-income families.

"We believe there needs to be a greater commitment to the effective provision of social services, particularly for those people who are experiencing difficulties, who are at risk of living in poverty, who are underemployed and unemployed," Sterk told The Tyee.

"I think our policies are ones that would be more effective at approaching some of those entrenched issues in our culture."

The current B.C. government is in the process of implementing local poverty reduction strategies in seven communities, but with no new money attached. In an interview with The Tyee last spring, MCFD's then minister Mary McNeil said that unlike a provincial plan, a local strategy would find poverty solutions specifically suited to a community's needs.

"The beauty of what we're doing is we're going in with open minds. [We're saying] let's take a look, see what it is that we're all doing, see what the community needs, does it mesh," she said. "It is a real tough fiscal climate right now, and first off that means there isn't a lot of money that we can throw into anything. But also, there isn't a lot of money we can waste."

The BC Conservatives policy document does not say anything about poverty or income inequality.

B.C.'s party stances on issues affecting children and youth will become clearer as more leaders meet with First Call, release their platforms, or both. But in addition to informing policies for the 2013 election, First Call hopes these meetings will work to inform voters, too.

Minutes from Sterk's meeting are on the First Call website, with others to follow, and the coalition plans to send out questionnaires on child and youth issues to the parties in the coming weeks. The information First Call gathers will be included in their 2013 Election Guide, available on their website by the end of February.

Montani said it's an opportunity for people to gather information, including potential questions people may want to ask candidates at upcoming meetings and debates, about these particular issues.

"The idea is trying to explain in a pretty simple way to people what's at stake in this election," she said.