Recent years have not been kind to journalism. In Canada, there are numerous examples of job cuts and publication closures, along with other signs of decline.

The latest job cuts come from Torstar, publisher of the Toronto Star and dozens of other daily and community newspapers. The company has announced it’s closing its free daily StarMetro newspapers in Vancouver, Edmonton, Calgary and Toronto. More than 70 jobs in total will be lost, including 30 journalist positions.

A fairly unsurprising turn of events: the Toronto Star is shutting down the Star Metro newspapers across the country, which means I (and all my colleagues) will soon be out of a job. Last print edition coming Dec. 20.

Successive rounds of newsroom layoffs over the past decade have put many journalists out of work or prompted them to look for jobs outside the sector, and the Canadian Media Guild suggests that the number of journalists working in this country has rapidly fallen.

Yet data from Statistics Canada’s Labour Force Survey show that the number of journalists in Canada has risen slightly, in absolute terms, over the past 30 years. As outlined in my study, co-authored with Dwayne Winseck, professor at Carleton University, the Labour Force Survey reports that the number of journalists rose to 11,700 in 2017 from 9,959 in 1987.

The steepest, while unsteady, increase occurred during the past 20 years. This is precisely the period during which the Internet emerged as a prominent feature of the media landscape in Canada and globally.

At the same time, there are limitations to the Labour Force Survey, including a risk of variability when industries as small as journalism are examined.

A range of public inquiries and reports have focused on Canadian journalism, some citing concerns about “exactly how many jobs have been lost in journalism — and how much frustrated talent has fled.”

The data show that the nature of journalistic employment in Canada has changed substantially. The Labour Force Survey dataset provides information about the number of journalists who are permanently employed and employed by news organizations, in contrast to self-employment (freelance work).

In the first decade (1987-96) of the dataset, about five per cent of journalists were freelancers, in contrast to roughly 17 per cent in the most recent 10 years.

In other words, fewer journalists are working for organizations and in permanent positions.

There has also been a substantial increase in advertising, marketing and public relations workers employed in Canada. Further data from the Labour Force Survey show that the number of these workers has climbed to near 132,000 in 2017, from 41,382 in 1987. That’s an increase to 0.67 per cent of the working population from 0.34 per cent.

These data and trends shed some light on the current state of journalism in Canada and also raise some important questions.

The data show that some of the common narratives about journalistic work in this country are inaccurate. The focus on journalism jobs tends to emphasize the number of jobs lost in Canadian journalism over those gained.

Although there have been layoffs at digital-first news outlets, the statistics suggest that there may have been an increase in journalistic jobs in emerging news organizations, alongside the slew of reported cuts that have taken place at traditional news firms. 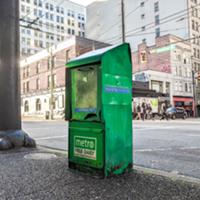 StarMetro Vancouver to Shut Down in Torstar Cost-Cutting Move

There’s the possibility that there are individuals who self-identify as journalists while holding jobs that would not traditionally be considered journalism, such as social media managers working at news outlets.

But work as a journalist in Canada has also become less secure.

What should be done in response to these observations? At the very least, Statistics Canada should collect and distinguish information about the types of outlets (print, broadcast, digital) that employ Canadian journalists.

Academic researchers should aim to better track the new and different ways that people work as journalists in the digital age, such as podcasters or bloggers.

Finally, reporters, politicians, academics and the public should use the available data to develop a more nuanced understanding of the situation to help influence what policy responses are best taken.