I can swallow my scruples and accept direct government funding for journalism. Desperate times, desperate measures and all that.

But the federal government’s new plan looks like it could easily do more harm than good.

The government’s recent economic update announced it would spend about $120 million a year for five years to support “a strong and independent news media.” That’s on top of a $10-million-a-year announcement last year.

Details are to come in the budget early next year, so it’s tough to judge the plan.

But it’s a bad sign that Postmedia CEO Paul Godfrey was among the first to praise the agreement, saying the failing corporation was looking forward to government funding. Unifor, which represents about 12,000 media workers, was also enthusiastic.

That’s where most of the money will go — $165 million in 2023/24, according to Bloomberg News. That’s the one Godfrey and Unifor zeroed in on.

And it’s where the whole plan could go terribly wrong.

Postmedia and other corporate news organizations lobbying for the funding have had years to come up with sustainable business plans. They’ve failed. Throwing money at them at this late date is pointless.

Especially as Godfrey made it clear the subsidy wouldn’t improve journalism or pay for more reporters. “We have to see how much we’re getting to see if we can avoid more layoffs,” he said.

Which is entirely expected. Postmedia’s value has collapsed since it was created in 2010. Anyone who bought shares at the peak in 2011 has lost more than 90 per cent of their money. The corporation is stripping assets to make payments to the hedge funds that hold its debt, not looking seriously to any sort of future. (None of that stops Postmedia journalists in B.C. and across the country from doing great work.)

Handing over taxpayer money would be foolish.

Postmedia is the most dramatic example, but Torstar has warned its business model isn’t working and other companies report similar woes. That is a great loss, given the work being done by journalists at these organizations. But handing over public money won’t change their reality.

By prolonging the agony — and not letting Postmedia and the other corporations deal with market forces — the federal funding could in fact hurt innovative outlets trying to find an audience and funding in a crowded landscape.

The federal plan says “an independent panel will be established from the news and journalism community to define eligibility for this tax credit.”

There’s a high risk that we’ll end up with a panel dominated by representatives from the old news media. (When the government wanted a report on the future of the news media, it turned to Edward Greenspon, a former Globe and Mail editor-in-chief and Toronto Star vice-president.)

It’s not just that a panel like that will naturally favour old corporate media. They’ll also be less likely to know or understand the role new media models — like The Tyee — are playing in providing news and analysis, and the opportunities to support innovation.

Because that’s where the money should go, not to subsidize endangered corporations.

David Skok, a former newsroom manager at the Boston Globe and the Toronto Star, and founder of The Logic, noted in a Nieman Lab article that the government’s approach would discourage innovation. (Skok also has some useful policy recommendations.)

Government news media support is needed despite the risk that journalistic independence will be compromised (or appear to be). We can’t exercise our role as citizens if we don’t know what’s happening in our communities. We can’t curb abuses of power, or discuss local issues with our neighbours effectively without some shared information.

Traditional news media met those needs in the last century. But as they have faded, the information gap has become more damaging.

At the same time, misinformation has become a weapon. A friend noted a Facebook post this week from something called Canadian Silent Majority. It complained about military pensions, and then claimed MPs were eligible for full pensions after serving for four years. All false. MPs have to serve six years to get any pension. They can’t collect until 55, but at a reduced rate. An MP who served six years would get about $28,000.

Five years ago, I would have dismissed it as dishonest clickbait. But today we have to take a right-wing website attacking immigrants and government seriously — and wonder who is behind it and what their interest is in undermining Canadian democracy.

I still have hope for the plan. But the government needs a radically different approach to deciding which organizations are eligible. That shouldn’t be determined by government-selected representatives of the news and journalism community. Instead, the government needs to set goals — encouraging innovation, exploring new for-profit and non-profit models, strengthening local news in underserved communities, expanding reporting. (Cancelling hypothetical layoffs wouldn’t count.) 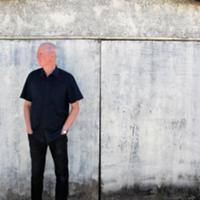 Then it needs a panel that includes journalists from old and new media, startups and experiments, with different models.

And — this is critical — the panel must include people from outside journalism. Academics who have researched the issue; citizen groups who have seen the effects of reduced coverage; advocates and community leaders.

The question shouldn’t be what a handful of journalists with the same experiences and worldviews want. It should be how we can invest public money in ways that effectively address the most critical information challenges in our communities.

That’s where federal funding should go — to support the growth of news media of the future, not to prop up the models of the past.