Canadian newspapers have gone through convulsive changes since the 1990s, largely thanks to the Internet. Their corporate owners appear to have shifted business plans. First they tried to save their papers by cutting costs, without success. Then they decided to gut their papers, and wring out the last few years of cash.

That’s working for now, and is good news for investors in certain hedge funds, like the one that owns Postmedia, but not for the rest of us. Canadians need solid Canadian news as a requirement for doing business as a democratic country, and we are getting less of it every day.

What’s more, it’s now clear that a number of American billionaires don’t even like the idea of democratic countries. They are busy dismantling the U.S. government, and will get around to us any minute.

Consider Robert Mercer, the subject of a recent New Yorker article. The quiet CEO of Renaissance Technologies, a major hedge fund, Mercer is considered a computer genius who’s made his company very, very profitable. He himself is of course very, very rich, and quite prepared to spend whatever it takes to undermine a political system he despises. He has been a major funder of Breitbart News and Donald Trump. The article quotes one senior Renaissance employee, David Magerman, as saying Mercer wants the U.S. government “shrunk down to the size of a pinhead.”

“He thinks society is upside down,” Magerman goes on, “that government helps the weak people get strong, and makes the strong people weak by taking their money away, through taxes.” Magerman is also quoted as saying Mercer’s views are typical of “instant billionaires” in finance who “have no stake in society,” unlike the industrialists of the past who “built real things.”

The article quotes a former Renaissance employee: “Bob thinks the less government the better. He’s happy if people don’t trust the government. And if the president’s a bozo? He’s fine with that. He wants it to all fall down.”

So if hedge-fund billionaires don’t like governments, and don’t like media that try to inform voters about their government, its understandable that Postmedia wouldn’t think twice about laying off 54 Sun and Province employees, 29 of them journalists, this month. Postmedia’s owners have no interest in informing British Columbians (or other Canadians) — only in making themselves richer, and less taxed.

Seen in this light, Trump is not so much a villain as a mouthpiece when he tweets that the media are the “enemies of the people.” The idea is to discredit both the media and the government itself. In the U.S., this plan is moving briskly along behind the scenes while Trump’s antics and tweets distract media and voters alike from what’s going on.

And in this light, Canadians should see these latest Postmedia layoffs as a threat to peace, order and good government. If we are to run a democratic government, we must know precisely what’s going on — not what some hedge-fund billionaires want us to know.

A first step would be for Ottawa to declare access to factual information as a Canadian human right.

The next step — declare Canadian media as a national resource, and invest heavily in those media to provide factual information to Canadians.

Foreign investors would be expropriated and the government would help fund organizations like Postmedia through a new Crown corporation — call it the Canadian News Foundation — with its boards chosen either by an all-party parliamentary committee or by a committee of members of the Order of Canada. Canadians would be welcome to invest more in media organizations with a guarantee that the foundation would be a reliable silent partner in the enterprise. 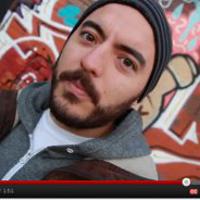 Make It the Canadian Webcasting Corporation

Government support through the CNF would be, in effect, universal basic income for media: enough to let our newspapers, TV and online news resources cover the news without having to please a few reactionary American billionaires. News organizations wouldn’t have to be sold to the highest bidder, only to see themselves bled dry. And they wouldn’t have to avoid some issues for fear of losing advertising.

We already have prime minister R.B. Bennett’s model for the CBC: a Crown corporation, operating at arm’s length from the government. But we’ve seen some drawbacks in that model. No government in power welcomes criticism from a publicly funded media organization, and governments like to punish such critics.

So a Canadian News Foundation would need funding that the government of the day couldn’t touch without a constitutional crisis. The prime minister might appoint members to the foundation board, just like Supreme Court justices and senators, but funding would be locked in beyond the reach of embarrassed politicians.

In addition to supporting factual information, the CNF would be mandated to publish views from the broadest political spectrum, offering something to inform and offend everyone. Foundation-funded news organizations would be encouraged to challenge, surprise and entertain their readers.

What about privately-owned news organizations that don’t want the government’s filthy lucre? They’d be welcome to go it on their own. The Globe and Mail really just wants to be a trade paper for business; let business support it. Community and regional papers could ask for CNF support, and get it in the form of either direct funding or free access to reports from foundation-funded organizations. The same might be true of online news organizations like The Tyee and the National Observer.

The CNF would be an expensive proposition, but some hedge-fund billionaires are prepared to spend far more to demolish democratic government and replace it with a plutocracy enforced by private armies.

We have now seen what fake news and “gaslighting” can do to throw an advanced country into confusion. Canada simply can’t afford not to offer factual, fact-checked news as a public service, just like health care — but with a far shorter wait time.