During a short visit to my hometown of Vancouver, I did something most Vancouverites rarely do — I read the two daily papers, the Sun and the Province.

These two papers were once unusual in Canada in that they were both owned by the same company, with combined back offices but adversarial newsrooms. However, last year the papers’ latest owner, Postmedia, combined the two newsrooms with one editor-in-chief, a scheme that was replicated in three other cities where the corporation owns two papers.

Sure, we all like the idea of daily newspapers battling it out every day, with hard-bitten journalists exposing corruption in pages printed by ink-stained craftspeople in the press hall and delivered by bright-eyed paper carriers to eager citizens.

Except that’s fantasy now. Delivery is by adults in cars, printing is by low-bid third-party printers, and the hard-bitten journalists have mostly taken their buy-outs.

Unlike many people, I’m not opposed to the combined newsroom. Combining the newsrooms was an opportunity to finally create two distinctive papers, assign stories based on the best person for the job and distinguish them by editing and by story focus. But rather than re-invent themselves, the Sun and the Province chose to create two newspapers that are essentially the same. Same articles, same bylines. No difference in point of view.

So, as a favour to the bean counters of the hedge funds who own tranches of Postmedia debt, here are my recommendations to keep the Sun and Province in business and, possibly, daily journalism alive in Vancouver.

1. Bring back a proper newspaper nameplate. 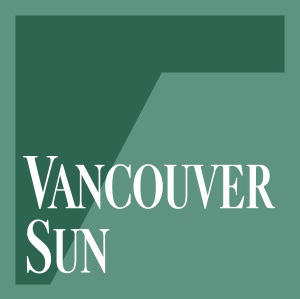 It was bad enough in the ‘80s when the Vancouver Sun replaced its gothic lettering with a soulless typeface, but the current logo is a green abortion. Postmedia has replaced its broadsheet logos with variations on a shitty icon created by Winkreative (owned by Monocle magazine editor and Wallpaper founder Tyler Brûlé). The Sun’s is supposed to represent the seawall.

The Sun needs to bring back this logo, from the ‘40s. This nameplate says “local newspaper” and not “we’re planning on merging all our broadsheet newspapers together in the near future and the only thing that will change city to city is the crappy logo.”

Better yet, an updated version of the Sun’s predecessor, the World.

The Province never had a fancy nameplate. Since 1898, its name was always in plain type, so it can keep the current one.

2. Make them both tabloid-sized

The broadsheet is dead. You can’t read it on the bus, it’s annoying to read in coffee shops or bars and if you’re not reading in those places, where are you reading it? You don’t have a kitchen table anymore as you’ve rented out the kitchen to gain a fourth roommate so you can stay in Vancouver.

All publications are better in a smaller format. In my current city, London, the Times converted to a tabloid size long ago, much to the pleasure of its plutocrat readers. As did the Evening Standard, which took the extra step of going free and increasing its circulation sevenfold. The Independent also went tabloid in the ‘90s, although it recently took the extra step of dying.

3. Edit the hell out of them and make them different

In a city that spawned Greenpeace, Adbusters, property-rich hippies and COPE and keeps electing Gregor Robertson as mayor, the Sun and the Province both maintained a right-wing, Fraser Institute-friendly editorial stance. It’s an old journalist koan — “is a newspaper a mirror or a window to the community?” The Sun and Province were neither; they imposed a view from distant owners that was alien to Vancouver’s DNA.

The Sun should be edited as the paper of Richard Florida’s creative class. Report and support development of buildings, condos, transit and bike lanes, call out anti-Vancouverism measures like replacing the Massey Tunnel without extending the SkyTrain or replacing the Pattullo Bridge. Make education a true beat. Cover arts seriously. Make the video game and film industries the focus of the business section, and make it a must-read for people in those sectors.

The Province should be edited as the paper of the proletariat. Stand up for working people and expose unfairness, whether it’s financial, racial or gender-based. Make it funny, as nothing scours like humour, but don’t ignore politics — make them personal. Those working class voters from Surrey to Chilliwack who constantly vote Tory need a champion. How about a champion that doesn’t work against their interests?

When readers are online and see something that they have read already or is boring, they are instantly gone. Stop training print readers to do the same.

You have a whole day to figure out what is going into your paper — don’t get lazy and fill it with Canadian Press or Postmedia pieces. We don’t need to know about a school strike in Sarnia, unless it is about something other than money or class size. And something isn’t a story just because it happens in Canada’s largest city. (Although that’s really more for my rant about the CBC.)

Every single story should be deliberately chosen and edited to the length it needs, not the length that fits.

5. Explain with photos and graphics

Here is something positive to say about the Sun and Province: they have great photographers, who have talent and experience, and the papers have the equipment to support them.

Yet page after page is tombstone type or stock photos.

Unleash the photographers and graphic designers, make every story a visual story. You’ll have the space because you killed all the stories comprised of tweets.

Here is another positive thing to say about the Sun and Province: they have great writers, who have talent and experience.

I can sympathize a little with the problem of editorial staffing; you can only afford so many heads. If you don’t buy out some of the longest serving staff, you have no room for new eyes and new passions. However, your longest serving people are also the ones who know how the damn city works. Not to mention writing is a craft that gets better with experience.

Reading the Sun and Province lately, the reporters are obviously constrained. Maybe they just feel hopeless.

But read the New York Times or the Guardian or even, to a lesser extent, the Globe and Mail, and you can see boring old inverted pyramid writing style sing. People pick up newspapers to read, ergo, make that reading enjoyable.

7. Admitting that you are dull is the first step to healing

Look, I love you guys at the Sun and Province, you’re working at a big city daily, it’s a household name and you think that you’re the creme de la creme.

But here’s something you need to admit to yourself: you’re not the top of the print-lover’s food chain, you’re the bottom.

In Group 1, you have HBO, Netflix, FX, AMC, the new golden age of television that could be in the cinema.

In Group 2, you have NBC, CBS, Global, ABC, providing TV for the lowest common denominator, the mouth breathers, people you really don’t want reading your papers.

Sun and Province — you’re the print equivalent of Group 2. Surprise!

People who want world news do not go to the Sun or Province first. Or people who want culture. Or politics. Or local news. Canucks and Lions news, sure, but sports in general, no. Do you feel good that only local sports fans consider you as their main information source?

But now that you know how the world views you, you can change.

8. Make the weekend your showpiece

The Sun and Province have seemed not to notice that their weekend papers are their best sellers, by tens of thousands. Yet the actual papers are basically the same as the daily product, expanded slightly as more advertisers wish to benefit from the higher circulation. 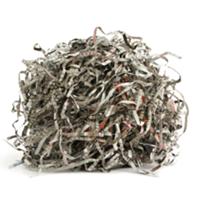 As Postmedia Withers, Is a Newspaper-less Vancouver Imminent?

Forget the web. If you are writing stories that mean something to people, they’ll walk over broken glass to get to them. They’ll even pay $1.25.

What they won’t pay for is stuff that they can get for free already. I’m not sure why this isn’t really understood, but the Sun and Province have page after page of stories that I have already read online. Not the exact same article, but the gist. I paid you for this — why are you insulting me?

Don’t put the articles on the unpaywalled web until enough time has passed. A week? A month? It’s a good advertisement for future readers.

And only paywall the stuff worth paying for. Paywalling the garbage doesn’t encourage newspaper sales — and why were you printing garbage in the first place?

But have a daily blog. Hot take every single thing throughout the day, whether it is by your own giant combined newsroom or linked to someone else’s reporting. Stick that on the front page of the website.

Those nine points should cover it nicely, but I think I could conflate them all into one simple point: “give a fuck about what you’re printing.”

But I fear that other wheels are turning, and this is just a step to clear away union problems and other hurdles. I half believe the end game is to kill off one Vancouver paper — obviously the Province, as it was the most starved of resources — and ultimately have the Sun as a local news section wrapped around the National Post. What makes it less convincing to me is that even this has a local news section, and that may be a cost that the hedge funders don’t wish to bear.