The success of internet giant Google has largely been based on something small: internet advertising that uses tiny keyword-based ads to generate billions of dollars in revenue. Given Google's massive audience, advertisers have been willing to pay for search-based ads that deliver clicks back to their websites. Those ads appear as sponsored results alongside the organic, relevancy-based search results. 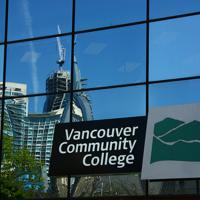 Is VCC Closing a Campus? Just a Rumour, Says Admin

The Google model involves an auction process in which advertisers bid to place their ad against results based on the search terms entered by users. Under the model, whoever is willing to pay the most for a given term or search query has their ad appear as a "sponsored link." Whenever a user clicks on the sponsored link, the marketer pays Google the bid amount. Each click may only cost a few pennies, but with millions of clicks every day, the keyword advertising business is a multi-billion dollar business.

Google's keyword advertising approach has been a huge commercial success, but it has long raised legal concerns over whether trademark owners have rights that extend to their use as keyword advertisements. For example, would it be a trademark violation for Bell Canada to purchase keyword ads using terms such as Telus or Rogers so that its ad would appear alongside search results for the competition?

According to a recent British Columbia court decision, the keyword advertising model is legal and there is little to stop competitors from using the ads to attract users to their websites. The case, which pitted Vancouver Community College against Vancouver Career College, provides advertisers with assurances that an aggressive keyword strategy will not lead to legal liability under Canadian trademark law.

The court's legal analysis focused on whether the ads caused initial interest confusion, which refers to the possibility that consumers would be initially confused about the source of the advertising. If so, there would be a potential claim for passing off, which the courts have ruled "is not in the mere copying of the plaintiff's goods or symbols; it lies in the representation by the copier that its goods are those of the plaintiff."

Despite ample evidence that there were consumers confused by the ad campaign (some claimed to have attended the wrong interview or filled out the incorrect paperwork), the court concluded that the ads did not violate the law, reasoning that "the authorities on passing off provide that it is the 'first impression' of the searcher at which the potential for confusion arises which may lead to liability. In my opinion, the 'first impression' cannot arise on a Google AdWords search at an earlier time than when the searcher reaches a website."

The decision is a big win for the private Vancouver college, which has faced a litany of litigation over its aggressive advertising practices. It is an even bigger victory for Google, however, since it confirms that in Canada trademark holders cannot use the law to stop unwanted keyword advertising.