Some old timers recently reminisced about past election campaigns over at iPolitics.ca. 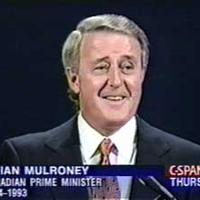 Bill Fox talked about the 1984 campaign, after he had left the Toronto Star to become Brian Mulroney's press secretary. "The arrival of the entourage was almost an event in-and-of-itself, where you've got 100-plus people spilling out of the bowels of that plane," recalled Fox, now a government relations consultant.

There will probably be a lot fewer journalists piling out of the leaders' planes in this campaign.

But they will still be on the planes. And pundits will weigh in on "winners" and "knockout punches" after debates, just as they did when Mulroney nailed John Turner on patronage appointments in 1984.

Political parties have transformed the way they run campaigns. They're more controlling and more centralized, have more paid staff and support from people who shift happily from lobbyists to campaign workers and back again, seeking favourable treatment from the people they help elect. They're better at what they do, and more powerful.

Traditional news media have been transformed, too. And it's been ugly. In 1984, paid daily newspaper circulation equaled more than 60 per cent of Canadian households. Today, it's about 28 per cent. CBC and CTV dominated broadcast news. In those long-ago, pre-Internet years, traditional media were profitable, influential and employed what seems today like a vast army of journalists.

Everything has changed. Except the media model for campaign coverage, which still has too much in common with the 1984 version.

Start with those leaders' tours: The Conservatives want to charge media outlets $12,500 a week per journalist, or about $137,000 to travel for the entire campaign.

It made sense to hop on the plane, at a much lower cost, in the old days. The campaign events weren't so tightly scripted, so there was a chance something interesting might actually happen. The leaders took questions every day, and occasionally drifted to the back of the plane to chat and charm and, sometimes, make news.

Not so in 2015. The campaigns are all tightly managed to ensure news never actually happens. The leader reads the statement on the theme of the day, there are a few questions and the campaign moves on.

The Conservatives have taken control to a new level. For the next 10 weeks, Stephen Harper won't take the risk of actually meeting non-supporters. Every one of the thousands of people who attend campaign events will be vetted to ensure loyalty. They will applaud when expected and form appropriately diverse human backdrops.

The Conservatives have added a small perk for media outlets willing to pay to fly with the leader. The Toronto Star reported Harper took five questions from reporters after visiting the governor-general to ask for the election call. But only from media outlets that had agreed to pay for space on the campaign plane.

The news came in a Star report that noted Tom Mulcair's failure to take questions at his first campaign event. That sparked a flurry of comments on Twitter.

The reality is that the questions, delivered by journalists cordoned into a little pack as the politicians stand in front of a carefully considered backdrop, rarely matter. Today's politicians are better at answering, or not answering, questions than journalists could ever be at asking them. (Check out Game Change, a 2012 HBO movie dramatizing Sarah Palin's vice-presidential adventure, for a great look at the process. Even if it didn't work with Palin.)

There are exceptions. Some politicians demonstrate an extraordinary grasp of issues. Some, rarely, reveal how little they know. Occasionally, there is surprise candour or a gaffe. But mostly, talking points are repeated as expected.

So why would media bother to tag along? It's easy enough to follow the party news releases from home. CP and local media will cover events in each city.

And there are lots of interesting ways to use that $137,000 in covering the election. Hire an economist to catalogue party promises and what they would cost. Find people to create new online microsites with election news for seniors or people under 25. Set up a database to let people plug in a promise and see who wins and loses. (Enter the home reno tax credit Harper sort-of promised, and you would get an image of happy homeowner on his new deck dipping his hand into the pocket of his renter neighbour. The 31 per cent of Canadians who rent will pay higher taxes to subsidize homeowner renos.)

Many smart, thoughtful journalists are covering the campaign for traditional media. But checking out of the parties' planes would free up money for meaningful reporting and commentary. The Tyee crowdfunded for Andrew Nikiforuk's election coverage; traditional media could do the same just by saying no to the same-old model.

We know parties have transformed the way they run campaigns. But media, I fear, are not taking a fundamentally different approach than they did in that 1984 race.

There is certainly innovation and new media, but the core elements of coverage plans are not much changed.

I could be wrong.

Media should tell their audiences how they are going to cover the election, why they made those choices and what they hope to accomplish (and avoid). I'd like to know how they see the role of polls, local versus national campaign coverage, the issues they deem most important, and what they propose to add to the process.