The gloating over the death of the Sun News Network continues on Twitter, tempered somewhat, at least for media types, by the loss of 150 or so jobs in television production. 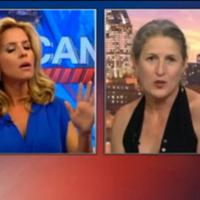 Not journalism jobs, because there was little journalistic about Sun News.

This was a channel that demonstrated, with the exception of David Akin's reporting, almost no journalistic rigour.

In the wake of the devastating train explosion in Lac-M&eacutegantic, host Ezra Levant welcomed Greg Renouf, a blogger who harangues protestors, to wildly speculate on how the still-smoldering town was incinerated by "eco-radicals" who objected to the transport of oil by rail.

Host Brian Lilley, without corroboration, fingered young Guelph Conservative communications worker Michael Sona as the sole mastermind behind the robocalls election fraud in his riding. As Michael Harris notes in his bestselling Party of One, the whole affair had the distinct air of a set-up directed by the PMO.

Michael Coren, the resident anti-choice anchor, provided a platform for every story that made it seem like babies were being murdered daily in Canada. That included the distortion of a StatsCan finding, which had Coren and his studio guests claiming that 491 newborns had been "terminated" after in-utero abortion attempts had failed.

Sun News' hectoring heads liked to boast that they were rule breakers, that they defied the staid conventions of Canadian TV, and that they, as one promotional video put it, brought a "new concept" to our screens and were "as strong and proud" as the country.

Too bad they didn't throw in "smart" as well.

If there's one thing Sun News demonstrated, it's that H.L. Mencken, that observant U.S. essayist and critic, was wrong about this: You can indeed lose money by underestimating the intelligence of the masses.

In fact, you can lose millions.

Sun News took us for dummies right from the start.

That first happened most publicly with the suspected involvement of Quebecor vice-president and former PMO spokesperson Kory Teneycke in the mysterious attaching of fraudulent signatures to an Avaaz petition titled "Stop Fox News North." His connection was never proven but, as soon as attention turned toward an Ottawa IP address, Teneycke announced his resignation -- although it turned out to be temporary -- from the network's top job.

At launch time, its female anchors were strutting their fluff as Sunshine Girls.

There was that opportunistic attempt to boost ratings by producing the ill-starred Ford brothers' show, about as dumb and dumber as a schedule can get.

And, of course, let's not forget the constant jabbing at the CBC, as if smearing "the state broadcaster" was not in the slightest bit ironic given Sun News' unequivocal support of the Harper government and its steady fill-ups at the Economic Action Plan advertising tank.

The first rule of journalism is maintaining credibility. Sun News mocked the very idea of it, appealing to those who would believe anything wrapped in lowest common denominator paper and tied up with an outrage bow.

Inside? Prejudice, bias and ignorance. That combo could have made a great Sun News primetime show.

What is lost in most Canadian memories is how Sun News was born to die, rising as it did from the ashes of bad CRTC decisions and increased media concentration.

I was there, as a TV and media columnist for the Toronto Star, at the regulatory hearings in Hamilton in 2001 where Torstar, which had amazingly identified a vacant frequency on the local dial, applied for a TV licence. That triggered a flurry of applications from other players in the broadcasting biz who, according to the various acts and regulations governing television in Canada, were so protected that they had a better crack at winning the prize than did Torstar. On top of that, the CRTC was obligated to give regional players a chance in other parts of Canada. And so, in a much-protested decision, it awarded the licence for CKXT to the Alberta-based Craig brothers who would prove to be out of their depth in the fiercely competitive Toronto market.

Less than a year after going on-air, Craig Media threw up its hands and tossed out most of its employees, selling the station to Chum. But the CRTC didn't like Chum owning two local stations, and so "Toronto 1," as it had been dubbed, was flipped to Quebecor, giving the media giant a foothold in the English-language TV market. But that too was a disaster, and after much financial and regulatory wrangling, Quebecor decided to go all-news, thinking it could keep the channel low on the dial where it would get compulsory carriage.

A bad bet. When the CRTC awards licences, it does so with conditions based on the type of programming the broadcast enterprise will present. CKXT was originally licensed as a station aimed to reflect multicultural Canada -- and not rail against certain ethnic groups.

What's more, in 2011, the CRTC would reclassify cable channels in such a way that Sun News would never get the kind of carriage upon which it had likely built its business plan.

Still, that didn't stop Conservative MP Peter Kent from blaming the CRTC last week in a laughably-misinformed tweet claiming Sun News did not have "mandatory cable carriage status equal to that of CBC News and CTV News nets."

Numbers from Numeris, which calculates viewership for TV and radio outlets in Canada, show that Sun News had about 5,000 to 6,000 viewers per minute and a reach of about one million per month. That meant viewers might have checked in, found nothing that appealed and then switched away. Advertisers, even sympathetic government advertisers, must have been unimpressed.

And that's the really good news in all of this.

At least three recent large scale studies, conducted in both the U.K. and the U.S., indicate that liberals are more intelligent than conservatives.

It also proved Canadians to be much smarter than it predicted.