As Canadians grapple with news of widespread secret surveillance, trade agreements that could upend intellectual property policy, and the frustrations of a failed wireless policy, there are plenty of digital policy concerns. Yet on Canada Day week, it is worth celebrating the many positive developments that dot the Canadian digital policy landscape. Eight of the best include: 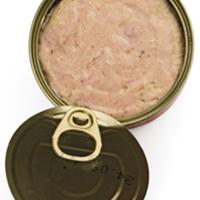 Will Tories Can Their Own Anti-Spam Law?

1. The Supreme Court of Canada's strong affirmation of user rights and technological neutrality in copyright. Canada's highest court stands as the most pro-user court in the world as it has repeatedly emphasized the need to strike a balance between creator rights and user rights. Its decisions, which include a record five copyright cases handed down in a single day last year, are cited by many as the best approach to reward creators and promote new innovation.

2. The Canadian Radio-television and Telecommunications Commission's policy on network neutrality. As other countries struggle to develop regulations that safeguard against competitive abuses by Internet providers, the CRTC's 2009 Internet traffic management practices policy is often lauded as a measured approach that opens the door to consumer complaints about net neutrality violations.

3. The defeat of the government's lawful access legislation. The recent revelations of widespread surveillance programs tempers the perceived victory that came from defeating the 2012 Internet surveillance bill, but the massive backlash demonstrated that Canadians are willing to speak up to protect their privacy rights and that the Internet can be a powerful tool for advocacy purposes.

4. Canada's promotion of user generated content. Recent Canadian copyright reforms featured a unique user-generated content provision that provides legal protection for creators of "remix" and "mashup" videos alongside safety from liability for websites that host such content. The reforms are the first of its kind, leading other countries to consider whether they should incorporate the Canadians rules into their domestic laws.

5. The CRTC's pro-consumer agenda. Telecom and broadcast regulators are rarely viewed as pro-consumer, yet recent changes at the CRTC point to a new perspective on the role of consumers and the public interest in communications policy. From the initial defeat of the BCE-Astral merger to the inclusion of public comments within CRTC hearings (Chair Jean-Pierre Blais has posed consumer responses directly to telecom CEOs), consumers are now the watchword at the Commission.

6. The Privacy Commissioner of Canada's aggressive investigations of top Internet companies. While Privacy Commissioner of Canada Jennifer Stoddart complains about the lack of enforcement powers within her legislative mandate, her office has emerged as a global leader in holding the feet of Internet companies such as Facebook to the fire. Canada was the first country to launch a detailed investigation into the social media giant's privacy practices and since then has thrust itself into a leadership role in assessing the privacy impact of new technologies.

7. Canada's notice-and-notice system for Internet providers. As countries such as France back away from much-criticized policies that included the prospect of being cut off from the Internet due to allegations of copyright infringement, the Canadian approach of using notices to educate users about potential infringing activity is starting to attract international attention. Data suggests that the Canadian model is effective at reducing infringement, while preserving the privacy and free speech rights of users.

8. Canada's balanced patent law standards. Canadian courts have brought the same emphasis of balance found in copyright to patent law by focusing on the "patent bargain" of public disclosure of new inventions in return for upholding exclusive patent rights. The courts have not shied away from striking down patents that fail to meet that bargain, much to the chagrin of patent holders who have become increasingly vocal in their criticism.