In the recent federal election, a number of candidates boasted of the amount of ground they covered while campaigning. For instance, Andrew Cash, in the Toronto riding of Davenport, claimed that he walked over 500 kilometres during the five-week campaign. 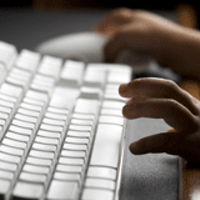 First Nations politicians can relate -- except in their case, campaigns often cover thousands of square kilometres, reaching out to constituents scattered in communities that span regional and provincial boundaries. This means that for First Nations, politics increasingly relies on social media.

Harley Chingee (who happens to be my brother-in-law) is currently campaigning for Chief of the McLeod Lake Indian Band, two hours drive north of Prince George. I spoke to him last week from the campaign trail, where he was meeting members of his band living off-reserve.

"I started in Whitecourt Alberta, then went to Edmonton on Monday, Calgary on Tuesday, Vernon and Kamloops on Wednesday, then Williams Lake on Thursday. Then I go back to Prince George, and up to McLeod Lake," he said.

The reason for Harley's far-flung campaigning is not unique to McLeod Lake. According to Candis Callison, a professor at UBC's Graduate School of Journalism, there is a split between on-reserve and off-reserve members of First Nations. "As the Urban Aboriginal Peoples Study has shown, there is a major bifurcation among First Nations communities between those living on-reserve and in urban areas," she said.

This means that politicians like Mr. Chingee have to work much harder to connect with their constituents than, say, candidates in a federal election.

And while Mr. Chingee is busy performing the classic political rituals of pressing palms and eating chicken dinners, he is also continually checking his Facebook account to make sure he stays in touch with members of his band. "Facebook is the number one tool that I'm using in terms of communication. If I can't find somebody, I can find them on Facebook, or someone that knows who they are, where they are. And I find them and talk to them."

According to Dr. Callison, a member of the Tahltan Nation, "The use of Facebook is pervasive among First Nations communities, and is being used in multiple ways, across all generations. Even with communities spread far and wide, there remains an incredible flow of ideas and all kinds of capital between the reserve and the city, forming 'communities in motion.' And Facebook provides one conduit for that."

Facebook's widespread use among First Nations communities, and the increasing access to the Internet by remote communities, means that it is actually beginning to be used for purposes previously assigned to older communications technology. According to Dr. Callison, "One of the interesting things I'm hearing, which bears further investigation, is that in some more remote places such as the West Coast of Vancouver Island, Facebook is starting to augment the use of two way radio."

The importance of social media to First Nations also extends beyond the borders of Canada. It has become a primary tool for political groups representing indigenous peoples the world over to connect, share resources, and raise awareness of important issues.

Don Bain, the executive director of the Union of BC Indian Chiefs (UBCIC), explains how one of his organization's campaigns started with an innocuous Tweet. "A plea for support from the Rapa Nui on Easter Island came through Twitter. They were being evicted by riot police. We were able to respond by issuing a public statement of support, distributing a press release to politicians across Canada, and translating it and sending it down to Chile (of which Easter Island is a part). The press release was picked up on Twitter and Facebook by Rapa Nui supporters, and we had people from all over the Pacific take note and lend their support," he said.

The direct-to-audience nature of social media makes it very appealing for First Nations people and organizations. According to Mr. Bain, "One great thing about this technology, as a political organization, it's that its unfiltered -- people looking for information can get it straight from us, not filtered through industry or the media. And we can tailor our content to our audience. For instance, a lot of students visit our website, coming off of our Facebook page, or from our Twitter feed. They are doing research for assignments, so we've made an effort to make more archival materials accessible for them."

The direct nature of the technology means that it has a variety of uses for First Nations people, from organizing cultural activities, to publicizing a vote, to discussing political issues. Callison points out that for the mainstream audience, these kinds of functions are performed by traditional media, which often overlook issues of importance to First Nations communities. For them, Facebook has begun to function like the public square of old. 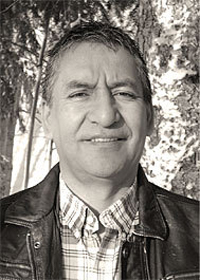 But the fact that Facebook is a private corporation, not a public utility, also poses risks for the openness of political dialogue. In one example from Callison's preliminary research, a community was using Facebook to discuss the impact of a major infrastructure project that would be heading through their traditional territory. While the proponent was holding a large number of public meetings, they were not forthcoming with some important information, including the final agreement. So members of the First Nation were using Facebook, specifically one member's page, to share information about the project.

"Apparently there were complaints about this person to Facebook -- no one knows by who -- and Facebook shut it down for 48 hours. And this happened to be the last two days before the vote," she said.

As for Harley Chingee, Facebook is an important tool to connect with his constituents. "It's politics, whether you're on the Internet or having a face to face discussion. You have to stay connected to people, find out what they are after, what matters to them. And in our community, with so many people off-reserve, we really have to be delivering two types of services. So that connection matters even more."