I spent my teaching career in large part trying to train Canadian college students to spell their own language. (Those were 40 years I'll never get back.) 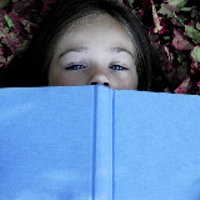 'Best Educated' or Bust in BC!

My own high school had done a pretty good job of teaching us how to spell in the 1950s, so I was surprised, less than a decade later, to find myself teaching students innocent of grammar as well as spelling.

It took a while to realize that I'd been "streamed" into relatively intensive courses -- my English 3A wasn't as good as the super-brainy English 3XL, but it too was designed to prepare me for college. And it was far ahead of English 3, where working-class and minority students usually ended up.

The North American surge into post-secondary, which had begun just as I was starting college, had by 1967 carried a lot of unprepared kids into universities and community colleges, where we instructors were shocked and appalled by their subliteracy. Little did we know that teachers have for centuries expressed the same despair about their students, including us.

So many of my courses included spelling quizzes and even spelling bees, which students loved. But I had to let them write out the words before attempting the spelling; they simply could not see the words in their minds.

To make the subject a little less arbitrary, I explained that Chaucer's English had been as phonetic as modern German; "knight" was pronounced "ka-nikht;" almost a sneeze.

Then, I said, pronunciation had changed while spelling did not. Centuries of overseas expansion had enabled English-speaking colonies to develop their own dialects, with distinct vocabularies and accents. But spelling, I argued, made those dialects mutually understandable.

My students were unimpressed. Spelling remained an arcane art, like calculus. They still wished for a phonetic English spelling.

They weren't the only ones. Over a century ago, linguists had to develop an international phonetic alphabet to enable them to record particular sounds consistently from language to language.

Back in the 15th century, a Korean king had developed hangul, a phonetic alphabet that in theory can be used for any language. (Unfortunately, it uses the same symbol for different sounds such as b, p, and v.)

George Bernard Shaw, a famous man of letters, developed a phonetic alphabet. For some reason it didn't catch on.

That has not discouraged critics of the status quo. One site, Regularizing the English Spelling System, argues that many kids are "labelled learning disabled, when it's the spelling system that's disabled with its thousands of exceptions."

Others blame English spelling for our students' academic failure while their Finnish counterparts, working with a phonetic system, soar to the top of the exam standings.

Spell as you pronounce?

Another, SaypYu, offers a consistent phonetic system based on the Roman alphabet: "Spell as you pronounce universally."

Run your cursor over the introductory text on its home page, and the SaypYu spelling appears.

So, "We are building a list of words from all languages spelled phonetically using a simplified version of the International Phonetic Alphabet to make it easier to pronounce foreign words in a truly cosmopolitan world" becomes:

SaypYu disposes of c, q, and x, replacing them with k/s, k,or ks/gz (ch is replaced by ts). It also adopts a version of the schwa, the unvoiced vowel in words like "mother" and "about." The IPA schwa is an upside-down e; SaypYu's is a reversed e, more easily conveyed with an ast*risk. Adopting this change would save * world *f grief for many stud*nts.

Other changes make sense too: "this" becomes "dhis," while "thin" remains unchanged. Some foreigners learning English may not even have "th" at all in their own language, so dhis at least points out dhe challenge dhey face in mastering dhe two variants of dhe "th" sound.

It also reminds us that Caxton, England's first printer, did us no service when he removed the letters "thorn" and "eth" from our alphabet; the first was the unvoiced "th" of the, and the second the voiced "th" of "thought." (We've lost a lot of other letters as well.)

A nightmare of 'correct' spellings

For both native English speakers and foreign learners, English spelling poses a nightmare of arbitrary and inconsistent "correct" spellings. In some cases they don't even have ancient pronunciation to justify them: "Doubt" was always spelled "dout" until some smartypants wanted to remind everyone that it came from the Latin "dubito." SaypYu offers at least the hope of a better way.

The problem for me with SaypYu is that it doesn't take enough account of the dramatic variations in English pronunciation -- variations of region, class, and education.

As Professor Higgins observed in My Fair Lady, "An Englishman has only to open his mouth to make some other Englishman despise him." And the story of course deals with Higgins's teaching a Cockney girl how to speak "correct" upper-class English.

The website says SaypYu would be pronounced in a way that would be "understood by the majority of people of who speak English, regardless of what those people's accents are." Try imposing that standard on the Australians, the New Zealanders, or for that matter the Newfoundlanders.

For that matter, how would we even spell "Vancouver" when most Vancouverites born since at least 1950 pronounce it with a strangled G as something like "Vangkewver"? And how would we distinguish "or," "oar," and "ore"?

Twenty-first century English, especially on the web, is like a gigantic family reunion full of relatives who barely know each other. They have some vague sense of a common origin, but each branch of the family has developed its own quirks and talents, its own version of the family story.

Whatever prestige the stay-at-homes may still enjoy, the expats have their own ways of expressing themselves -- ways that may mystify, delight and attract their distant cousins. Before you know it, some of those cousins are going out for a breath of fresh air and a chance to get to know one another better. They usually come back breathless and dishevelled, having shared some intimate time together.

Such encounters are frequent. English has always been a pushover for any other language it's come in touch with, including its own dialects. Our received English spelling was an attempt to take a snapshot in a small island of a living, growing language that was not about to be constrained by a few silly pedants.

A modern, global phonetic English would therefore be obsolete before we could even agree on what it ought to be. As it is, every anglophone nation has its own "Standard" English. Canada in particular struggles to distinguish itself with spelling that's not quite American and not quite British.

Even so, South Africans and Jamaicans and British Columbians can use present English writing to communicate, at least in writing. We may be, to paraphrase Oscar Wilde, great peoples divided by the same language -- but it is indeed the same language, preserved in slightly fossilized spelling.

To become truly universal, English would have to ditch not just its present alphabet, but alphabets in general. We could do as the Chinese do, and adopt a system of ideograms whose meanings are unrelated to local pronunciation. Mandarin and Cantonese are no closer than Norwegian and Italian, but a speaker of one language can understand the writing of a speaker of the other.

Somehow, though, I doubt that will happen. More likely we will muddle through with our present spelling even as our dialects become independent languages -- as Latin became Spanish, Italian, French, and Romanian.

No doubt, teachers of those future languages will predictably despair of their students' illiteracy.