Why are we so drawn to stories about violence and crime?

Not all of us are, “us” being a nebulous little group. North Americans though, indisputably, are consuming more true crime than ever, in the form of Netflix miniseries, podcasts, books and movies.

In B.C., many of our crime stories seem to revolve around police and RCMP misconduct, prohibition and colonialism. Reading about the crimes based in the province often simply means reading about our colonial history — and the reverse is often true, too.

This list offers recommendations for recent B.C.-based fiction and non-fiction: books we’ve read, enjoyed and learned from. Not all of them are true crime, and not all of them are historical, but they are all good reads.

If you want to learn more about the history of Hazelton, B.C., through the lens of true crime:

Murders on the Skeena by Geoff Mynett (Caitlin Press)

Murders on the Skeena tells the stories of several murders (and a robbery or two) that took place in or around Hazelton, B.C., in Gitxsan territory, in the late 19th and early 20th centuries. Using primary source documents, Mynett unfolds these murders in a way that manages to preserve narrative tension while explaining colonial and historical contexts.

The first case that Mynett explores is the 1884 death of Charley Youman, a settler who believed in his own “racial superiority” and didn’t follow local custom after the accidental death of a young Gitxsan boy who was working on a canoe crew hauling goods for Youman. Youman failed to offer condolences and compensation — or even inform the family of the boy’s death. So the boy’s father, Haatq, killed him. “By the law of the settlers, it was unquestionably murder,” Mynett writes. “By the law and customs of the Gitxsan people, it was lawful retaliation.”

For a peek into post-prohibition Vancouver:

“There was nothing I could do but try and calm my cows,” recounts a witness to an auto accident featuring a government official and a leader of the temperance movement to Max Trotter, one of several fictional reporters whose articles are interspersed in the narrative of Vile Spirits. The book, which features death, accident and intrigue, is set in Vancouver in a time when the city is in flux, ripe for struggles between bootleggers, teetotallers and legislators in search of a crowd-pleasing, power-grabbing happy medium. Also featured are the newly formed Liquor Control Board, and the Ku Klux Klan.

For a thorough examination of NXIVM, once popular in Vancouver:

Don’t Call It a Cult by Sarah Berman (Viking)

In Don’t Call It a Cult, Vancouver-based investigative journalist Sarah Berman tells the story of NXIVM, a supposed multi-level marketing company offering personal and professional development seminars, revealed as a recruiting mechanism for a secret society where women were branded and forced into sexual slavery. In her deeply provoking research, Berman tells how young women seeking employment opportunities were blackmailed into flesh branding, starvation and enslavement. More than just a terrifying true story, the author brings to light the silence around mental and physical abuse. By the end of 321 pages, Berman’s book reminds readers of how easily power, consent and women’s agency can be weaponized within a patriarchal and authoritarian society.

For fans of Breaking Bad or Ozark, a made-in-B.C. money laundering story:

In the Netflix series Ozark, a mild-mannered accountant struggles to launder stacks of cash through businesses, including a river boat casino, for the drug cartel he works for. In British Columbia, our own Ozark has been happening on a massive scale for years. Investigative reporter Sam Cooper peers inside the shadowy world of international organized crime to reveal how dirty money has moved through B.C. casinos, real estate and underground banking for decades — all while the provincial government repeatedly failed to act despite warnings from financial crime investigators.

For a killer in the Kootenays:

If you, too, watch the drama series Midsomer Murders and wonder how the hamlet maintains its cozy reputation despite what must be a surprisingly high per-capita murder rate, then the Lane Winslow series is for you! Set in and around mid-century Nelson, B.C. — and including liberal mention of the Nelson ferry — A Lethal Lesson is the eighth book in the series. It’s got a brisk pace, an ensemble cast and a nice number of interwoven narrative threads to untangle over its 450 pages.

For robbery and intrigue in a verisimilar contemporary Vancouver:

Hell and Gone: A Wakeland Novel by Sam Wiebe (Harbour)

Hell and Gone, the most recent Wakeland series offering from novelist Sam Wiebe, is set in a contemporary Vancouver that will immediately ring true to residents, involving a recurring figure selling Light in Darkness calendars; a UBC Museum of Anthropology exhibit on c̓əsnaʔəm, the unearthed Musqueam community hub; and VPD cars emblazoned with Coast Salish art. In between writing a report for a child support case and searching for an heir, private investigator Dave Wakeland witnesses part of a robbery that leads to seven shooting deaths. The violence he saw haunts him, bubbling up in italicized passages, as he dodges sharing details with the cops.

For a near-definitive look at city-building in Vancouver, including its sanctioned and unsanctioned crimes:

Becoming Vancouver is not billed as a crime book. Instead, it tells the (mostly post-contact) stories of the city — and the stories the city tells about itself. But of course, this involves a lot of what should have been criminal, even if it was considered the cost of doing colonial and later “world-class city” business: smallpox, Canadian Pacific Railway shenanigans, dispossession. There are, too, dashes of murder and police misconduct and corruption, racist riots, racist scandals — and, of course, overimbibing, temperance and prohibition. While Becoming Vancouver treads a lot of familiar ground, it’s also thorough and definitive, studded with effective maps and images, and told from a 21st-century perspective that offers neither boosterism nor sensationalism when it comes to the city’s history. 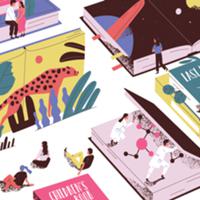 For a cobblestone-y creep around the city:

Ian Gibbs, a guide for Victoria’s Ghostly Walks tours, published Victoria’s Most Haunted: Ghost Stories of BC’s Historic Capital City with Touchwood in 2017. Four years later, he’s back with a Vancouver chapter — some of which emerged from stories readers shared after consuming his debut. Ghost stories are the most fun when the person telling them is at least in part a believer, and Gibbs fits this bill. At the close of a chapter about Burnaby’s Fairacres Mansion, for example, he writes that he “would not be surprised” to learn about other reports of ghosts and paranormal activity in the area, as the mansion “seems like a train station of energy... with plenty moving through, and often very busy.” The most Vancouver-y moment, though, might be at the Alibi Room, when ghostly footsteps refused to heed a “quiet on set” warning during a movie shoot. Hovering milk containers, rich old ghosts, a peek into historical Vancouver mansions — the only thing missing is more than one passing X-Files mention.