As a kid, Nina Schuchort was a picky eater who didn’t like to eat her vegetables. Her parents’ quick fix to this problem was to offer a reward if she finished her plate: a single, limited-edition Neon Oreo, jammed full of colourful green, blue or orange crème.

“Sugary foods were a big no-no in my diet,” Schuchort says. “My parents allowed me one cookie.”

When Schuchort, now 34, recently visited Ricardo’s Kandy Korner on Marine Drive in White Rock, it had been years since she’d thought about the cookie, which she remembers as having been discontinued about 28 years ago. (The Tyee sadly hasn’t yet heard back from Mondelēz International, Nabisco’s parent company, for official confirmation.)

Ricardo’s Kandy Korner features a slushie machine, a hard-to-find-cereal selection and a seemingly never-ending bulk candy wall. In the centre of the store, a flower wall with Astroturf and neon script reading, “Sugar High” sits, Instagram-ready, waiting for customers to pose with their finds.

Schuchort’s eyes fell on an Oreo cookie packet that brought her straight back to childhood: Lady Gaga Oreos, featuring pink-hued cookies stuffed with green crème. A QR code on the bottom of the packet invites the buyer to make personal recordings, convert them into Gaga-themed musical messages of kindness and send them to loved ones.

The eponymous Ricardo, an immigrant from Afghanistan, moved to White Rock in 2001. Before opening the Kandy Korner, he owned a cannabis accessories store called Sunlight that also carried snacks and sodas.

Last month, he split the candy sales off into their own store; Ricardo’s Kandy Korner instantly took the title of Metro Vancouver’s biggest candy store.

A modern-day Willy Wonka, Ricardo Rizae takes a curator’s eye to candy, aiming to stock the shelves with rarer offerings and those recalling street hype and pop culture. Dunkin’ Donuts cereal, “stapler in a jello” strawberry jelly (straight from The Office), and Chick-fil-A secret sauce are just some of the things you can find.

Open from 10 a.m. to 11 p.m., the store’s hours indicate the type of crowd it hopes to draw. Kiernan Bailey, Ricardo’s PR and social media manager, says things pick up after 5 — drawing customers looking for their perfect “drunk treat.”

Many of the Kandy Korner’s customers, including Schuchort, come from a loyal customer base Ricardo built at Sunlight. 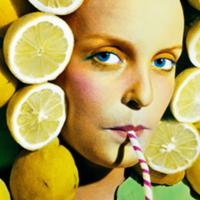 “The idea for this store was just winged,” Ricardo says.

But it’s clear that street hype culture plays an important role — and though Ricardo’s Kandy Korner and Sunlight aren’t connected, it’s not unprecedented for cannabis culture to percolate through to snacks.

Other businesses, like Dario Torres and Taylor Trachtenberg’s the Super Snack Store in New York, make the link between hype culture and snacks explicit: “I know this is crazy,” Torres told Highsnobiety in 2019, “but $25 for a soda that you can only get in a Chinese vending machine is cool.”

“It reminds me of my childhood when I used to go to 7-Eleven, and we would get one small bag to fit in our favourite treats from the candy wall,” says Schuchort. “But I don’t remember seeing as many flavour choices as Ricardo’s.” 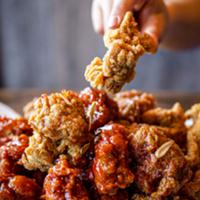 The second time The Tyee chatted with Schuchort, she was back in White Rock and on her way to visit Ricardo’s Kandy Korner with her mom. She’s been back several times since attending the store’s grand opening party on June 18.

And she’s not the only one: business is booming. Ricardo has restocked most of the items on his shelves four times so far.

“It’s become a custom for my mom and I to pick up tons of goodies every time I visit her in White Rock,” Schuchort says.

While some shoppers manage to step away with a single pack of Oreos or some Funfetti icing, most find themselves enticed into dropping a wad of cash — either on a giant $40 Pez dispenser, the shop’s most expensive offering, or, like its first-ever customer, a somewhat jaw-dropping list of candy must-haves totalling $130.