Millions of visitors to the Art Gallery of Ontario have seen Emily Carr’s Gitwangak, Queen Charlotte Islands over the last 15 years.

Art experts and scholars have examined the oil-on-canvas painting of northwest totem poles since Carr captured the scene more than a century ago.

So it’s odd that a British retiree researching family history in a small town in West Yorkshire in the U.K. was the first to notice something was wrong.

Jan Bridget was trying to organize a photo collection left by her ancestor Will Sutton and discovered Carr’s paintings sometimes showed the same B.C. scenes, offering clues to the locations of his photos of early British Columbia.

“I was looking at the photographs that I’ve got and trying to find out where they were,” says Jan Bridget. “I realized, it should in fact say, Gitwangak, Skeena River.”

Carr painted the piece during a 1912 solo journey up the West Coast. Gitwangak is a Gitxsan village located on the Skeena River about a kilometre from Kitwanga, a community of fewer than 500 residents.* It’s about 300 kilometres due east of what was once known as the Queen Charlotte Islands, now named Haida Gwaii.

When Bridget pointed out the error to Art Gallery of Ontario staff, they quietly removed the geographical location from the painting’s title on the gallery website. But it persists widely on the internet and dates back decades, if not the century.

Around 1952, it was acquired by A.H. Laing, father of G. Blair Laing, a Toronto-based art dealer who at some point sold the piece to Canadian billionaire Kenneth Thomson, a member of Canada’s wealthiest family and art collector. The Thomson family made its fortune — around $42 billion in 2019 — in newspapers, travel, North Sea oil and information publishing.

When Thomson acquired the painting, it was named Gitwangak, Queen Charlotte Islands, a representative for the Thomson family confirmed via the AGO.

It’s possible that in the painting’s early years, a curator took liberties with its title.

Jan Ross, curator at the Emily Carr House in Victoria, wouldn’t completely rule out the error being the artist’s doing. 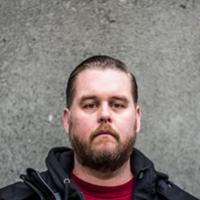 “I always say she’s authentic, but she’s not always accurate,” says Ross, who describes Carr as a storyteller who encapsulated time periods but took liberties with reality. “She says things at times that are literally not true, but for effect.”

The painting’s name might have eventually become an issue in any case. Two years ago, the art gallery sparked controversy when it changed the name of a 1929 painting that Carr had titled Indian Church to Church at Yuquot Village. Gitwangak might have been subject to similar scrutiny, given that the Queen Charlotte Islands are now Haida Gwaii.

Meanwhile, Bridget is continuing to gather information about the complicated legacy of her ancestor Will Sutton, who moved to B.C. in the late 1870s. Sutton worked in forestry and mining, ran unsuccessfully for MLA twice and is credited with pushing for the preservation of wild places, including what is now Strathcona Provincial Park. But he’s also remembered for an interest in phrenology and digging up Indigenous graves to steal skulls.

Bridget is still waiting to hear back from the AGO.

“I thought it was poor show, frankly,” she says. “I think the least they could have done was say, ‘Thanks, Jan, for pointing that out to us.’”

*Story corrected on June 30 at 2:43 p.m. to reflect the difference between Gitwangak and Kitwanga.