Mark Vonnegut lost his mind in the wilderness of British Columbia in the early 1970s. His account in The Eden Express of his journey in and out of madness is still the best description of psychotic experiences that I've ever read. The book is also a tribute to the idealistic vision of his era, now regularly mocked, of young people trying to figure out how to live together in peaceful, self-invented communities away from mainstream culture. 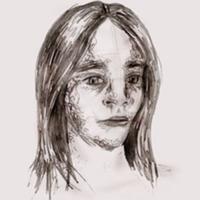 'After Her Brain Broke'

Because Mark was part of a group of people I knew from Swarthmore College who had started a commune in the forests 12 miles north of Powell River, tales of his encounter with insanity found their way to those of us still in school. In those days, we were enthralled with R.D. Laing's politically correct mantra that "Insanity is a sane response to an insane society." He and other prime movers of hippie consciousness saw psychotic episodes, about which we, in fact, knew nothing, as valuable altered states. They were to be considered as akin to shamanistic revelations pointing the way to "deeper truths."

When I actually saw Mark, soon after coming to Vancouver, and after we travelled up to Powell River together, he had begun to write his memoir. By then he was past the experiences that had shredded his psyche and was more than adequately lucid. He would refer to things that had happened during his ordeals and say, "That's going in the book," a useful approach to chaotic experiences that came back to me many years later when my own daughter plunged into the hell of a serious mental illness.

Mark soon left the commune, returned to Massachusetts, went to Harvard Medical School, and became a very successful paediatrician. His new memoir, Just Like Someone Without Mental Illness Only More So, mostly focuses on these later years. However, people with an abiding interest in Mark's father, iconic writer Kurt Vonnegut, will learn more about him than they did in Mark's earlier book. With wisely seasoned age, Mark offers both a more insightful and balanced perspective on this brilliant and troubled man.

Mark's memoir will appeal to many people for many reasons. His take on medical education and especially his inside look at Harvard's program, is fascinating. This was the only one of the 20 med schools to which he applied that accepted him. His comments on the contaminated relationships that physicians have to establish with insurance companies are also illuminating for anyone thinking that privatizing medical care in Canada is a viable option.

The most valuable aspect of the book for people whose lives have been blown apart by a serious mental illness of their own or, as in my case, in a family member, is his open and sensible probing of his own experiences with a difficult brain. When my younger daughter developed a catastrophic schizoaffective disorder 10 years ago, Mark was one of the first people I contacted to help me get a grasp on what we needed to learn. His kindness and compassion meant a lot to me even if he wasn't in a position to offer specific advice.

As I suspected, his diagnosis of schizophrenia that we learn about in The Eden Express had been eventually replaced with that of bipolar disorder. Basically this meant that even though he had dealt with psychotic experiences, he didn't have ongoing struggles with the frequent components of schizophrenia. Although it sounds like he, like his mother, did continue to experience voices, they didn't fit into any kind of delusional system.

Nor did other common aspects of what are known as positive symptoms of schizophrenia (e.g. other hallucinations, ideas of reference) plague him. He didn't have the negative symptoms of social withdrawal, lack of affect, poverty of thought, or inability to experience pleasure that can develop. And he certainly didn't have to contend with any of the cognitive losses that can occur. Mark's keen intelligence and well-integrated creative sensibility helped him rebuild his life, a life that he realized could easily stay completely derailed by his experience with serious mental illness. 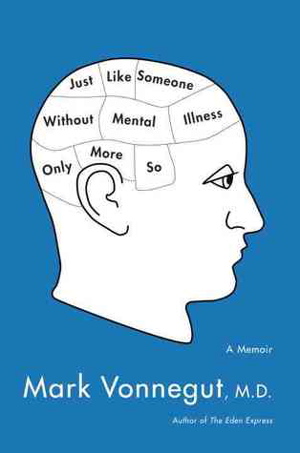 When Mark was recovering from his initial psychotic episodes, he revisited the naïve views about mental illness that were popular in alternative culture and that, surprisingly, are continuing to have an impact. His article for Harper's, "Why I Want To Bite R. D Laing's Leg" challenged people to separate their urges to conflate independent thought with the mystique of psychosis. Mark became one of the first high-profile people to use his experiences to advance the grim state of public education about these disorders. He eventually connected with the work of the National Alliance for Mental Illness, the U.S.-based group that is a world leader in helping consumers of mental health services, their families, and mental health professionals incorporate science-based approaches to understanding the neurobiological illnesses of bipolar disorder, schizoaffective disorder, and schizophrenia.

Insanity isn't a sane response to anything. Mark wouldn't agree with some current Canadian mental health commentators who once again want us to think of "mental health problems as a response to social stresses, to a history of loss, and to experiences of trauma and abuse. . . they are illnesses but they are normal reactions to life. . . " -- from Schizophrenia of Society board member Neasa Martin's presentation on Sept. 9, 2009, to the Ontario Select Committee on Mental Health and Addictions.

Mark doesn't think that his illness is just a normal reaction to life's problems; he carefully describes how a psychotic relapse he suffered many years after the onset of his illness was related to his problematic decision to suddenly stop taking a sleeping medication to which he'd become addicted.

In defence of Lithium

Mark is very clear about the fact that the ongoing stability and success of his life has been built on his willingness to use lithium to keep his bipolar disorder under control. His criticisms of pharmaceutical companies are as sharp as any anti-medication ranter and his anguish about the side effects of long exposure to lithium, especially his problematic hand tremor, is palpable.

Mark never claims that society's problems or the behaviour of his parents gave him his illness. Mark knows that most people don't lose their minds when their girlfriends are unfaithful or their parents divorce. He lays out the stricken genetic pool of his extended family that provides the context for the development of his disorder. 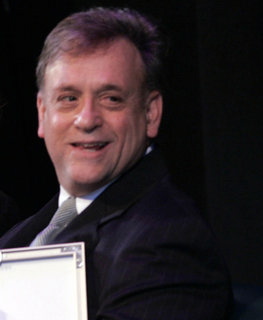 Canada is currently experiencing a crisis in mental health care. If Mark were again wandering the streets of Vancouver in a delusional state, he would barely be noticed. The devastating impact of untreated mental illness has had its way with many homeless people who are constantly visible. Since one of the most common characteristics of psychosis is that people don’t understand that they are ill, people often refuse treatment. Particular points of view about what constitutes human rights have begun to prevail and it's becoming more difficult for ill people to receive the treatment that their illnesses make them want to refuse. I know many consumers and even more families who understand the deadly consequences of protecting people's "rights" to be mentally ill. Many families, including mine, have endured the painful struggles of helping an ill family member receive treatment against their will; we are rewarded when the person, well again, thanks us for fighting on their behalf.

Mark was fortunate that when he became ill, his friends, misguided as they were in some of their ideas, knew enough to ensure that he was hospitalized in Vancouver until his illness could be stabilized. Today, because of various barriers to treatment, he might not be so lucky. However, in the case of a relapse in the U.S., he might be much more likely to receive treatment even if he didn't understand that he needed it. Although the mentally ill in the U.S. are even more apt to end up in prison than in Canada, the U.S. has begun responding to its crisis in mental health care by making it easier to help ill people get treatment. In recent years, 44 states have decided to have some form of assertive outpatient treatment which enables the law to help, rather than hinder people to emerge from debilitating and dangerous psychotic episodes. (See www.treatmentadvocacycenter.org)

There is a lot of discussion in mental health circles these days about how best to promote recovery from a serious mental illness. Mark's book needs to be read by people who want to understand how one man's efforts to thoroughly understand his mental illness and his need for drugs that, flawed as they are, have enabled him to rebuild his life. His memoir lets us know that this life is full of love, highly productive work, and a creative vision that has been realized through the restoration of sanity.