In 2009 Ricky Rubio became the first player born in the 1990s to be drafted into the NBA, meaning that he was a mere six years-old when Swingers became the de facto introduction of a burgeoning dance movement then localized mainly in California. The treacly Swing Kids came out three years earlier, but whereas Swingers portrayed the scene as a very effective way to meet potential partners, Swing Kids framed it as a highly ineffective way to combat Nazism. 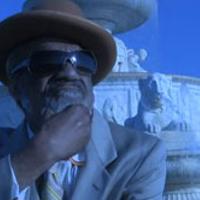 The swing revival made temporary stars out of bands like Big Bad Voodoo Daddy, Squirrel Nut Zippers, and Cherry Poppin' Daddies, which featured the ornate instrumentation, if not the sheer musical chops, of progenitors like Benny Goodman and his orchestra. Much like the big beat scene that preceded it -- another dance music genre that crowned The Prodigy and Fatboy Slim as next big things only to yank their crowns a year later -- the swing revival faded away, with none of those bands really leaving a lasting impression.

However, as is written in the Pitchfork Bible, what musical genre once was popular will rise again, accompanied by a certain amount of computer-based rhythm. Young Rubio may have missed one swing revival, but at 22 he's in the perfect position to capitalize on its re-revival: electro swing. Categorized as swing music blended with house, electro swing threatened to break out in 2009 with the release of a compilation album and its extensive use on Boardwalk Empire. The groundwork for the sound had been established even before the first swing revival; if you were of age in the mid-'90s you'll probably remember a fantastically shot black-and-white music video by Michel Gondry of a smooth-talking Lucas Secon taking his lid off.

I say threatened because as of this writing electro swing is still largely absent from top 40 lists, a good thing considering the first swing revival was essentially killed by too much good fortune, the original bands becoming thin caricatures of themselves. The new wave of bands, like Caravan Palace, further distinguishes itself from artists like Lucas Secon and Mr. Scruff by eschewing samplers for acoustic instruments. The result is a sound that is revivalist, nostalgic, and brand new, all at the same time.

Caravan Palace hail from France, and their website has the idiosyncratic language to back that up (Infos! Lives date! Curves of their beats!). They've clearly studied the golden age of jazz, dance moves and all. You can stream the lead single of their new album, "Rock it for Me," off the site, but I recommend you watch their live performance at Le Trianon instead. This is not contemplative music. They are, unabashedly, a dance music band, but one with a foot firmly in the now. They don't have a traditional drummer, replacing that role with a DJ and several multi-instrumentalists like the single’s clarinet/snare drummer.

Caravan Palace - Rock it for Me"

To be honest, listening to Caravan Palace is a little like watching a great meal. You really need to be moving to appreciate them, preferably live in concert but, if not there, then at least while on your feet. Swing is the first music I ever heard where I realized, "Hey, there are actual moves that you do to this." Electro swing brings that flooding back, with harder beats for my increasingly immobile knees.