Many factors can make a Christmas hater -- choking on Lego, early exposure to the Star Wars Christmas Special, Fox News. But for some it's the music. Like the third-rate candy that briefly goes mainstream to fill Halloween demand, the likes of Burl Ives and Andy Williams re-emerge to set up camp in your ear canal come the holiday season. Even John and Yoko get tiresome after awhile. 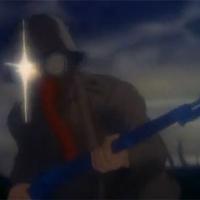 Is This the Weirdest, Best Christmas Special Ever Made?

And yet it seems we haven't heard the half of it. There exists a Christmas music underground full of rare tracks and unheard oddities, treasured by collectors and celebrated by the likes of John Waters. Vancouver filmmaker Mitchell Kezin is on it. His documentary Jingle Bell Rocks!, scheduled for 2012 release, will offer an introduction into a festive world where White Christmas gives way to Santa Claus is a Black Man.

Kezin, a 47-year-old Emily Carr grad, has long been a fan of offbeat Christmas tunes. "Since 1991 I've been sending out Mitchell's MerryMix, sharing my latest Christmas finds with friends," he says. Then in 2005 he came across a Christmas music collection from Dana Countryman's now-defunct magazine Cool Strange Music, aimed at the underground collector's market. Kezin realized he wasn't alone. And that he was looking at the template for a documentary film.

Kezin knew he had to track down collectors and artists. He also wanted desperately to connect with John Waters. As seems to be the case with so many sub-cultures, Waters is a godfather of the alternative Christmas scene. The 2004 New Line Records release A John Waters Christmas unearthed such nuggets as Santa Claus is a Black Man by Akim and the Teddy Vann Production Company, a track previously unheard outside of a few Brooklyn neighbourhoods. In his plan to connect with Waters, that record would be Kezin's ace in the hole

Kezin had tracked down a copy of the Teddy Vann Production Company album on ebay. ("Cost me $160.") Knowing that Waters had never been able to find a copy of the full LP, Kezin prepared to fork out even more money. Waters was scheduled to come to Vancouver in 2009 with his touring show, A John Waters Christmas. A special $140 ticket earned you admission to a meet-and-greet with Waters himself. Things got even pricier for Kezin when the Vancouver show was canceled and he had to catch the show in New York. But at last, success -- Kezin, Santa Claus is a Black Man LP in hand, met Waters and pitched him on Jingle Bell Rocks! "In the confusion of the moment, Waters thought I was giving him the album," Kezin says. "He was overwhelmed -- thanked me profusely, and took it away."

Luckily, Waters had also taken Kezin's press kit. A couple of weeks later Waters sent an email expressing interest in participating. And the album? "It became a $160 gift," Kezin says.

Waters has said his love of obscure seasonal tracks began with hearing Paul "Fat Daddy" Johnson sing "I'm Fat Daddy" on Baltimore R&B stations. For Kezim, it began with the discovery of Nat King Cole's "The Little Boy That Santa Claus Forgot" and Miles Davis' cynical "Blue Xmas (To Whom It May Concern)." Nowadays Kezim is busy tracking down some of the people responsible for other beloved tracks. "I'm in Venice Beach, California right now," he says, "interviewing Margo Guryan who recorded one of my favourites, 'I Don't Intend to Spend Christmas Without You.'" 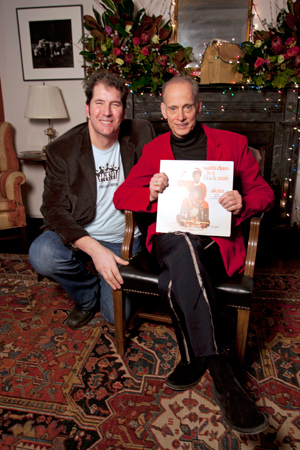 It's the collectors who are key to preserving the underground Christmas music scene. "They are the preservationists," Kezin says. "These unknown songs are cultural artifacts. And they deserve to be recognized and valued, and that is what the collectors in this subculture are doing. They spend extraordinary amounts of time searching endless bins at used record shops, church basements, flea markets, thrift stores, record shows -- the term is 'crate digging.'"

Two of the film's key collectors are Bill Adler of New York, and Chicago's Andy Cirzan. "Once they've gathered up their discoveries over the year they compile the best into audio Christmas cards," Kezin says. "They add extensive liner notes, graphic artwork and inserts, usually a personal anecdote, and package them up."

Fox News can get a head start on their outraged reviews right now -- none of the songs in Jingle Bell Rocks! represent a religious point of view. The proliferation of Christmas tracks often seems to be driven by other concerns. "Certainly some artists have to put them out because they are contractually obligated," Kezin points out. "That was the case with Miles Davis at Columbia Records in 1962, and the result was the Davis/Bob Dorough collaboration B'lue Xmas (To Whom It May Concern)'."

"Others do [Christmas records] because they don't agree with how the holiday has been co-opted by commercial interests or the record business, or they have a more cynical take on the holiday that reflects their own personal feelings toward the season.

"Also, it's just really fun to record one, I would think."

Jingle Bell Rocks! is being released next year by Montreal's Eye Steel Film, the company that also released the acclaimed documentary Last Train Home. It will make its eventual television debut on Knowledge Network.