Last week the Internet went into a mini-tizzy, as it often does, over an enigmatic message appearing on Apple's frontpage. Speculation was rampant, ranging from a cloud computing service, to iPad updates, to what turned out to be the actual announcement itself, made the next day, when it was revealed that at long last The Beatles had come to iTunes. 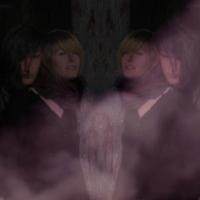 Judgement was swift. "Is that all," judgement said. "Anyone who wants The Beatles already has The Beatles." Or, "This is the worst thing that ever happened and my life is ruined and Apple is Satan." (I might have made that last one up.) Naturally with any mention of The Beatles came the inevitable assessment of their role in popular music and also, inevitably, the determination that they were overrated.

Musical taste is, we can all agree, subjective. You either concur with the writers of this column or you think we're mad. It also tends to be immediate, with opinions formed almost instantaneously. So I would never suggest that The Beatles are somehow essential for your collection, and I don't insist, as many do, that you simply must like them. But saying they're not important is like claiming Picasso had no influence on painting, or Shakespeare on literature.

The Beatles - "Here Comes the Sun"

So yes, for a 2010 Music Pick I am suggesting you listen to The Beatles, primarily because I think they represent every cliche about familiarity breeding contempt; of something becoming ubiquitous to the point that everyone ignores it. Yet, despite all that, within the first week people bought two million Beatles' songs from iTunes. The most downloaded, perhaps unsurprisingly given the weather, was "Here Comes the Sun."

There are songs that capture a physical reality perfectly. Listen to Gioachino Rossini's "Call to the Dairy Cows" and you can't help but see a forest clearing in spring with opening flowers. "Powerhouse" by Raymond Scott is inextricably linked, perhaps largely through Looney Tunes, with madcap factories and Rube Goldberg machines. I would argue that "Here Comes The Sun" has the same evocative power, the opening notes on guitar, courtesy of George Harrison, sounds so much like parting clouds that you barely notice what the lyrics tell you.

So, as temperatures in Vancouver drop below freezing, I urge you to listen again to something you've probably heard many times before, but perhaps to which you have not quite listened.